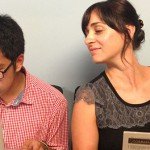 Confessions of a cyberstalking mom

One tech fanatic sets her kids free online and then spies on them relentlessly. Is this the right way to parent in the digital age?

“Just say no!” she said with authority. “And stick to your guns.”

We were at a dinner party at a friend’s house when a parent who takes a hard line on social networking began offering advice. Even though I strongly disagreed with her, I didn’t want to spoil a pleasant evening so I headed to the buffet. I’m not one to shy away from a good argument, but when it comes to kids and technology, my perspective is different than many parents’ — and that’s probably putting it mildly.

I’ll come clean: I’m a tech geek. I’m enamored with technology; not only that but I’ve been making a living writing about it for some pretty geeky publications — PC World, PC Magazine, Popular Science, and many more — since Mark Zuckerberg was in kindergarten. I have two kids, ages 14 and 17, and there’s no doubt that my love affair with technology has influenced my parenting, especially when it comes to letting my kids loose in cyberspace.

My attitude has been, essentially, Bring it on! I give my kids almost complete freedom to use Facebook, Instagram, Tumblr, Twitter, smart phones, GPS location tools, and anything else they want. Much the same way my parents saw the bicycle, despite its potential dangers, as a way to give me freedom to explore the world, I see social media as a way to let my kids find their voices. Most important, I don’t leave them out there to fend for themselves. I use these same tools to keep an eye on them — whenever possible. Some people might call this cyberstalking. Others might call it lax. I call it smart parenting in the digital world.

As parents, we can’t expect our newly fledged human beings to sort out such massive technological and social changes on their own. And while the hardline approach — “Just say no” — isn’t as bad as ignoring your kids’ online behavior, both strategies ultimately leave them unsupervised in potentially dangerous territory.

Of course, plenty of parents may not agree with my approach, but the reality is that most kids today, especially teens and tweens, are spending much of their time online, parental approval notwithstanding. They may be digital natives, but that doesn’t mean they know what they’re doing. Research by the Family Online Safety Institute found that 43 percent of teens admitted they’ve posted something online that they later regretted.

A recent study concluded that “many young people choose to take risks by posting intimate, personal information and/or questionable commentary online, often without parental awareness,” — and do so even though they are aware of potential dangers. Based on this research, the study authors urged that parents “not be afraid to act as a guide to their child.”

Along with following this sage advice, watching my kids as they venture out into this amazing new world gives me a hundred ways my parents never had to help my kids grow. I can see sadness, drama, and new interests unfold with a glance at my phone. I “meet” the friends they never bring home. Sure, it requires keeping up on a bazillion privacy details, teaching ground rules, coaching social skills, and spending time “stalking” them in their networks. But I think that comes with the parent territory these days.

Of course this brave new world makes parents nervous, and I get it. The mom delivering the uncompromising lecture at the dinner party was talking about her 8-year-old who wanted to get on Instagram. A photo sharing social network where the privacy setting is, by default, public is not the place for an 8-year-old. But there are social networks designed for young kids. A more forward-looking response might have been, “You’re too young for Instagram. The social network you’d like is Club Penguin (or Everloop, or Runescape.) Let’s check it out!”

Signing on together would give mom an opportunity to supervise, whereas an all out ban won’t necessarily keep a child away from a network. But it might teach the child to simply sign up without telling mom. (According to Pew Internet, 39% of online teens lied about their age to get an account.)

So if the request didn’t go away when my daughter was young, I sat down with her to look at the site and hopefully dispel the excitement with hard facts. If that didn’t work, we set a date when she would be allowed to join. Or, if I decided it was the prudent course,we joined together.

When it comes to teaching kids tech smarts, location-aware social networks — the “Check in” feature on Facebook, location tagging in Twitter, and Foursquare — merit instruction. Using a smart phone’s GPS, the site allows you to broadcast your location with a couple of taps to “Check In” and share it with whatever part of your social network you choose. These tools scare the bejesus out of some parents, while others are completely unaware they exist. And they are a good example of why kids need to be taught to use social media safely.

It is without doubt dangerous for anyone — especially a young teen girl — to broadcast her precise location to a large and faceless crowd. But consciously broadcasting her location to a carefully curated group can be an easy way to find her friends at the mall — or share her whereabouts with mom and dad. Good or bad, these tools exist, and would be easy for any smart-phone wielding kids to use without their parents’ knowledge. For me, the smart play is to get there first and teach my kids how to use the tools well.

So on a recent vacation, I asked my kids to download Foursquare to their smart phones. I showed them that the app could post their location to Facebook and Twitter and how to shut that feature off, and we created a small group that they could share with — a group that included me. Then one morning, while the kids were sleeping late, my husband and I went out for coffee. Using Foursquare, I shared our location and a tempting menu of pastries with them. They got up, used the navigation to locate us, and showed up at our table. Since they had found us just by using my check in, they could see how a stalker could do the same thing. Then we all ate pastries.

Granted, my success in teaching my children about social networks has created its own problems.

My son has become good at false identities, locking down privacy settings to keep me out. A few years ago he created a completely separate Facebook account and migrated his friends over to the new one. He left the old one alive and well, even posted witty announcements to it, just for his dad and me. And we fell for it — until, one day he accidently chastised a friend on the old account: “This account is just for my parents, dummy. Post this kind of stuff to my real page.” We had been completely played.

I considered getting back at him by posing as an adorable high-school freshman girl and friending him on the new page. But I took the high road and insisted that, at his age (14 at the time), I had to be on his friends list or he would lose Internet access. I got refriended and this decision alone told me he wasn’t hiding from me for dark reasons. Teens just want privacy (and they need to be repeatedly reminded that social media sites are the last place you should go to seek it).

My conversations with my son about social media now focus on how to create a public self that reflects his accomplishments, rather than the silly jokes he shares with his peeps. A positive social media presence is a valuable asset. So I find myself telling him about networks like Zinch.com and Cappex.com, designed to help kids connect with colleges — and to seek out college admissions officers and adult mentors to friend on his networks.

Social media can be deadly when it comes to college and job opportunities. A 2012 report by Kaplan Test Prep found that 35 percent of college admission officers surveyed said they’d “discovered something online about an applicant that negatively impacted their application” — up from 12 percent in 2011. In another study, hiring managers and human resource officers at two out of five companies surveyed said they use social networking sites to screen job candidates.

But parents should also talk to kids about how their social networking in essence creates a personal brand whether they like it or not. If your brand screams, “Beer pong champion!” it won’t get you far outside of the party. But if you convey that you’re a deep thinker who reads Crime and Punishment, spends Sunday afternoons at a soup kitchen, wrote the song you just played and posted — it will be always out there advancing your goals. Getting my son to think of the world as bigger than his immediate social network is a big conversation and we’re only just beginning. But it’s one that will allow him to turn his social media skills into a powerful and positive tool.

The age of unfriending

My daughter is just at the dawn of the Age of Unfriending (when kids try to rid their social networks of pesky parents and anyone who would rat them out to same). It doesn’t necessarily mean kids are up to anything nefarious. Right now, my daughter alternates between welcoming me into her social networks and ordering me to leave. I might be able to stop her from unfriending me with the reliable, “I don’t buy computers for people who aren’t friends!” line. But I can’t stop her from creating an isolation list for me. So, in addition to never commenting on her posts or reacting with punishments, I do a lot of strategic online gifting. Would you unfriend someone who just posted an H&M shopping spree on your wall?

Of course, I find a way to talk to her about anything risky I see her doing online. That’s the point of all of this surveillance in the first place. I initiate these discussions in her room with the door closed, not online or in front of her friends. At 14, she no longer wants her friends to know she learns anything from me. She might even ignore or yell at me while I’m talking to her to convince herself of this. But my message usually gets through. In fact, I’ve seen her use information from our chats to inform her friends.

Would taking a hard line with my kids be easier, or better for them in the long run? I doubt it. They would find a way, with or without me, to use social media. And that would mean they would have to learn a lot the hard way…in front of hundreds of friends and countless strangers. And besides, they are my favorite people in every social network I frequent, even if they are — sometimes — a bit juvenile.