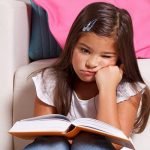 Famed educator Marva Collins shares her secret for getting even the most recalcitrant readers to succeed.

In education circles, Marva Collins is a living legend. So much so that her story — about founding the Westside Preparatory School in Chicago — became a made-for-television movie starring Cicely Tyson. Collins also authored 7 books, including Marva Collins’ Way, in which she shared her educational method that helped turn struggling inner-city students into academic superstars, many of them Ivy League graduates. Here, Collins talks about how she inspired kids to read:

Bruce Feiler
The bestselling author of The Secret of Happy Families did his research and discovered the best way to respond. Format: Video (1:39)

Carol Dweck
Read between the lines, says Stanford psychologist and Mindset author Carol Dweck. Why? Because kids mean something very different when they object to reading. Format: Video (1:06)

Jane Bluestein
Don’t force it, advises education consultant Jane Bluestein. If a child resists reading, there are plenty of ways to lure him in. Format: Article