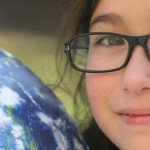 Advertisement
Parenting » Education trends » Your child vs. the globe

Your child vs. the globe

If education experts can't agree about the meaning of international assessments, what are parents supposed to make of them?

You may have heard about the test scores of American 15-year-olds in an international test called Program for International Student Assessment (PISA). Scan several newspapers or websites and the quick takeaway is that the test results:

To an outside eye, PISA results function like a modern-day Delphic oracle. Believers put great stake in their power to predict the future and reveal deep truths. Skeptics dismiss them as Kabuki theater or worse — part of a campaign to turn citizens against public schools. Either way, the tests are subject to such widely divergent interpretations it can make you feel you’re back in school sweating over one of those standardized test questions that can’t be answered by a, b, c, or d.

First the facts nobody disputes

Every three years, the Organisation for Economic Co-operation and Development (OECD) tests a representative selection of a few thousand 15-year-olds in 65 nations and a number of regional entities (such as Shanghai and Florida) in math, science, and reading. Since it was first offered to 32 countries in 2000, PISA has become increasingly influential both as a badge of national pride (or shame) and as an informational crowbar to push education reform.

So where does America stand?

According to the just-released 2012 PISA results, U.S. students are standing… still. Our test results have not changed since PISA results were first announced a decade ago. We fall into the average bucket in reading and science when compared to other industrialized nations, but below average in math, where our scores are on par with lower-performing nations like Italy, Spain, Portugal, and Russia. What’s particularly alarming is that our standing is falling, since many other nations are improving while the U.S. treads water.

This means that America not only ranks behind top-performing Asian economies like Shanghai, Hong Kong, Singapore, South Korea, and Japan, and affluent western nations like Finland, Estonia, and Canada — but some poorer nations like Poland and Vietnam.

This year three U.S. states — Massachusetts, Connecticut, and Florida — also took the test and their scores reflect steep differences in state-to-state education performance. Massachusetts, which is known to have not only the highest education standards in the country but also a population with a relatively high socioeconomic level, ranked above average in math, just about the same as Belgium and Germany. Connecticut students also performed above average. But Florida, which has a more diverse population, ranked below average in math — on the same level as long-suffering Greece.

Isn’t it all just about poverty?

Yes and no. There is a marked achievement gap between poorer and richer kids in the U.S., as there is to some extent all over the world — but that gap is greater in the U.S. than in many other OECD countries, and other countries with high poverty rates are doing a better job tackling the problem than we seem to be. Still, no matter their parents’ income level, U.S. students score below average in math compared to their peers with similar socioeconomic levels.

The point, for parents

In simplest terms, “America is not doing very well internationally,” explains Eric Hanushek, educational economist at Stanford University’s Hoover Institute. “So that means somebody at the average in the U.S. is not competitive with kids who are considered average from other countries.”

Indeed, one of the most important stats for parents of high achievers is that we produce so few students who score at the highest achievement levels by international standards. (Only 9 percent of U.S. students scored advanced in math compared to the 13 percent of students on average from all developed nations and 55 percent in Shanghai.)

“This is important context for parents, especially those whose children tend to do well on American exams,” says Michael Petrilli, an education analyst at the Fordham Institute. “We need to be careful not to be complacent. Our kids might be at the top of the pack in the U.S., but that doesn’t mean they are at the top of the pack globally.”

Amanda Ripley, author of the bestselling Smartest Kids in the World, recommends that parents use these test results to focus on their children’s math education. “For parents, these results show us that we are systematically underestimating what kids can do, especially in math at every socioeconomic level. Our affluent kids underperform affluent kids in 27 other nations. Math is our weak point for teachers, students, parents, and principals. It’s okay and not the end of the world, but we should pay attention to it.”

Sometimes yes, but PISA has buy-in from many who criticize our test-crazed culture. “On one level, people shouldn’t read too much into PISA scores,” says Sam Chaltain, author of the forthcoming Our School: Searching for Community in the Era of Choice. “Too often, we use [them] as simple proxies for more complicated conversations about teaching and learning, and like other tests, all PISA can offer is a partial window into the overall health of our schools. On the other hand, of all the tests worth paying attention to, I put PISA at the top of the list, primarily because the skills it measures in children go beyond basic understanding and require a deeper level of critical thinking — exactly the kind of thing we want all schools to be doing a lot more of.”

“A lot of parents say, ‘Who gives a crap about a test?’ and I totally understand this perspective,” says Ripley. “But this is not a stupid test. It’s more predictive of who will finish college than report card grades.” Ripley took the test herself in researching her book and found that it tested just the sorts of things that she hoped her 7-year-old would be able to do when he was 15. “It’s about how to take complicated information and make it useful — which is exactly what we have to do in our lives every day.”

“Take a hard look at the Common Core State Standards and look at math in particular” advises Ripley. “There’s a roiling debate about [the Common Core State Standards] all across the country, but you should decide for yourself what to think about them.” In Ripley’s view, these new standards align more closely with international expectations of what kids are capable of in math.

“If you like what you see, then make your voice heard and tell your school what you think,” says Ripley. “We’re living through a historic moment where America has to decide whether we’re going to make a big change in our schools or not. We’ve never come this close to raising the bar.”

Is Common Core the magic bullet?

Don’t bet on it. “It’s not enough to have standards,” says Ripley. “Because there are a lot of low-performing nations with high standards.” But it may be a prerequisite. Every top-performing nation has a some sort of rigorous, coherent benchmarks. The catch? Teachers need the resources to make them successful. “Parents can help by putting a little pressure on and asking if the teachers are getting the time, training, and support they need,” adds Ripley.

Whatever happened to creativity?

Some critics are dismissing the PISA as just another push toward a kind of academic focus that undermines creative thinking and inspired teaching. Though there’s plenty of curiosity about how turbocharged Asian countries school their children, no one wants America to turn into another South Korea, where children stay at school until 10 o’clock at night and report piteously low levels of happiness.

Even if you fear the march toward what Finnish educational scholar Pasi Sahlberg has coined the GERM (Global Education Reform Movement), you can still regard your child’s above-average math grades with a grain of skepticism or agree that you want your child to have both creativity and basic skills.

You’ve got the power

It’s easy in discussions of global anything to feel small and powerless to effect change. But all the experts seem to agree that parents are the most powerful influence on their children’s educations, and these test results can offer an opportunity for parents to get involved — whether it’s at home or at school. “The parent has the opportunity to dramatically change their child’s education — not just by getting the best schools and the best teachers, but offering outside help or just spending more time talking to your child and getting them to understand that a B+ may not be worth that much in the future,” says Hanushek.

Parents can even push to get their own high school to take a PISA-like test to see how their community measures up internationally.

Whatever the action, there’s no reason to be demoralized — especially in regard to math, which is one of the most teachable subjects, and the least correlated with socioeconomic level.

“This should be a hopeful moment,” says Ripley. “What you see is a lot of movement internationally — even countries with plenty of problems are trying new things and dramatically improving. There’s no reason we can’t be among them.”

Find out more: How does your child’s school compare with the world’s best?