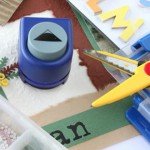 Light your children's pre-algebra skills on fire with this novel card game.

With fewer hours in the day and a lot less sunshine, winter can be a time when accomplishing even ordinary tasks seems like a challenge. But that doesn’t mean parents have to forgo teaching altogether. To set your childrens’ math wheels spinning, GreatSchools presents these fun but unusual activities with a seasonal theme.

1. To decide who goes first, each person takes a card, and the one with the highest card starts.

2. Deal four cards face-up, arranging them in the shape of a chimney. The two bottom cards should be right next to each other, with the third card centered above them and the fourth card directly above the third.

3. Multiply the value of the bottom two cards in the “fireplace” to get your target value.

4. Next multiply the value of the two cards of the “chimney.”

5. Use multiplication, division, subtraction, and addition to make the chimney’s value match the value in the fireplace. (No extra cards are needed. This part’s just pure mental math.)

The options are many, but here are a few possible solutions: