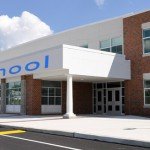 When it comes to public education, misunderstandings and myths abound. Here's what you really need to know about public schools.

Are public schools good or bad? Is private better than public? With so many choices, how am I supposed to select the right public school for my child?

Given that there are almost 100,000 public schools in the country and more than 13,500 school districts, it’s hardly surprising that there’s no end of confusion and questions about public schools. To get to the heart of public schools — and if the one you’re considering is right for your child — it helps to start with the most basic definition of a public school.

Without exception, public schools are free schools, paid for by our tax dollars (a combination of federal, state, and local taxes). After that, though, all attempts to define public schools will come packed with asterisks, footnotes, and exceptions because they range so wildly in size, shape, quality, and quantity.

The many faces of public schools

To accommodate the majority of the U.S. student population (90 percent of our students go to public schools, with more than 52 million children expected to attend by 2020), public schools can’t follow any one model. Public schools may have small or large class sizes, with less than 10 students or as many as 60 students in a class (the national average is 20 for elementary school and 23 for middle and high school). They may be a magnet school that specializes in an academic subject, music, or the arts, for example; a charter school; or even a Waldorf or Montessori school. They may be a full inclusion school with special education students integrated into all classes, or the school may have separate classrooms for students in special education.

Many public schools are open enrollment, but others are much more selective, which means they require good grades, high test scores, or other criteria to get in. They may have a few “schools within a school.” They may offer language immersion starting from kindergarten, or they may offer no foreign language until high school. If your children are going to public school, you may have a choice among many schools within your district (or even outside your district with a transfer), or your children may have to go to the only school in town.

Students at private schools do better academically. Not necessarily. A 2009 study from the University of Illinois found that public school students scored higher on standardized math tests than their private school counterparts. (Read more about private versus public schools.)

Public schools are failing. Some are; many aren’t. While doom and gloom dominate news about public schools, the fact is that test scores are on the rise. In the last 20 years, average fourth and eighth grade math and reading scores have increased, according to the National Assessment of Educational Progress (NAEP). Over the same time period, public school students’ proficiency rates have also increased, particularly in math. Of course, the reality is that some schools and some kids are failing. Even with this progress, less than a third of fourth and eighth graders in 2011 scored at or above proficient on the NAEP reading test. Math wasn’t much better. Public schools accept all students, which means teaching kids with a wide range of interests, abilities, and issues, including poverty and difficult home situations. So it’s not a surprise that some kids — and schools — struggle.

Public schools are more diverse. It varies from school to school. According to the National Association of Independent Schools, only about 27 percent of private school students are non-white. Compare that to public schools, where almost 46 percent of public school students are non-white. But that’s an overall percentage for public schools nationwide. If you live in a tony suburb or an inner city, your school’s demographics will likely reflect the population of the neighborhood it’s in. In fact, nearly 75 percent of African American and 79 percent of Latino students go to schools where minority students are the majority, and 85 percent of white students go to schools where they are the majority. So to find true diversity, you might have more luck in a private or charter school that draws from beyond the school’s immediate geographic area.

Public schools have a more diverse curriculum. It depends. Curricula at public schools vary widely. Only 2 percent of public schools have an International Baccalaureate (IB) program, while 64 percent offer Advanced Placement (AP) courses and 68 percent have programs for gifted and talented students. The larger districts, larger schools, and well-funded schools tend to have a broader range of offerings.

Public schools are woefully underfunded. Again, it depends on where you live. Per-pupil funding ranges vastly, from $6,064 in Utah to $18,667 in D.C., according to the U.S. Census Bureau. The range can vary wildly even within states. Camden, NJ spends more than $19,000 per pupil. Drive 60 miles east to Toms River and the average per pupil cost is almost a third less at $13,000.

Why pick a public school?

Even with all the myths debunked, the reality is that no school — public or private — can be all things to all people. The most important factor in deciding the best school always comes down to one thing: the best match for your family and your child.

Things to consider about public schools:

How to choose the right public school for your child

If you live in a small town, you might not have a choice of schools; but even still, it’s important to do your homework. Visit each classroom in your child’s grade to get a sense of the different teachers and visit a couple of the upper-grade classes, too. Also, talk to other parents to get a sense of the school’s culture, its strengths, and which teachers to avoid.

If you live in a larger district that offers a choice of schools, you have a bigger job to find the best fit for your child.

The best way to know if a school is right for your child is by visiting it yourself. Talk to people you know whose children attend, or have attended, the school in question. Weigh the pros and cons of a school you are considering and make sure you can answer the question: Is this school right for my child?