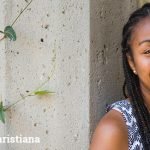 A bridge to success for high-achieving low-income teens

The nonprofit QuestBridge helps high-achieving teens from low-income families get into top colleges — many with a full scholarship.

Selamawit Bekele was 11 years old when she moved from Ethiopia to San Jose, CA with her mother and three older siblings. Over the next few years, the family lived on the verge of homelessness. Bekele, now an undergraduate at the University of Pennsylvania, credits QuestBridge, a nonprofit organization that has helped nearly 5,000 hardworking, low-income high school students gain admittance — and full-ride four-year scholarships — into top colleges, with helping her get to college.

Founded in 1994, QuestBridge’s mission is to serve kids from low-income families who have demonstrated that they have the grit (and the academic chops) to succeed in college by making sure they get there.

“We are looking for students who demonstrate high academic achievement despite facing financial hardship,” says Grace Sun, QuestBridge’s Director of Alumni Relations. “Most of our successful applicants are taking the most rigorous courses available, rank within the top five to 10 percent of their class, and demonstrate intellectual curiosity. Applicants typically come from families earning less than $65,000 annually for a family of four.”

For juniors: a leg up on college prep

QuestBridge starts working with teens in 11th grade through their College Prep Scholars Program, which helps promising students from low-income families with college search and prep. Teens apply in spring of their junior year, and all who are accepted to the program are invited to a college admissions conference and can count on the distinction looking good on their college apps — especially to QuestBridge’s 39 college partners, which include the likes of Yale, Stanford, Northwestern, and Duke. Some teens also win other prizes, such as scholarships to attend college summer programs, laptops, college essay help, mentoring, and more. In 2017, QuestBridge selected 3,736 juniors for their Scholars Program, up from 3,404 in 2016.

For seniors: applications, admissions, and even scholarships

Whether or not students apply to the College Prep Scholars program, the summer before senior year, rising 12th graders can start their applications to QuestBridge’s National College Match program. The competition is stiff, but the rewards are great. Students complete their applications in September, rank their top 12 partner colleges and find out if they’re finalists by October, and by the first of December they find out if they’ve won (read more about how it works). In 2017, from more than 15,000 applicants, there were 5,759 finalists and 918 winners of the College Match Scholarship. For winners, the prize is early admission to one of the 39 partner schools with a full-ride, four-year scholarship that covers tuition, room and board, and other expenses. For finalists, though the rewards aren’t guaranteed, they can be equally great. Finalists’ applications can be considered by the partner colleges as part of the regular decision applicant pool, and many finalists are not only admitted, they also earn scholarships. In 2016, for example, in addition to 767 winners, 1,750 of the more than 5,000 finalists were admitted regular decision.

In 2017, 76 percent of the College Match Scholarship winners will be the first in their family to attend college. Many first-to-college students struggle with feeling isolated when they get to campus. They may feel like they don’t belong, says Sun, or they may feel as though they have abandoned their family by pursuing higher education. To help students meet each other and have a community, there are QuestBridge groups on every partner campus. The Pomona College chapter, for example, has almost 100 members.

When Bekele first arrived at Penn, she didn’t feel like she belonged, but the on-campus QuestBridge group helped her feel supported, like she was part of a community. “They make you feel comfortable,” she says.