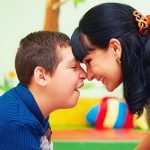 A profile in advocacy

Read the true story about one mother whose journey in advocacy began with helping her kids with learning disabilities and led to her advocating at the White House.

Who are actual LD advocates? They are people just like you. Seeking a good education for their children has led them to work for a better education for all children with LD. Sandra Britt took the next step and is now a leading learning disabilities advocate. If she can do it, you can too.

LD Advocate: What brought you to the issue of learning disabilities?

Sandra Britt: I have three sons who have learning disabilities, so it was very personal. When I started this journey, 38 years ago, there was not nearly as much parental involvement in the process as there is now. It was a long struggle, and there was not a lot of material out there — no Web sites. You just hoped you found something in the library. So I began to learn, I began to read everything I could put my hands on, and I learned to self-advocate the hard way.

LD Advocate: How did you take the next step to advocating for change in the system?

SB: The more I read, the more I was interested. And I thought, ‘Well, who am I that I can go do this?’ But when you begin working at the state level, you soon discover that you can – I became involved by having my name submitted on the state special ed council.

The parent voice is a very strong voice. And we often don’t think that, as a parent, we have anything to offer. ‘Who am I as a parent? I’m just a parent.’ That’s typically the stance that most parents take. I have discovered, as I have done advocacy at the state and federal level, that a parent’s voice is real, honest, and heartfelt.

LD Advocate: What would you say is the first step in becoming an LD advocate?

SB: Start small. Be comfortable with where you are going. Don’t think you have to carry the whole ball of wax at one time. Know what you are advocating for. Read. Make yourself familiar. Often times, when you interact with staff people on the state or national level, they are going to ask you questions. Be comfortable enough to agree or disagree, or to respond and formulate an opinion. It’s perfectly okay not to know everything they ask, but it is so important before you take that very first step of faith out there to be comfortable with the issues that you are going to advocate for or against.

You know, if someone from a small town in Mississippi can do this, then anybody can. Nobody can determine the size of the step that you take but you. When you are comfortable with your advocacy at the first level, then move to the next level. An easy way to begin is either a telephone call or to write a letter. Tell your story, which is an easy way to begin. Most parents find they can do that. If there is a group of parents who can get together in the district, that’s great too. It only takes 15-20 letters — genuine, honest-to-goodness letters — and somebody is going to flag them and take a look.

LD Advocate: Who should people address when they want to begin advocating?

SB: Their elected officials, both at the state and federal level, ideally when they are in their home district. Pick up the phone, and speak to a staff person to say, “I’m concerned …” or “I’m pleased with … .” In the course of conversation, you may know someone who is a friend of someone. It’s often those connections that are the best tools you have to work with — an acquaintance somewhere, who happens to have a position of authority or who happens to be a friend of a senator or a representative, regardless of which level you are dealing with. Or you know somebody that they know. Often, it gives you more credibility.

When I first began to go to Washington to do some lobbying at the federal level for LDA, I began to make a relationship with someone in Senator Trent Lott’s office. We had mutual friends back home in Mississippi, so every time I called, or occasionally visited, I was always careful to ask for this particular person by name. If I found an article that was particularly good about a topic we were interested in, or that supported a position we happened to be advocating for at the time, I would always share that.

When you get there, you know what you want to say, you say it as succinctly and quickly as you can. Then you thank them for their time, and you’re out. Follow it up with a letter, but the most important thing is to keep following up, so that you are someone they rely on for information on learning disabilities. And then before you know it, once they feel comfortable with you, you’ll get a phone call out of the clear blue saying, “Do you have an opinion on what’s happening in the state regarding … ?”

LD Advocate: Is being in touch with the community a big part of being an advocate too?

SB: Very much so. If you can, tell them what’s happening in the community — ‘This is how this legislation is going to impact my school, or fifth graders,’ (if you happen to have one.) Use that as the rationale behind your message. They need to know that there are real kids out there that legislation impacts. They don’t always think about the kids, the parents and the teachers who have to live with what’s been passed.

LD Advocate: Have you had any big wins in your advocacy work?

SB: Yes, IDEA ’97 (Individuals with Disabilities Education Act reauthorization in 1997). Because of the relationship I had with Senator Lott’s office, when he was majority leader, I had worked with the aides and had become very closely acquainted with his chief of staff, David Hoppe, who happens to have a child with a disability. I had been in to Senator Lott’s office over the past six or eight years, sharing information, and so I was included in the list of stakeholders who came to Washington every two to three weeks to discuss various changes to be made to IDEA during the reauthorization.

I was in Washington on the day that the bill was voice voted in the Senate. I watched the roll-call vote, as they voted for the piece of legislation that we worked so hard for. The only thing I could do was cry — just to be one of hundreds sitting in that room. We all constituted a whole and made a good piece of legislation. Then I was invited to the White House. Never in my wildest dreams would I have thought, when I first started doing this, that I would watch a piece of legislation happen, be asked to be a part of it, and then be allowed the privilege to sit at the White House and watch it be signed into law. It never crossed my mind that I would be so blessed.

LD Advocate : So what’s your favorite thing about advocacy?

SB: My favorite is being able to celebrate when there has been a good piece of legislation. I mean it has really been a learning process for me, and I continue to learn. There’s not a week passes that you don’t learn something you didn’t know, either about a piece of legislation, an organization or different members of Congress who you need to work with. It’s just simply growing and expanding all the time.

LD Advocate: And being part of a community?

SB: Yes, very much so. And hopefully what you’re doing is making life better for the kids, and you are leaving education better than when it was when you found it. And you know there have been wonderful mentors all along-people who have been willing to show me how it all happens, willing to share with me. It’s not a secret society; it’s more a sisterhood. It’s not an exclusive club; it’s more kinship, I think, of people who have been there. They understand.

They like a good fight, and they are ready to go with it, or they are another parent who has learned and who is willing to mentor somebody else.

If I could give one piece of advice for a parent, it would be find a mentor. And begin to take your steps as small or as large as you’re comfortable with taking.