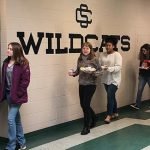 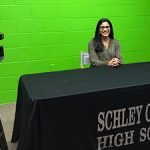 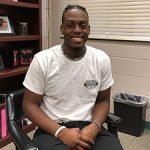 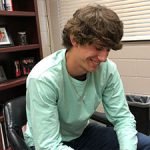 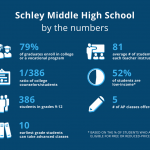 In the name of doing what's best for kids, College Success Award-winning Schley Middle High School embraces dual-enrollment, offers one-on-one academic and college counseling, and ensures that there's a path for every student.

For years, Schley Middle High School was great for the so-called “smart kids,” but those who were less academically inclined were sometimes left behind. Four years ago, a new superintendent hired a new principal, and the two decided it was time to make some changes. Schley (pronounced “Sly”) was going to be a great school for all students, no matter what their path. The school’s guiding principle would be a simple question: “Is it good for the kids?” If the answer was yes, they’d find a way to make it happen.

Since then, the high school, located two-and-a-half hours south of Atlanta in rural Ellaville, GA, has undergone a series of good-for-students changes. They switched to a block schedule to better support students’ plans. They encourage teens to take dual-enrollment classes at the local state university or technical college. They rethought the school culture, getting rid of restrictive rules in favor of encouraging kids to find a way to “plug in” and find their path.

In many ways, this high school is beating the odds, despite the fact that 52 percent of the student body is eligible for free and reduced-price lunch and about 10 percent of the students are homeless. Schley’s graduation rate is 12 points better than the state average, and grads are more likely than the state average to go on to college or a vocational program. What’s more, 60 percent of Schley grads who further their education persist in school, going back for their second year, compared to the Georgia state average of 40 percent.

Before, if a student sauntered into the town’s only pizza place during school hours, members of this 5,010-person community were quick to phone the principal and let him know one of his brood was breaking the rules. Now, the entire community is adapting to the fact that students have more individualized schedules and more freedom. “Before, the school operated kind of like a prison,” Principal Todd West explains. “That wasn’t good for kids.”

Now, every student has an individualized path not just to graduation, but toward their unique future goals. Graduating senior Laine Frazier, for example, plans to be a pharmacist. High school wasn’t really her thing, but dual-enrollment is. Aside from her varsity softball games, she rarely steps foot on the Schley High School campus. Instead, she takes three classes at Georgia Southwestern State University (GSW) in nearby Americus and does work-based learning 27 hours per week as a paid pharmacy tech. When she graduates from high school in May, she’ll have nearly two years of college under her belt.

Another senior, Ashley Moore, remembers riding along in the cab of her grandma’s big rig as a kid. Her nana would point out the nice houses along the route and say, “This is what education will get you.” The 17-year-old took those words to heart. She pushes herself academically and plans to go into broadcast journalism. 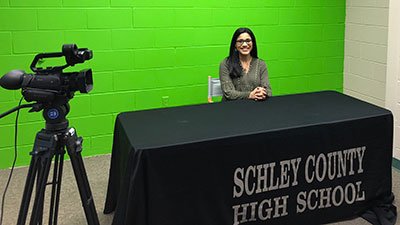 But planning to go to college and actually going — and succeeding while there — are not the same thing. The odds are especially stark for kids like Ashley, who will be the first in her family to graduate from a four-year college. But Schley High School does all it can to support dual-enrollment classes for all of their students, starting as early as ninth grade. The Georgia Department of Education makes it possible for high school students to take college courses and, in the process, earn both high school and college credit. They’ve even standardized the course names to keep things clear for students and counselors alike. It’s a terrific way for high school kids with big dreams to test out the college waters.

Coach Chuck Cheek, Schley’s AP Calculus teacher, always imagined his daughter, Madison, would take his AP math class. But with dual-enrollment, Madison was able to take college-level math, for free, and earn college credit — no AP exam necessary. “It just made more sense,” Cheek says. This year, 77 students are taking 188 classes at South Georgia Technical College, while 36 students, like Ashley, are taking 90 classes at GSW. The block schedule, explains the school’s academic and college counselor Cindy Hagerson, allows so many Schley grads to walk the stage with college credits — and confidence that they can handle a college workload.

For Ashley, taking dual-enrollment classes as a junior and senior has allowed her to gain exposure to college-level classes, listening to lectures, taking notes, even taking college-level tests. It can also be a substantial money saver: when Ashley heads to University of West Georgia in Carrollton, GA in the fall, she’ll be just three credits shy of starting as a sophomore.

Hagerson is personally involved in helping every student create a schedule that works for them. That may mean helping them sign up for dual-enrollment classes, coordinate their work-study schedule, or getting a teen who’s interested in teaching into the teacher apprenticeship program at the elementary school just across the parking lot.

She likes to help students ease into dual-enrollment by recommending that they start with an elective. “Early on, they realize that it’s real. So it’s a real taste [of college] at an early age,” Hagerson says. 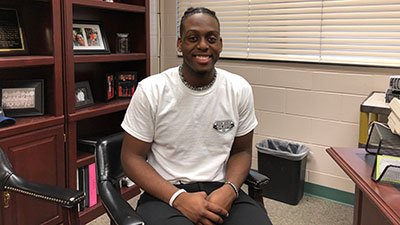 Senior Christian Arnett credits Hagerson with helping him choose classes that would challenge him, including honors courses early on, AP classes junior year, and two dual-enrollment classes this year. The workload — and the senior’s 4.0 GPA — have paid off. He’ll be attending Georgia Tech in the fall on a full scholarship, and he’ll even be participating in Georgia Tech’s summer Challenge program to get fully acclimated before school starts.

A passion and a path for every student 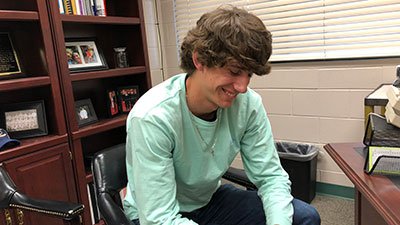 Eleventh-grader Ashton Goodin didn’t much like school in the beginning. He was acting out, getting into trouble. “I didn’t like being in school, to be honest with you,” he says. “I like to work, make money.”

Principal West and Ms. Hagerson explained that he could take dual-enrollment classes online and get paid to work while getting credit by doing work-study, and he took the leap. Most mornings the teenager is up before dawn to go to his work-study job as a welder. He has taken a history class and an English class at South Georgia Tech. He says he loves the freedom his schedule allows — and he’s planning to go to college after graduation, hopefully with a baseball scholarship.

Helping kids like Ashton find a way to thrive while doing things their own way is one of Principal West’s goals for every student. “We try to be good cowboys,” West says. “If one of the cows strays, we go after that cow.” They do that, he explains, by trying to give every student a place to “plug in.” The goal is for every kid find their niche. West wants every child to have their path, their passion, their group. “Isolation is never good,” he says.

In America, too many rural communities are failing. But the schools are helping Schley County thrive. Just down the road in Americus, or what residents refer to as “town,” you’ll find a hotel, restaurants, and a larger population. Yet a stroll through downtown Americus reveals nearly half of the storefronts are empty. “That’s the story of America’s rural communities, I’m afraid,” West says. But in Ellaville, they’re lucky to have growth. “The schools are good, so people want to stay,” West explains. It has a ripple effect. Employers feel comfortable building or expanding in a place where families want to be. “The schools are the heart and soul of this community,” West says. And that may be something other rural communities want to emulate.

GreatSchools’ College Success Award honors public high schools in 9 states that are doing a great job of preparing students for postsecondary success. Learn more about the award, see the list of winners, and read about more award winners here. 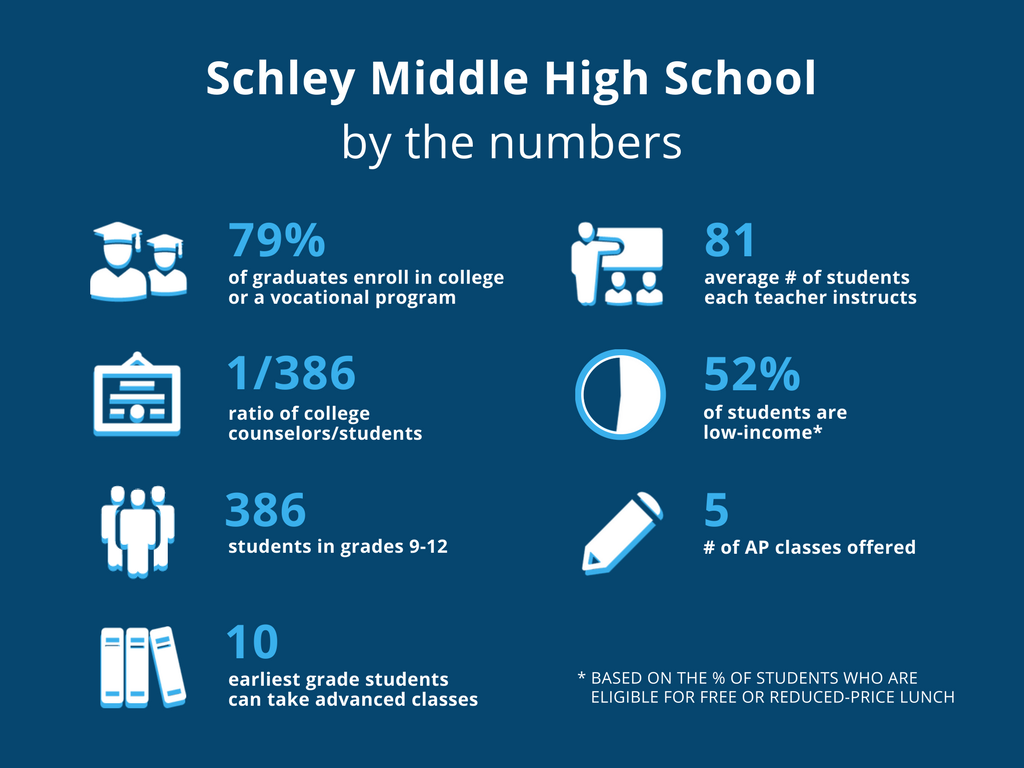