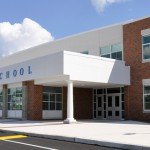 How important is school size?

Which is better? Big or small? It all depends on what's a good fit for your child.

When it comes to school size, there is no right size that works for every student. Some students thrive in a smaller environment where they get lots of attention, while others prefer the variety of activities and peer groups available in a larger school. Certainly, small and large schools each have their pros and cons.

In the 1960s the general thinking was that larger schools offered more comprehensive instructional programs of greater quality at lower costs than small schools (generally defined as schools of less than 400 to 500 students at the high school level) did. But in recent years researchers have discovered that the cost savings provided by large schools have had a negative effect on student achievement and graduation rates. As schools get bigger, student achievement declines and larger schools have higher rates of absenteeism, dropouts and discipline problems. In addition, “Dollars and Sense II,” a 2005 study of 25 different small schools across the nation found that, on average, small schools spent 17 percent less per student than comparable schools in their districts while achieving equivalent or better results.

As a result, there has been a growing trend toward creating small schools, and schools within schools, (particularly in high schools) to better engage students and give them more attention. The federal government has issued more than $94 million a year in experimental grants for small learning communities or “SLCs.” School districts may use these grants to create smaller schools within schools. Since 1999, the Bill and Melinda Gates Foundation has committed more than $1.8 billion to creating 1,500 small high schools around the country, and the Michael and Susan Dell Foundation has committed an additional $32 million to further their efforts, particularly in urban areas.

How have small schools fared?

The Gates Foundation sponsored a study of 24 small schools in 2005 to look at their effects. The study found that some students talked about their teachers as having higher expectations for them because teachers knew more about the students’ capabilities. The 2005 Gates report found that students in small learning communities increased their English test scores but showed a slight decline in math.

In the Newsweek 2007 list of top high schools in the U.S., 22 of the top 100 schools had fewer than 100 students in their graduating class; the number of small high schools on that list (which is based on the number of students taking college-level tests: Cambridge, International Baccalaureate and Advanced Placement) has dramatically increased over the past 10 years.

However, overall research on the effect of school size on student achievement has been limited. Most recently, another Gates Foundation study looked at the first graduates of 14 of New York City’s new small high schools in 2006. The study shows that attendance was high, ninth-grade promotion rates were high and a majority of the students graduated. A significant number of those graduates were accepted by colleges and more than half of them were the first in their family to attend college.

But other Gates-funded small schools have run into trouble. In Denver, Colorado, the district used $1 million of Gates Foundation money to convert the 1,100-student Manual High School into small schools. In the process, electives, advanced placement and foreign language courses as well as popular activities like choir, debate and athletic teams were cut back. Many unhappy students left causing enrollment to plunge as well as graduation rates. Denver eventually closed the small schools. The Gates Foundation has realized that curriculum and instruction may be as important as school size.

Is small the answer?

“Small is not enough,” reports Diana Oxley of the University of Oregon in a report entitled “Small Learning Communities.” “Small size creates the conditions to carry out student work that is active and collaborative. However, small size is not an end in itself.” Common planning time, development for teachers and high-quality curriculum are all necessary to make small learning communities work.

It may not be possible to create small schools or small learning communities in every school district. “There’s not a sufficient number of school leaders and educators to scale up and sustain the small school movement once foundation funding dries up,” says David C. Bloomfield, professor and head of the educational leadership program at the Brooklyn campus of the City University of New York. He is concerned that these issues need to be addressed before the small school movement is expanded and says there are other issues that also demand attention.

“The small school movement is just nibbling around the edges,” he says. “Small schools, like charter schools, are beacons. But we need to address class size, union contracts and school infrastructure problems-such as inadequate aging science labs- in order to really make a difference.” The movement to create small high schools may succeed in lowering dropout rates but it’s not clear that the students who stay in school will be able to pass high-stakes high school exit exams. “The data is inconclusive as to whether kids will achieve more rather than just staying in school longer and not dropping out,” says Bloomfield.

Strengths of small schools: Students are more likely to master curriculum in a smaller learning environment.
Strengths of large schools: Large schools typically provide a wide variety of classes and services to students.
Other considerations: No real correlation has been demonstrated between school size and curriculum quality.

Strengths of small schools: Many believe smaller schools demonstrate greater levels of academic achievement across the board, and particularly for students of lower socioeconomic status.
Strengths of large schools: Some studies have shown that larger schools have a moderate benefit on achievement levels for affluent students.
Other considerations: Some studies have shown students from small and large high schools perform comparably on college-related criteria, such as grades, admission and graduation rates.

Strengths of small schools: Students are less likely to “fall through the cracks” or feel cut off from the school culture. They are more likely to form strong relationships with peers and school staff.
Strengths of large schools: Large schools have the capacity to offer more specialized programs for disadvantaged students and students with special needs. A wide variety of classes and activities make it possible for students to find their niche.

Strengths of small schools: There is generally more parent involvement and a feeling of belonging.
Strengths of large schools: Large schools may provide more diversity and may make it easier for different types of students and families to find their niche.

If your child attends a small school:

If your child attends a large school

No matter what size school your child attends: