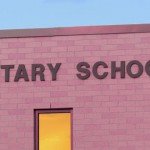 Knowing these common terms will help you in your school search.

These schools are set up by school districts or states to serve students who are not succeeding in a traditional school environment. There are many types of alternative schools, but generally they offer a modified curriculum and a lower student-to-teacher ratio.

This term refers to students who are at risk of failing, dropping out or falling through the cracks and is generally used to describe disadvantaged students.

This program offers students with disabilities the opportunity to attend private schools using scholarships. In 2007-2008, nearly 500 children participated in the program.

This policy (also known as controlled open enrollment) allows parental choice to be a significant factor in determining which schools children attend. The Miami-Dade school district has six controlled choice boundaries, with 14 schools that use this model of student assignment.

This program provides school choice for low-income families in the form of scholarships (otherwise known as vouchers) for children to attend K-12 non-public schools in the district. The maximum annual scholarship amount of $7,500 per child is available for families at or below 185% of the federal poverty level ($39,220 for a family of four). Families must reapply and prove their eligibility each year.

This is a statewide school voucher program for children who attend low-performing public schools. In 2007-2008, nearly 7,000 students attended private schools through EdChoice.

This is a five-year initiative designed to expand the availability of high-quality school choice options and transportation for families in the Miami-Dade school district.

In need of improvement

This designation is given to public schools that haven’t met “adequate yearly progress” (AYP) under the federal No Child Left Behind Act (NCLB) for two consecutive school years. Students at such schools have the option to transfer to better-performing schools in their district, with free transportation included. However, NLCB requires that priority be given to low-achieving children from low-income families.

School districts with this choice policy allow parents to transfer their child to a school outside their local district. The school they wish to transfer to must have space and accept such transfers. Some interdistrict transfer policies are restrictive and only allow transfers for particular reasons, such as a change in childcare providers or a parent’s place of employment.

A rigorous two-year pre-university program. Students who successfully complete the IB exams at the end of the program receive an IB diploma, which is accepted by universities in more than 100 countries. Some students may receive college credit for IB courses. (Read more about IB schools.)

School districts with this choice policy allow parents to transfer their child to another school in their local district, provided that the school has space. Some intradistrict transfer policies are restrictive and only allow transfers for particular reasons, such as a change in childcare providers or a parent’s place of employment.

A school whose overall test scores do not meet state standards.

These public schools, which generally have a particular focus such as science, technology or the arts, are designed to attract students district wide. Magnet schools provide an alternative to neighborhood schools.

Any student with disabilities who has an Individualized Education Program (IEP) is eligible to receive a McKay Scholarship to attend another public or private school. During the 2007-2008 school year, 19,850 Florida students with special needs received these scholarships and attended a participating private school. School districts also provide transportation.

A school whose instructional emphasis is on creating a stimulating environment for children that includes an abundance of hands-on activities. (Read more about Montessori schools.)

No Child Left Behind Act (NCLB)

In effect since 2002, this federal law aims to improve achievement and accountability for all public schools, with a particular emphasis on improving education for disadvantaged students. The law mandates state testing in reading and math in grades 3 through 8 and once in high school. Students must be tested in science in at least one grade in elementary, middle and high school. Schools are required to make “adequate yearly progress (AYP)” and employ “highly qualified teachers.” Students who attend schools that do not make AYP and are designated “in need of improvement” have the right to attend another school in their district and/or receive free tutoring (called “supplemental education services”). The law applies to Title I schools that receive federal funding to help disadvantaged students.

This school district policy allows students to attend any school in their district, as long as there is space.

If a student is assigned to or has attended a school in Florida that has received a designation of “F” for two consecutive years, the student may request an Opportunity Scholarship to attend another school in the district that has a designation of “C” or better. The school district will provide transportation to the preferred school if it is more than two miles from the student’s residence.

The PWT program, a court-ordered voluntary integration program, places Hispanic, black, Asian and other non-Anglo students in integrated school settings while providing opportunities for other white (OW) students to attend predominantly Hispanic, black, Asian and other non-Anglo (PHBAO) schools. To be eligible, students must live within a PWT sending school area.

This preschool curriculum consists of projects that reflect the interests of the students. Teachers observe the spontaneous curiosity of their students and then guide them to create individualized projects. Children are expected to learn through mistakes rather than correction.

When there are more students interested in attending a particular school than there is space, the Student Assignment System formula comes into play to assure that diversity is achieved at the school. The formula weighs such factors as socioeconomic status, whether or not the student attended preschool (for incoming kindergartners) and the home language of the student. Race and ethnicity are not determining factors.

This federally funded program helps youths with educational disadvantages. Schools that get Title I funds are generally those in which at least 35% of the students are from low-income families. More than half of all public schools are considered Title I schools. Title I funds are distributed nationally and allocated by districts to schools based on their numbers of low-income students. The federal No Child Left Behind Act applies primarily to Title I schools.

Through this program, students may voluntarily attend schools other than their resident schools. The school district provides transportation.

A document, usually issued by the state, that provides families with money for tuition at an out-of-district public school, a private school or a religious school.