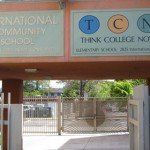 What is a multiplex school, anyway? Glad you asked! These "schools within a school" are gaining in popularity and may be just the right answer for your child.

After protesting with a hunger strike in 2001, residents of the predominantly Mexican-American Little Village neighborhood of Chicago, southwest of downtown, received not only the high school they were asking for — they got four high schools. The Little Village Lawndale High School (LVLHS) campus houses four separate, small high schools: Multicultural Academy of Scholarship High School, World Language High School, Social Justice High School, and Infinity Math, Science, and Technology High School. Each one was created in response to what parents said they wanted in a learning environment for their children.

Sharing what is considered a state-of-the art facility, each school has its own principal, teaching staff, and unique theme.

These “multiplex” or co-located educational environments, however, are becoming less rare, especially in dense, urban areas such as Chicago, New York, and Los Angeles.

The rising trend towards multiplex school

LVLHS — and similar schools around the country — take the school-within-a-school model to a different level. In one building, there might be a traditional school, a charter school, and a magnet school with a special theme like the arts. These multiplexes are different from typical school-within-a-school models, such as academies or learning communities because each school on the campus is led by a different principal and operates autonomously. Multiplexes have been created for a variety of reasons.

What are the advantages of a multiplex school?

As mentioned, creating a school-within-a-school can be a more cost-effective method of school reform than opening an entirely new school. Saving money on start-up and operation costs can mean there is more available to spend on instruction and learning materials.

The benefits of attending a multiplex can be similar to those associated with small schools — such as the potential for stronger relationships between students and teachers. There can be less of a chance that a student will get lost in the crowd or that his or her academic or social needs will go unnoticed.

If students know that someone is counting on them to be at school every day, they may feel more engaged in school and, therefore, more motivated to do well in their classes. Some studies have shown that this type of downsizing can result in better attendance and behavior, as well as improved academic performance. In a smaller environment, a student may also have better opportunities for leadership or recognition.

It’s also possible that a school-within-a-school is providing an educational focus or academic opportunities that are not provided in a traditional school. In a multiplex school, parents can also inquire whether their child can participate in any of the classes or programs offered by another school on the campus, such as an advanced class or an extra-curricular activity. Instead of having to find transportation to a school across town, the student can simply walk upstairs or to the other end of the building.

In a multiplex, students may still have access to common areas and facilities that are intended for everyone on the campus, such as the gym, the playground, the cafeteria, a performing arts space, and the media center. A large building or campus shared by multiple schools is more likely to have these features than a freestanding, small school.

Finally, a smaller learning environment may also have positive effects on teachers. With a smaller staff, teachers may feel that their ideas and opinions are recognized more than they would be in a traditional environment and that they have the chance to be innovative and try new approaches.

What are the challenges or disadvantages to a multiplex?

Students, teachers, and parents naturally compare their schools to others in the district. In such close quarters, these comparisons could become conflicts if one school on site is considered to be better, have more resources, or higher test scores than others.

“You want kids to be proud of their school,” says Molly McCloskey, the managing director of the Whole Child Initiative for the ASCD, a membership organization for educational leaders. “But when that tips over into disproportionate competition, there is the potential for it to get dicey.”

Conflicts might also arise over a school’s differing policies or practices. What if one school, McCloskey suggests, has open enrollment for Advanced Placement classes, but others don’t? What if one school requires uniforms and another doesn’t? What if the teachers in one school prefer students to call them by their first names and the student-teacher relationship is more formal in the other schools? What if a group of teachers from one school is sent to a training conference in sunny Miami and teachers in another school haven’t been to a conference in three years? What if there is an older part of the building and shiny, new expansion — which school gets which space? Issues like these might cause minimal grumbling in a single school, but under the same roof, things can escalate into something more ugly.

Managing access to common areas could also become challenging if the cafeteria is small or if one school is planning a spring theater production and needs the auditorium for rehearsals at the same time another school usually uses the space for PE. Scheduling can be hard enough in a school with one student body.

Issues of discipline and student behavior might also arise. How does a teacher or administrator from one school respond if he or she sees students from another school breaking the rules? What if one school allows students to use their cell phones during lunch or class changes and another school confiscates phones if they are taken out of the backpack?

What else should parents consider?

Even though a principal in a multi-school site is the leader of just her individual school, the extent to which she collaborates with the other principals on the campus can determine the success of this arrangement and whether there is a plan in place to avoid or respond to the types of challenges and rivalries mentioned above.

Regardless of the unique aspects of their school, principals in a multiplex need to work together to establish an overall school climate and culture, McCloskey says. They need to discuss and establish which spaces and programs — such as sports, band, or after-school classes — will be shared by students from all of the schools, as well as which rules and policies will be applied campus-wide.

Do the principals look for ways to create unity among students, staff members and parents, either through school colors, joint events, or decision-making committees? It’s important for parents to talk to others who have children that have attended a school in this type of arrangement to get a sense of the day-to-day routine and environment.

Parents should also be aware that in a multiplex, it’s possible for an impressionable kindergartener to be attending school at the same site as a middle school or high school student, such as the Brown School in Louisville, KY. Likewise, the parent of a high school student might feel her child is more limited in some way because of attending school with younger children. While the separate schools are likely in different areas of the campus, there is still bound to be some interaction.

Ultimately, McCloskey says, parents should always ask the same five questions about any school their child attends — whether it’s big, small, or somewhere in between. Is my child healthy, safe, engaged, supported, and challenged? As with any school you’re considering, the best way to get an idea if it’s a good fit for your child is to visit it first (and if your child is in middle or high school make sure he visits as well).