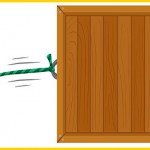 Advertisement
Parenting » Worksheets » May the force be with your 2nd grader

May the force be with your 2nd grader

These five fascinating science worksheets on force and motion might have your second grader trying to force you to let her do more of them!

In this fun science worksheet, your child will identify which of the two forces is depicted in a series of drawings. Also help your second grader practice pushing and pulling objects with various amounts of force to see what happens.

The power of force

Are you moved? Forces move things.

In this science worksheet, your child will learn the difference between push and pull, and identify which force is being shown in various images. Try the experiment using a bathroom scale as well.

Kick it, throw it, hold it, bounce it!

Forces like pushing and pulling can make a ball move slowly or quickly. In this coloring science worksheet, your child look at drawings and determine which actions can create more force and which will create less force.

Start and stop an object in motion

Pushing and pulling are forces that can start and stop motion. In this science worksheet, your child will study the drawings to identify which forces are being used, and whether they are being used to start or stop something. Let the children play but help them see how they are using force. Try tug of war or almost any game with a ball. See? Science is fun!

Will Luke be able to slow down the bike? A slow or fast motion can be created by using push and pull forces. In this science worksheet, your child examines drawings and identifies how to change an object’s motion by exerting different forces on it.