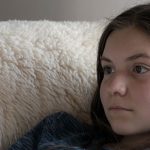 This year, your child should be making inferences, evaluating evidence, and delving into the language and structure of what they read.

Buy plenty of yellow highlighters: your young adult will be scribbling them dry this year. Seventh grade reading means dissecting novels, poems, dramas, and nonfiction to determine the text’s themes and structure. Students also learn to pay close attention to word relationships and other nuances in an author’s language.

Under the Common Core Standards, seventh graders should be skilled at using evidence from text to support their analysis of fiction and nonfiction. They should be able to use that evidence to draw conclusions. You can expect to hear the words evidence (facts or details from the text that support some idea) and inference (conclusions drawn based on the evidence). How can kids nail these two skills? They need to make a habit of keeping track of important facts and passages by taking notes, highlighting, making margin notes, using Post-its, and outlining chapters.

Sample evidence question: In Call of the Wild by Jack London, did Buck wish he was actually a wolf? What passages express this?

Sample inference question: In Call of the Wild by Jack London, what does the author suggest happens when dogs are taken out of civilization and returned to the wild? Include text references to support your view.

If your child isn’t inclined to talk about American pastoralism, no problem! Just make sure they understand these two key concepts of evidence and inference and the importance of scouring what they read for relevant details.

Evaluating what they read

For the last several school years, kids have been engaged in the great search for evidence and drawing conclusions. Now they’re supposed to evaluate the author’s work and determine whether there is sufficient evidence and logic to support the main idea. In nonfiction, seventh graders need to recognize the author’s purpose in writing a book or article and the unique point of view they present. Kids are also expected to scrutinize the author’s evidence by answering questions such as Is it relevant? Is it sufficient to uphold the argument?

The cold, hard truth is that two people can view identical information but arrive at opposite viewpoints. This phenomenon, often on display in nonfiction books on the same subject, promotes contrary interpretations of identical topics, even though two authors referenced the same sources. Seventh graders are preparing to understand electoral politics (and other real-world conflicts) by learning to analyze how different writers emphasize different evidence in their reports — and how they end up with conflicting conclusions.

Sample author purpose question: What reforms in our thinking, ethics, and policies towards the environment does Jane Goodall recommend in Chimpanzees I Love: Saving Their World And Ours?

Sample evidence question: In her book Geronimo: Apache Freedom Fighter, Spring Hermann claims the Native American leader was skilled at uniting tribes to battle against Mexicans and Americans. What evidence does she provide of his persuasiveness?

Sample evidence evaluation question: Was Julius Caesar a brilliant, generous hero who was wrongly assassinated, or was he an evil dictator who destroyed the republic? Examine both viewpoints, in excerpts from Julius Caesar by Phillip Freeman and Rome’s Last Citizen: The Life and Legacy of Cato, Mortal Enemy of Caesar by Rob Goodman.

Biting into the theme

In fiction, kids learn to identify the themes and central ideas and analyze how every aspect of the text impacts other elements, such as how the setting shapes the characters and plot. In nonfiction, seventh graders are expected to identify two or more central ideas and explore the interaction between individuals, events, and ideas and how they influence each other. Sound complicated? Though it’s not college lit class, it may indeed be more difficult than the seventh grade English class you remember. What makes it so tough is that it’s the beginning of kids being asked to draw on multiple strategies to find meaning from a text. In both fiction and nonfiction, kids need to explain how these concepts are developed throughout the book. To answer questions about theme development, seventh graders are asked to consider how the author structures (or organizes) text in a particular way.

Sample central ideas question: In Travels With Charley: In Search of America by John Steinbeck, name two questions the author had before starting his journey. How were these questions answered?

Sample theme development question: In Red Scarf Girl: A Memoir of the Cultural Revolution by Jiang Ji-Li, does the Mao-sponsored hatred for landlords and capitalists destroy or improve friendships in the community?

Seventh graders need to grasp the exact intention of the words used in poetry, fiction, and nonfiction. For example, students should be well-versed in interpreting figurative language, such as similes (as a pretty as a pig), metaphors (my brother is a pig), hyperbole (I’m so hungry I could outeat a pig), personification (the pig barn squealed in the wind) and synecdoche (lipstick on a pig), and the positive or negative connotation of the words used. Students should understand literary, biblical, and mythological references in what they read. For instance, your child might be expected to understand that what comes out of a Pandora’s box is never good, and Cupid’s dart doesn’t lead to injury but love sickness. Your student should also understand these both refer to Greek myths.

Students should strive to understand all new technical words thrown their way in fiction and nonfiction. These are vocabulary words used in specific occupations or fields of study. For example, The True Confessions of Charlotte Doyle by Avi introduces readers to nautical terms like mast, brig, bow, stern, gruel, wally, bilge, hardtack, mate, and stowaway. Seventh graders should use a variety of strategies to determine the exact definition of unknown words and phrases, including:

Kids at this age level are asked to analyze the meaning and tone of specific word choices. In poetry, kids learn to identify how rhymes and other sound repetitions, like alliteration, assonance, and consonance, function in specific verses or stanzas. In all texts, kids are expected to discern the difference between words with near-identical definitions, such as delicate, fragile, vulnerable, and flimsy. Students also spend time identifying synonyms, antonyms, homophones (two words that are pronounced the same but have different meanings, such as aisle and isle), and homographs (two words that are spelled the same but have different meanings, like bear the animal or bear the verb meaning to carry or endure).

Sample personification question: In Lewis Carroll’s Alice and Wonderland, why is the very busy, exceptionally rushed creature who’s worried about time a skittering rabbit while his opposite is the indolent, slow, relaxed caterpillar?

Sample meaning and tone question: In Sounder by William H. Armstrong, why is the book named after the dog, why does the dog have that name, and why are there no other names in the book?

Sample alliteration question: In The Raven by Edgar Allan Poe, identify the alliteration used by circling and linking words with the same sound.

Seventh graders learn to tackle complex questions, such as comparing different texts or different versions of the same story. For instance, many novels tell their story from multiple points of view, through the eyes of several narrators and characters.

They also explore perspective by comparing different versions of a story or history (a novel, say, and the movie or a historical account and a documentary on the same topic). This year, many students will read a transcript, listen to an audio recording, and watch a video of Martin Luther King, Jr.’s “I Have A Dream” speech and be asked how their understanding and the impact of the message differs based on reading the words, listening to the oration, and watching Dr. King’s gestures. In the realm of historical fiction, students analyze how writers use, alter, and embellish historical details to create imaginative novels and contrast the period details, setting, and character portrayals to nonfiction accounts of the era. In poetry and dramas, kids learn to dissect dramatic elements, like dialogues, monologues, sonnets, epics, ballads, and free verse, to understand the strengths and limitations of each type in conveying the piece’s theme and mood.

Sample narrator question: The Help by Kathryn Stockett has three first-person narrators. How does this provide a more thorough examination of racial tension in the community? Explain.

Sample comparing question: In the book and movie Divergent, Peter is a villain. Which portrayal of this important character do you prefer, and why?

Sample contrasting question: In Chains by Laurie Halse Anderson, is the description and motivation of Loyalists (aka Tories) more or less detailed than the portrayal of Loyalists in The American Revolution by Josh Morton?

Allow me to present

Students prepare for class discussions on seventh grade topics by reading and researching material. Kids are expected to organize the evidence they find to present it clearly as they contribute to the group conversation, either as introductory data or in response to a classmate’s question or comment.

Throughout the new reading standards, there’s an emphasis on getting kids to read above their grade level. Seventh graders need to proficiently read and comprehend all literary forms (novel, short stories, poetry, drama, non-fiction) in the seventh- to eighth-grade complexity band. Adults — especially teachers — should support kids’ efforts through tutoring and coaching, and small group work. Teachers (and parents) can also help kids by giving them strategies such as concept mapping or prereading for the main point (skimming and reading first sentences). Most important, kids at this age need to learn that complex texts require patience, persistence, and the knowledge that it’s OK to reread passages and break them down to understand them.