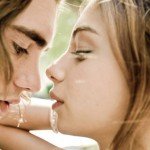 If you don't talk to your kids about your own values and expectations about sex, the main input they'll get is from the media. Here are some guidelines to help you.

Music videos, movies, reality shows, beer ads, online porn, prostitutes in video games, sexy doctor shows. Sex is everywhere. And studies show that the more sexual content kids watch and listen to, the earlier they’re likely to have sex themselves. In fact, teens report that their main source of information about sex, dating and sexual health comes from what they see and hear in the media. Public health experts say that the media can be an effective sex educator when it includes specific information on birth control methods and sexually transmitted diseases. But in 2005, out of 68% of TV shows that showed steamy sexual content, only 15% discussed risk and responsibility. And it’s not just movies and TV: Music, video games, and the Internet are also filled with sexually explicit, often-degrading messages that can shape kids’ attitudes about sex.

Why you should care:

Because if you don’t talk to your kids about your own values and expectations about sex, the main input they’ll get is from the media. And that world makes dressing sexy, talking about sex and casual hook-ups seem like the norm. Teen pregnancy may not be on the rise, but sexually transmitted diseases (STDs) sure are, as is a rise in sexualized violence. And so much of online life is anonymous, which creates false sexual bravado and allows for sexually aggressive action divorced from consequences. Do you really want your boys looking at girls as sex objects and your girls using sexiness as a foundation for their identities?

Some facts you should know