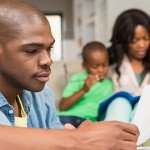 5 ways to get smart about test scores

It's important to look beyond the raw test results when evaluating a school's academic achievement.