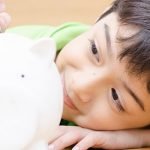 With schools focused on core subjects, there isn't a lot of room for teaching financial literacy. If you want your child to be smart about money, it's up to you.

The need for children to receive a basic education in money matters is all too apparent now that the nation is facing what some experts are calling the most serious economic meltdown since the Great Depression. Not only do students need to understand how the economy works, but – because our current situation came about in large part when many adults did not fully understand how their home loans would work over time and if they could afford them – young people today need to learn the basics of personal finance.

American citizens are exhibiting other signs of financial disarray, as well. According to the National Association of State Boards of Education (NASBE) Commission on Financial and Investor Literary, “American consumers now owe about $1.7 trillion in credit card and other debt, an amount roughly equal to the gross national products of Great Britain and Russia combined.”

As credit card debt increases, savings rates fall. In 2005, the personal savings rate crossed into negative territory for the first time since the Great Depression. Western Europe, on the other hand, has a savings rate of 14 percent.

Fortunately, the drive to teach financial literacy in schools is gathering steam. Highlights of a survey of states, published in 2007 by the National Council on Economic Education (NCEE), showed that:

Teaching children financial literacy has a positive impact on their later life. According to a 2006 report from NASBE, “Individuals graduating from high schools in states that mandate personal finance education courses have higher savings rates and net worth as a percentage of earnings than those who graduate from schools in states without such a mandate.”

However, the vast majority of schools today emphasize reading, writing, math and science in preparation for standardized tests, and that means there isn’t a lot of time left over for other subjects. If parents truly want their child to become financially literate, it’s up to them.

Eileen and Jon Gallo, authors of The Financially Intelligent Parent: 8 Steps to Raising Successful, Generous, Responsible Children, identify eight steps that parents can take to provide a basic foundation in money skills for their children.

GreatSchools asked the Gallos to describe these seven steps for our readers.

Eileen: We think that it’s really important for children to develop a work ethic. That involves helping kids to focus on schoolwork and to contribute by doing family chores. Extracurricular activities are also very important – if the child is not over-scheduled – because kids learn how to work with others as a team. Also, part-time jobs are appropriate, if the kids are old enough.

Jon: There’s a fascinating study out of Harvard which studied adult mental health. It studied not what makes people mentally ill, but what makes people mentally healthy. One of the findings was that the single biggest predictor of adult mental health was the ability to develop a capacity to work between the ages of 6 and 12. What Harvard calls a capacity to work is what we call a work ethic, namely the ability to be able to feel that what you’re doing is important, that you’re responsible for what you’ve accomplished and what you’ve failed to accomplish. So by helping our kids develop a work ethic between the ages of 6 and 12, we’re really helping them to be better prepared for life. Our eight points are really designed to help our kids to grow up to be responsible, self-sufficient and happy adults.

Step 2: Get your money stories straight.

Jon: What we mean is to understand your own relationship with money. As parents we’re teaching our kids about money all the time by the way we deal with money. It’s really important that we as parents understand what money means to us psychologically and emotionally. Is money something that scares us so we try to avoid dealing with it? Is money a scorecard for us? We recommend that parents actually sit down and figure that out.

In some cases what money means to you is something that you don’t want it to mean to your kids. If you grew up in a family in which your parents went through bankruptcy two or three times, or one of the parents was a compulsive gambler and they lost the house, then money can be a topic that is filled with frightening emotions. If that’s what money means to you, you won’t want to convey those emotions to your kids.

Eileen: If you give a child an allowance you’re giving him the opportunity to reflect and to think about the consequences after spending the money. “Am I happy with what I bought? Now I don’t have enough money to buy this other thing. Maybe I should have done something differently.” It gives them practice in making decisions and making choices, and in really experiencing consequences.

Jon: We make the comment in the book that children are naturally impulsive. Kids often do things without thinking about the alternatives. “Could I have done something else and what would have been the consequences if I did?” Our point of facilitating financial reflection is to help kids to learn to think in terms of choices, alternatives and consequences. That’s something that you can start doing when they’re quite young, like 3 or 4 years old. It’s a skill that is helpful to them their entire lifetime. You can use an allowance to help kids learn to think in terms of choice.

Eileen: Parents need to answer questions that kids ask. “Are we rich? How much did this house cost?”

Jon: “Why can’t I spend my allowance on anything I want? Why don’t we take vacations to Europe every year? Why don’t we buy a new car every year?” Kids ask questions about money and parents should be able to answer them.

Eileen: And have discussions. Ask the kids questions. Find out why the kids want to know this. Explore why they’re asking this question right now.

Eileen: That’s so that kids begin to understand that there are other uses for money besides just buying things for yourself. I think it’s really important to do it as a family. Children need to have charity become concrete so that they can experience it.

Step 6: Be aware of the values you model.

Eileen: Eighty to ninety percent of all communication is nonverbal. Do you as a parent spend a lot of money? Do you have to have the latest thing? Just be aware, very conscious of your behavior. How you spend your money is based on values. Do you spend a tremendous amount of money on clothes? Do you have to have a new car every year? Do you save for charity? Do you invest? All of those things are values.

Jon: In the book we talk about one mother who would go shopping with the kids. She’d grab a handful of credit cards, give one to the clerk and say “Let’s see if the credit card gods are smiling on me.” She’d never know whether she’d maxed out her credit cards or not!

Eileen: The other extreme is people who are so frugal that it compromises how they live their lives. If you’re overly frugal, kids grow up feeling deprived.