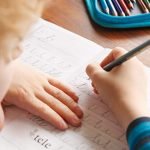 Learning to spell – a challenge for elementary students with LD

Get expert advice on common spelling problems for kids with learning disabilities and tips for conquering them.

When a child struggles with spelling, his writing is much slower than his thinking. This makes it hard for him to clearly express his knowledge and ideas in written school assignments. Spelling is especially difficult for students with learning disabilities (LD), so it is important that schools provide explicit, systematic spelling instruction on a regular basis throughout elementary school for these students. In order to evaluate spelling instruction in your child’s classroom or to consider how you might help your child improve spelling skills, it helps to have some understanding of the skills students need in order to become competent spellers, and the types of activities that promote these skills.

Unfortunately, some popular myths about spelling may discourage parents from trying to help their child improve in spelling.  These include:

Fiction:  Many people believe that good spellers simply memorize strings of letters to spell words correctly because English is too unsystematic.

Fact:  It’s true that learning to spell in English is more difficult than in other languages where the correspondences between letters and sounds are more predictable and less complex. But, in fact, the regularities in English spelling outnumber the irregularities. When a student learns these regularities, he can improve his spelling skills and minimize his dependence on rote memorization.

Fiction:  Many people regard spelling as an isolated, outdated skill that students no longer need in a technologically advanced society with computers and spell checkers.

Fact: First, spelling is not an isolated skill; it’s closely tied to other language skills. The relationship between spelling and reading is extremely strong, indicating that skilled spellers are most often skilled readers. Second, spell checkers catch only 63% of spelling errors, so for a student to write words accurately, he must know the correct spellings. When a student can write words correctly and automatically, this helps him to compose text more efficiently because it frees up his attention to focus on ideas rather than on how to spell words.

When a student begins to write a word, he first tries to locate its spelling in his memory. If this fails, he then applies his knowledge of sound-letter correspondences, spelling patterns, or spellings of other similar-sounding words, to devise a plausible spelling. In English, memorization plays a key role, because of the number of irregularities in English spelling. When the same letters and letter patterns are used to represent sounds consistently in different words – for example, “b” represents the sound /b/ in “bird,” “ball,” “baby,” and many more words-this creates regularities. But when different letters or combinations of letters can represent the same sound – for example, the beginning sound in “farm” and “phone,” or the vowel sound in “now” and “plough” – these irregularities can present reading and spelling challenges, especially for students with LD.

How are correct spellings stored in memory, and what skills does a student need to commit spellings to memory? A student remembers the spelling of a word when its letters become connected in his memory to its “phonemes.” Phonemes are the smallest distinct sounds that we hear when a word is spoken. For example, s-t-o-p has four phonemes, and ch-e-ck has three phonemes. Each of these phonemes is represented in the written word by a single letter or by a two-letter “digraph,” such as “ch” or “ck.” A student who learns the most common letter-phoneme connections – and some common letter combinations such as prefixes and suffixes (for example, un-, dis-, -ful,  -able) – has acquired the foundation for learning to spell.

At the phonemic level, memorizing correct spellings requires that:

The first step in this process, segmenting words into phonemes, is not so easy because when a student hears a word spoken out loud, he doesn’t perceive any breaks between phonemes – the points where one sound in a word ends and the next begins.

Parents can help a student distinguish each phoneme in a word by helping him notice the activity in his mouth as he pronounces a word. For example, when a student says “spot,” first the air hisses over his tongue to say “s,” then his lips close to say “p,” then his mouth opens to say “o,” then the tip of his tongue taps the roof of his mouth to say “t.” Instructional programs such as Lindamood-Bell’s LiPS© program provide extra help with this by teaching a student to monitor his own mouth movements by watching in a mirror as he pronounces a word.

A young child at risk for LD may be slow in mastering the alphabet, including the shapes, names, and sounds of letters, so he will need to be provided more opportunities to practice. You can tell whether your child needs more practice if, by about age six or the end of kindergarten, he cannot name capital and small letters easily and cannot write these letters from memory.

Instructional programs such as Letterland©, published by Wendon, offer help by providing special “mnemonics,” or memorization aids. In this type of program, the student is shown a picture of a familiar object that he can name, such as a snake. The snake is drawn in the form of a letter “s,” and is shown making a “Ssssss” sound.  Another example might be a “Kicking King,” drawn in the shape of “k.” The mnemonics are effective because children can look at the letter’s shape and be reminded of the picture whose name begins with the sound of that letter.

A student with LD may have trouble figuring out how letters are linked to phonemes, in the pronunciation of a specific word.  This is because students with LD have more than average difficulty distinguishing each phoneme in a word when they hear it spoken. When a student is experiencing this difficulty, it can be helpful for him to say the word out loud while looking at its spelling. Assuming he has some understanding of letter-phoneme correspondence, the letters can tell him what sounds to listen for in speech and to feel in his mouth when he says the word.  For example, the two separate phonemes in consonant clusters such as the “s-k” and “n-k” in “skunk” are hard to hear. However, looking at the spelling draws the student’s attention to their presence.

Instructional programs such as Benchmark School Press’s Word Detectives© program provide extra help with this skill by teaching beginning spellers to fully analyze letter-phoneme correspondence as they learn to read and spell words. The steps that students follow to perform this analysis are illustrated in Figure 1 below.

Figure 1. These are scripted steps a student uses to fully analyze the spelling of a word, by talking to himself out loud about the word as he looks at it and pronounces it. Using the example of the word “speech,” one student’s possible answers appear underlined.

Storing words in memory for reading and spelling

1. “The word is speech. It means talking.

2. I stretch the word and count the sounds (phonemes) on my fingers. I hear four sounds (s-p-ee-ch).

4. There are/are not the same number of letters as sounds because it takes two letters to spell two of the sounds (phonemes) in the word.

5. I write the letters in sound boxes (a horizontal row of squares) to show how the 6 letters match up to the 4 sounds.  s p ee ch

6. This is what I know about the vowel. The name of the letter E matches the vowel sound in the word. It is a long vowel so it is spelled with two letters.

7. Another word I know with the same vowel sound and spelling is see

* In analyzing words in Step 5, students will encounter some words containing letters that don’t fit because they do not represent a phoneme by themselves or as part of a digraph, for example, the “e” in cake. Students are taught to explain this and to write the letter smaller in size in an adjacent sound box.

In order to help a student overcome spelling difficulties, a teacher must first understand exactly what the student’s particular problems are. One way to figure this out is simply to ask the student to spell words. His errors should provide the teacher valuable insights. For example:

When students have not mastered the system of letter-sound correspondences, they often try to compensate by using reading and spelling strategies that may make things worse. For example:

These problems often characterize the spelling struggles of a student with LD. If the student persists in using these ineffective strategies as he moves through the grades, it will severely limit his development as a reader and a speller. Even if the student is receiving remedial reading instruction, unless spelling instruction is emphasized as well, he may improve in reading but his spelling difficulties may still linger.

Memorizing the spellings of irregular and long words

In languages with a higher degree of spelling regularity, such as Spanish, it is much easier for a student to figure out the correct spelling of an unfamiliar word. But in English, a speller must encounter, notice, and pronounce specific words to remember how to spell them. As noted earlier in this article, the same phoneme may be spelled one way in some words and another way in other words, for example, the long /a/ sound in “mail” versus “male,” or the /s/ sound in “sit” versus “city.”

It is especially hard for a student to guess the spellings of longer words correctly. One reason is that a long word may contain letters that are not heard in its pronunciation. A common example is the “schwa” vowel in unstressed syllables, which is pronounced like the sound “uh,” for example, the last two syllables in med-i-cine. It is harder to remember these letters when they do not represent their proper, distinctive sounds. Other cases of letters that are not heard in pronunciations are doubled consonants, for example, those in “difficult” or “dessert”; and vowels that precede “r” within a syllable, for example “ar” in “collar” and “or” in “color.”

There are strategies a teacher or parent can use to help students remember the spellings of some longer words, for example by:

How parents can help

To summarize, in the primary grades, spelling instruction should provide a foundation for remembering spellings that includes:

Young students with LD need these foundational skills to remember spellings of simpler words that predominate in their reading and writing lessons. As a student advances through the grades, the words he needs to spell become more complex.  Without a solid foundation and without continued instruction in word spellings and regularities, a student will have difficulty sustaining strong spelling skills as he progresses through school.

Parents can help their children become better spellers. Of course, how much help you can provide depends on your own spelling skills.  It is not unusual for the parent of a child with spelling problems to have those problems as well. If this is your situation, you may want to encourage the school to increase efforts to help your child build spelling skills or you may request that the teacher provide spelling exercises for your child to practice at home. Or you might seek help for your child from a private tutor with expertise in spelling instruction.

If your child’s school does not teach spelling as part of comprehensive literacy instruction, you might join with other interested parents to persuade the school or school district to include explicit, systematic instruction in spelling in its literacy curriculum throughout the elementary grades.