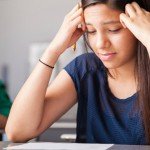 The power of desperation

Tapping into their deepest desires and biggest dreams — and nightmares — motivates test takers to prepare well and succeed, says a test prep coach.

Standardized tests strike fear into the hearts of students, no matter what their age or what test they’re taking. I work with a lot of students, helping them to prepare for tests such as the ACT, SAT, ISEE, GMAT, and more. I’ve noticed that students who are able to improve their scores significantly often share an important quality: desperation.

I learned this strange fact firsthand. At 16 I was a scared, lonely kid who thought the path to salvation lay in higher education. I’d been told my whole life that I was great at math, and I’d learned to experience a competitive thrill in the pursuit of higher math skills. When I first sat for the SAT in the fall of my junior year, I scored a perfect 800 on math. Verbal was a different story: I scored 680 – not terrible, but not high enough to vault me out of my small Midwestern town into a top school with a scholarship. Friends and family had led me to believe I simply wasn’t born with strong verbal skills. But I was desperate to achieve a higher score.

The following summer, I joined a program of college students teaching English to Spanish students in Málaga, a city in southern Spain. It was there, in a foreign country, that I applied myself to the task of mastering my native language. I read English classics in my spare time, devouring two a week. Removed from the environment that reinforced the idea that I was a certain way, I focused on my “weakness” and endured the discomfort of rewiring my brain.

When I returned to school and sat for the SAT a second time, I scored a 790 on verbal.

Changing how you think

I believe that before I spent that summer reading challenging literature so intensely, I was literally not as smart as I was on test day. How did I raise my IQ that long, hot summer? Sheer desperation. I was desperate to get into a great school so that I could move out of the Midwest.

That’s what learning is. When you learn, you rewire the brain. Neurons that fire together, wire together. To increase their scores, students must work with intense, focused attention. This kind of effort engages the brain’s natural ability to rewire itself.

This process is neither easy nor comfortable. Brain state is constantly in flux, but this kind of brain state shift – premeditated, self-directed, and quick – demands a high level of motivation and discipline. This is the skill that separates those who achieve their goals from those who do not. Learning how to learn, and knowing that they have the ability to change their brain, will set your child up for a lifetime of successes.

Which brings us back to the power of desperation when facing a standardized test. Last fall, Derek hired me to help him improve his GMAT test scores. Like me, he was convinced that he was “not good at verbal.” I gave him a heavy workload and advised him to study six hours a day. Unlike many of my students, Derek did everything I suggested. In the process he would become emotional — frustrated, angry, sad, and joyful — sometimes all within a single session. He learned to embrace his mistakes, push aside his pride, experience the pain of failure, and move on. He worked intensely and his score rose from the 44th percentile to the 71st percentile in three weeks.

Then, for the next month, Derek’s score stagnated. We focused heavily on his weakest areas in verbal. He devoured the books I suggested. Six weeks into his study, and just before his final GMAT sitting, his practice scores fluctuated between the 76th and 84th percentiles. After every high score, he’d think all was well. The result? His next score would plummet.

When Derek scored well on his last practice test, I told him: “In all likelihood, you’ll continue to follow this pattern and you’ll score poorly on the next test.” His eyes widened, he set his jaw tight and he said, “There is no way I am going to let that happen.” Derek was desperate. He gathered up his resolve and knowledge and scored a personal best on the actual exam.

If your child wants to improve their standardized test performance, they must be willing to do more than go through the motions of test prep. The lion’s share of my job is imparting motivation. It takes courage to act on your desperation and move toward your dreams.

Courage in the face of fear

As parents, encourage your child to see that they are not one way or another way, that they are human and can be any way: good at math, good at language arts, good at anything to which they put their minds. And at the same time, model courage for your child by making levelheaded choices in the face of your own fears. They need to know that fear is normal and that we don’t stop in the face of it, but keep going.

As students are learning and rewiring their brains, they need to be free to embrace the lessons of their failures. Some students, like Derek, respond to the possibility of bleaker alternatives and unrealized dreams by throwing themselves into projects with focus and intensity. Along the way, they may become emotional and stressed, which is why students who are afraid of those feelings or who pursue standardized tests in order to please others, are unlikely to produce big results. But the threat of unfulfilled aspirations should not be used to terrify them, but to help them see that they’ll need to draw on their deepest desires to achieve life-changing results.

Tap into your child’s most intensely held dream and help them take the steps to reach it. Not only will they exceed your expectations, but you’ll find that neither of you is the same afterward.