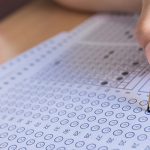 Advertisement
Parenting » Uncategorized » A guide to the STAR tests in California

A guide to the STAR tests in California

Get answers to all your questions about STAR in our guide to understanding the test and its results.

Every year, the release of STAR scores sparks a media blitz that puts schools in the spotlight. Parents are left to wonder what to make of their children’s scores and their school’s results. Our guide tells you everything you need to know about California’s STAR program.

Each spring, California students in grades 2 through 11 take a series of tests through the Standardized Testing and Reporting program, more commonly known as STAR. First administered in 1998, the STAR program requires all public schools in California to test students between mid-March and mid-June of every year.

The testing program consists of standards-based tests designed to show how well California students are mastering the grade-level content standards established by the state Board of Education. In grades 2 through 11, the California Standards Tests (CST) cover English-language arts and mathematics. In grades 8 through 11, the test adds history-social science. In grades 5, 8 and 10, students take a science test. In grades 9 through 11 students take the CST for the math and science courses (such as algebra, geometry, physics or chemistry) that they are currently enrolled in. Ninth graders who are not yet taking algebra take the General Mathematics Standards Test. Students in grades 9 and 10 who had completed Algebra II or Integrated Mathematics during a previous school year, and grade 11 students who completed one of these two courses anytime prior to the beginning of testing, are required to take the Summative High School Mathematics CST.

Students with severe disabilities who are unable to participate in the regular testing program take the California Alternative Performance Assessment (CAPA). The CAPA measures achievement in English language arts and math. A science CAPA test was added in 2008.

The Aprenda, La prueba de logros en español, Tercera edición (Aprenda 3) is a nationally norm-referenced achievement test of general academic knowledge in Spanish for Spanish-speaking English learners, given in grades 8 through 11. The STS will replace the Aprenda 3 for grades two through eleven beginning in 2009.

The California Achievement Test, Sixth Edition Survey (CAT/6) was eliminated from the STAR program in 2008-2009.

What’s the difference between STAR and API?

With all the different scores and numbers, it’s easy to get confused. STAR is the name for the whole testing program created to ensure that all California students are consistently assessed on a regular basis.

Each school’s STAR results are calculated into a complex formula that assigns the school a base API between 200 and 1000 (1000 being the best score). The state has set 800 as the target API score that schools should try to achieve. This number is translated into a ranking, 1 to 10, from under performing to high performing. It is used to help schools track their own progress and to hold schools accountable for improvement. The results may result in sanctions or rewards for schools. For more about the API, look here.

How are your child’s STAR results calculated?

The standards-based test results tell you how many correct answers your child had on this part of the test. Since only California students take this portion of the test, the results cannot be compared with other students across the nation. You will also see what level of performance your child has achieved in mastering state standards according to the five levels of proficiency established by the California Department of Education: advanced, proficient, basic, below basic and far below basic. Students who score at the proficient level or above are considered college-bound, particularly at the high school level.

What happens when STAR scores and classroom grades don’t agree?

Some students who receive lower scores on the STAR test may be at the top of their class, while others who excel on the test may consistently receive low grades in school. In either case, you should meet with your child’s teacher or principal to discuss what steps your child or your child’s school can take to improve consistency between test scores and classroom grades, and what you as a parent can do to help.

How important is STAR?