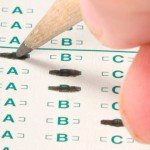 State tests hold schools accountable for results, but they don't tell the whole story about a school.

How Important Are Test Scores?

Test scores give you an indication of how students are performing at a particular school. But they don’t tell you the whole story. The test scores you see on GreatSchools.org, as reported by the state Department of Education, compare groups of students from one year to the next but they don’t tell you about individual student progress. They don’t tell you about the richness of the curriculum – whether there is art or music, or opportunities for individual or group exploration into a particular subject. These are important factors to consider when evaluating the effectiveness of your school, or when you are searching for a new school for your child. Test scores are a starting place for looking deeper. Here are three things to look for when comparing schools’ test scores.

Why Is There So Much Emphasis on State Tests?

After the passage of the federal No Child Left Behind Act in 2002, every state instituted testing and standards in core subjects to comply with the law. Schools are required to test students annually in reading and math in grades 3 through 8 and at least once in grades 10 through 12. Students must also be tested in science in at least one grade in elementary, middle and high school.
Test scores are used by districts and states to identify student progress, see how students are performing in different schools, and see how different groups of students perform relative to others. States also use test scores in an accountability formula developed to identify the lowest performing schools and provide those schools with support.

How High Should the Standards Be?

All states are asked to set high standards for students, but they have the flexibility to choose those standards on their own. Forty-two states and the District of Columbia have adopted the Common Core State Standards for reading and math in an effort to set common goals. The remaining eight states have standards in place as well. States are responsible for creating their own science and social studies standards, subjects not included in the Common Core.
Although the Common Core and other state standards provide a framework for what students should learn, schools decide how those standards will be taught. Standardized testing is meant make sure that no matter how schools decide to cover concepts, students are learning essentially the same skills.
Accordingly, state and school leaders continue to grapple with the question of how high the standards should be. Educational leaders face the challenge of “raising the bar” and holding high expectations for students while keeping the standards realistic so that the majority of students can achieve them.

How Can You Compare Test Results From One State to Another?

Although the Common Core standards transcend state lines and some states even use the same tests, each state sets its own guidelines for what scores mean a student is proficient. For this reason, GreatSchools’ 1-10 rating can only be used to compare schools within a state.
You can compare states on a national basis by looking at the National Assessment of Educational Progress (NAEP) scores. Every state is required to give the NAEP test to a sample of students in fourth and eighth grade in reading and in mathematics. By comparing the percentage of students achieving proficiency on state tests with the percentage achieving proficiency on the NAEP, you can get an idea of how demanding each state’s standards are.

How Do the Tests Influence What Happens in the Classroom?

Proponents of state standardized tests believe these tests drive schools to focus on getting all students to meet basic proficiency levels and achieve basic skills. The tests provide a measure of accountability for what goes on in the classroom.

Critics of the tests are concerned that the pressure to raise scores encourages cheating and “teaching to the test.” Subjects such as art and music, which are not currently tested in most states, get less emphasis, and students may miss being exposed to a rich academic environment.

What About High-Stakes Tests?

The prevalence of “high stakes” tests is in flux. While some states use testing to determine whether or not students progress to the next grade or graduate from high school, many of the federally regulated consequences for low test scores disappeared under the new Every Student Succeeds Act (ESSA).
Under ESSA, schools are no longer required to demonstrate “adequate yearly progress” based on test scores – a mandate with consequences as drastic as school closure. Instead, schools must be evaluated on more diverse measures of student performance, including factors such as school safety and graduation rates.
High stakes tests are still controversial. Proponents believe they propel schools to focus on getting all students to achieve and create a “no excuses” environment. Opponents counter that it’s not fair that a single test determine whether a student is promoted or allowed to graduate, and that such tests lead educators to narrow what is taught in school.

What Should I Do If I’m Concerned About My School’s Test Scores?

If you are concerned about your school’s results or the amount of time students spend preparing for state tests, here are some questions you can ask your school principal and school site council: