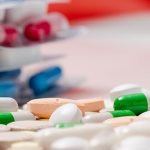 Media stories about stimulant medications for ADHD are often misleading. Learn what research tells us about ADHD medications and the risk of substance abuse in children and teens.

If you’re a parent whose child takes prescription stimulant medication for Attention-Deficit/Hyperactivity Disorder (ADHD) – or you are considering medication for your child – you probably find such news alarming – and confusing. Put your newspaper aside. Turn off the TV news. Let’s look at what recent research tells us and get a clear perspective on the benefits and risks of kids taking stimulants to manage ADHD.

In a 1998 report, the National Institutes of Health summarized the results of several studies that showed adults with ADHD reported higher rates of substance abuse than the general population. The risk of a person developing a substance abuse problem (alcohol and/or drug addiction) during his lifetime is twice as high (52%) for those with ADHD than for those without the condition (27%).

Years of struggling with these challenges can severely erode a youngster’s self-esteem. Poor self-esteem, coupled with the need for immediate gratification many kids with ADHD feel, can lead them to seek refuge by “self-medicating” their problems with alcohol or inappropriate use of drugs, including prescription stimulants or illicit drugs.

This challenge is compounded by the fact that an estimated 40% to 60% of kids with ADHD suffer from at least one other psychiatric disorder. Research suggests, for example, that conditions such as conduct disorder and bipolar disorder increase the risk of substance abuse in teens with ADHD.1,2

Other factors that increase the odds that a child with ADHD will develop a substance use disorder (SUD) include:

Managing ADHD: stimulant use versus abuse

One key to preventing substance abuse is for ADHD to be diagnosed early and managed effectively. Proper management of ADHD usually includes behavior modification, appropriate accommodations at home and school, and, for the majority of kids with ADHD, taking medication prescribed by a physician.

Unlike most medications prescribed for ADHD, stimulants have a long track record and are approved by the Food and Drug Administration (FDA) for treating the disorder. It’s critical for parents, teachers, and the doctor to monitor a child’s response to medication on a regular basis. The dosage may need adjustment based on the child’s reaction, physical growth, hormonal changes, and side effects.

The nagging concern that therapeutic stimulant use may lead to future substance abuse has prompted researchers to study youth with ADHD over time. So far, the research results are encouraging. Several recent studies have revealed the role of responsible medication management of ADHD in reducing the risk of developing substance abuse problems.

Here are the findings of two of those studies:

Results like these should help parents breathe easier. Yet, it’s critical that parents continue to ensure appropriate overall management of their children’s ADHD, including monitoring the child’s well-being by working with teachers, doctors, and the kids themselves.

Several non-stimulant medications appear to be effective for managing ADHD. Strattera®is one such medication. It acts much like a stimulant but is not a controlled substance. Strattera may be an appropriate first-line medication for children who have ADHD and also have a family history of substance abuse. Two other groups of medications that are effective in managing ADHD in some children are antidepressants and antihyptertensives.

Teaching your child to be responsible with medication

When your child is in elementary school

When your child is in middle school and high school

As your teen leaves home to live on his own

As your teen prepares to move into an apartment or a college dorm, make sure he:

Scientific research into the relationship between ADHD, stimulant use, and substance use disorders is ongoing. The development of non-stimulant drugs to treat ADHD will likely continue. As a parent, you’d be wise to stay abreast of news on both fronts.

Warnings about possible side effects of prescription medications are updated frequently. To stay abreast of recent warnings that may have been issued on your child’s medication, visit the U.S. Food and Drug Administration Consumer Education/Information website, and ask your pharmacist for an update each time you refill the prescription.