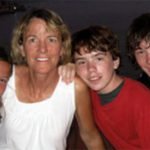 Dare to be uncool

In an open letter to her three children, a mom implores them to stand up for kids who are bullied, even if it means going against the popular crowd.

As you head back to school, I have so many wishes for your school year. I want you to have inspiring teachers, make new friends, have challenging adventures, and discover new things that you love.

And something else: I hope you’ll dare to be uncool, whenever you get the chance.

When I was in middle and high school, there were kids who were were mocked and teased every day, and I don’t remember a teacher or school administrator ever trying to stop it. In fact, many teachers made it clear (without saying so) that they didn’t much like those kids, either.

I remember one incident in particular when a boy who was a favorite bullying target, bravely — but unwisely — sang a song at the all-school talent show. The song — “What Color is God’s Skin?” — is about tolerance, but the message was lost on his audience. The moment he got up to sing the hooting and laughing began, and it didn’t stop until the song was over and the boy hunched off the stage. No teachers or administrators rose to stop the taunting, and no one used it as a teachable moment to talk about later.

But that was the Dark Ages, right? At your schools, there are rules against bullying, and incidents of teasing, name-calling, and bias are taken seriously and dealt with immediately.

Still, bullying is still alive and well. Every day in the newspapers there are stories of gay students being tormented at school, or teens driven to suicide after months of harassment. All three of you have told me about the bullying that goes on below the radar: whispering, exclusion, put-downs, and internet harassment.

So my wish is for you to have the courage to stand up when you observe someone being teased, or excluded, or bullied. You don’t have to jump up and down or deliver a sermon, but it has tremendous power if an observer says simply, “Cut it out,” or, “That’s not cool.”

This sounds easy, but I know it isn’t. I wasn’t always a profile in courage myself. I know how fun it is to be part of the group — so deliciously fun that it may not occur to you how terrible it feels to be a target. There were times when I didn’t join in, but I didn’t do anything to stop teasing, either. Even as an adult, there have been times when I could have stood up and didn’t. Now, when I look back over my life, those are actions — and inactions — I regret.

So I hope you won’t give in to the temptation to join the fashionable or popular crowd if the cost of being cool is someone else’s feelings. And I hope you won’t turn away when someone is being picked on, as if it has nothing to do with you.