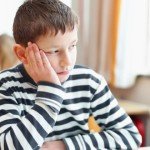 Advertisement
Parenting » Emotional smarts, Learning disabilities, Math, Reading » School’s out! Or is it?

Should you give your struggling kid a break over the summer, or is this crucial time wasted?

When that last bell rings in June, most kids dream of spending months away from the books and confines of school. But for students who struggle with learning, summer often means more classrooms, more teachers, more work, and sometimes a taste of success.

For parents it can be a tough call — is it better to give your children a break from academics, or will that set them back even more when September rolls around?

In a 2003 study that looked at research on summer learning loss, Harris Cooper, a psychology professor at Duke University, found that students’ standardized test scores were lower in September than in the spring — on average students had lost the equivalent of one month of instruction. The findings were worse for math (a loss of about two months). And that’s for children without learning disabilities.

IDEA regulations provide that a child should get summer services (called extended school year services) if the team determines that they’re required to achieve a “free, appropriate education.” But even if the school is willing, is it the best call for your child?

Ann Cathcart wrestled with that very question 15 years ago. For her son, who has learning disabilities, tutoring and summer school felt like punishment. Since school was not exactly her son’s favorite place to be, did she want to subject him to that setting for those fun summer months?

“As a mom, I think it’s really important for kids to have fun in the summer and not have the stress of the school year,” she says. “But I found that he regressed over the summer.”

Lezley Holmes, a licensed educational psychologist in California, has seen that regression in the children she works with. Often it takes months before the kids have caught up with their current work. And that just sets them back even further. Summer programs can actually be a better place to learn, Holmes says, because they allow kids to focus more on one subject and to “chunk” learning into smaller parts of the day.

“Due to budget cuts and lack of resources, one of the few times that schools can help deliver intensive intervention is during summer school,” Holmes says. Summer programs also mean smaller classes, more focused learning, and more hands-on experience, she adds.

“The setting is often more relaxed, and there is more flexibility in how the kids learn the material,” Holmes says. “Many parents feel that their children may need the break, but the fact is that they still end up with more than four weeks of downtime over the summer.”

For Fred Minnick, summer school turned out to be the key to turning his life around. Minnick, now 31, was in a separate special education classroom in his small Oklahoma town from third through eighth grade. He had reading disabilities but was placed in a class with children with more severe cognitive disabilities. “I was in the class that everyone made fun of,” he says. His teachers told him to consider a career in welding.

The summer after his sophomore year, Minnick went to Upward Bound, a federally funded summer program for disadvantaged youths. For the first time, he was placed in a classroom with non-disabled kids — kids, in fact, who were whip smart. The expectations were high, and Minnick’s teachers were encouraging. They taught him differently, and suddenly things began to click for him.

Minnick immediately noticed a different atmosphere in the classroom — because the expectations were high, he found himself working hard to meet them. “Being in a class with high achievers really motivated me,” he says.

He went back to the summer program each year for the remainder of high school, graduated from college, and is now a published author and photographer.

Ann Cathcart, the mother who hated the idea of sending her son to summer school, ultimately took matters into her own hands and started a summer camp for kids with learning disabilities.

The program she created, the Learning Camp, combines solid academics with lots of free time and regular summer camp activities. But even the academic portion does not look anything like a school. Kids take their books outside to work by a creek or do math at a picnic table. And there is no homework or tests, so they don’t feel any stress.

The program emphasizes success for the kids. When children are successful, they tend to push harder, Cathcart finds, and success breeds success. “My opinion is that if we can maintain their self-esteem, they will stay motivated,” she says.

Minnick would agree with that philosophy. “That summer opened my eyes to what I could be,” he says. “The LD cloak came off of me.”