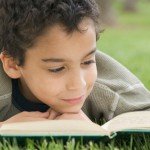 Should kids get summer homework?

Pointless busywork or essential academic upkeep? The experts weigh in on the hot debate.

This ambitious undertaking may prove Sara’s undoing — at least if the 17 year old wants to enjoy her summer vacation. Somewhere in between spending a week at a Girls State program, a month at the New Jersey Governor’s School of Engineering and Technology at Rutger’s University, and visiting a few potential colleges, Sara must complete the following workload before school starts:

Oh, and her English teacher recommends that she attend Shakespeare performances at the local college to supplement the many plays she’s required to read as part of AP English. “I try to put a positive spin on it,” says Sara’s mother, Jill. “I told her, ‘Summertime’s a great time to read Shakespeare!'” But, admits Jill, it’s not so easy to put the same kind of “fun” spin on the stack of mind-numbing calculus and chemistry books hefty enough to take down a Yellowstone grizzly.

Forget languidly balmy weeks unwinding from the stress of an intensive school year. Goodbye, as well, to working her usual summer job as a lifeguard, which Sara unhappily has to forgo — along with the money she hoped to save for college. As her mother puts it, “Summer homework is a full-time job.”

Sara’s not alone. The oxymoronically named “vacation work” is on the rise. Sara’s older sister had only a few books to read over the summer when she was in high school — and that was just eight years ago. Jill, who like her daughters was a high achiever in the top five percent of her class, remembers completely homework-free summers.

Many parents remember their own childhood summers as true respites from school, devoid the rigor and rigidity of academic life. Summer was a sprawling mass of unstructured time that ranged from idyllic laziness to stupefying boredom to invigorating camps and family vacations, not scores of math worksheets, science packets, and lists of “good-for-you” classics that hardly qualify as light beach reads.

Harris Cooper, chairman of the department of psychology and neuroscience at Duke University and America’s leading homework scholar who co-authored the landmark meta-study on homework, says that while there exists no formal studies on the rise in summertime homework, he’s witnessed a particularly sharp increase over the past two years — probably a response “to high-stakes testing and accountability issues for schools.”

Some parents argue summer homework is nothing more than bland busywork that saps the joy and spontaneity from summer. So says Sara Bennett, founder of StopHomework.com. “Even if there is a summer slide, I don’t think homework is the solution,” Bennett says. “Kids don’t have enough downtime during the school year. I think they need that freshness during summer.”

Here’s a revolutionary approach for vacation purists who say kids deserve a good, old-fashioned summer free from intense brain-strain: Just say no. That’s what Bennett suggests a parent do in the fall if a child is averse to doing the packet. “I’d send it back and say, ‘I’m sorry, my child didn’t have a chance to do it.’ ” (A parental dispensation only possible for kids who haven’t entered the high-school pressure cooker where — as with Sara Notte — summer homework is graded and can directly affect a student’s chances to enter a top-tier university.)

On the other side of the summer homework debate are the moms and dads who, when the school doors slam shut, ramp up the supplemental brain work, even if the teachers didn’t provide it themselves. Most parents, though, fall somewhere in the for-better-or-worse-summer-homework-is-here-to-stay camp.

So if the kids have to do it, can we at least be reassured that it’s a magic bullet to protect young minds from melting? “We can’t say that with any objective data,” Cooper says. “But we would make the assumption if students are continuing to flex their mental muscles over the summer, this would have a positive effect on how much material they retain when they return.”

No buy-in from the kids

“There definitely is a lag — I’m not denying that,” says Denise Pope, senior lecturer at the Stanford University School of Education and co-founder of Challenge Success, a research and student-intervention project. “I absolutely agree that three months is a long time to not do anything. That said, I’m not sure this idea of giving workbooks and pages and pages of handouts works.”

The reason it doesn’t work? “There’s not a buy-in from the [kids],” Pope argues. “In order for any learning to be retained, there has to be engagement on the part of the students.” Pope explains that students need the “ABCs of engagement,” which means they’re engaged affectively, behaviorally, and cognitively. “If they’re intrinsically motivated, then they’ll want to do it.”

“I know kids who get these huge 40-page math packets,” Pope says. “It’s because [teachers] want [kids], over time, to have systematic practice. The problem is that this requires an adult to monitor this kind of disciplined work. It’s not like a kid can do that on his own. So it puts a burden more on the parents.”

So, alas, those nightly angst-ridden homework dramas that run from September through June now get year-round billing. The other problem, Pope says, is that summer homework packets (frequently put off until the last unhappy week before school begins), often seem to fall into an academic black hole once they’re turned in — with no feedback from teachers and no effect on kids’ grades.

As for the work that Pope’s three kids — ages 10, 12, and 15 — get handed at school’s end, she tells them, “‘I won’t bug you about this at all. I won’t be the police.’ We look at the assignments they get for the summer and I say, ‘How long do you think this will take? Do you want me to remind you to do it?’ ” But if they leave it until the tail end of the summer, Pope says, well, that’s their choice. It’s their vacation, after all.