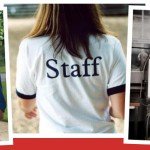 A summer job can be the key to future success for teens with learning disabilities.

If your teenager has learning disabilities or other special needs, you might think that a summer job is not in the cards. But, in fact, working at the right job might be the ticket to boost your child’s self-esteem and put him on track for a successful post-school life.

Many kids in special education have spent much of their academic life with loads of adult support — tutors, aides, specialists, and special education teachers. They haven’t had much of a chance to step out on their own to try their skills in the real world. A job can serve as the first step toward breaking those supportive ties.

“Lots of kids feel like they’re tethered to their tutor,” says Jill Lauren, an LD teacher and author of That’s Like Me, which profiles 15 people with learning disabilities. “Work gives them an opportunity to embark on a new challenge and do it independently.”

And those moments when they realize they can do things on their own is when they start to believe in their own accomplishments. That same summer job may also help kids find their ultimate career path and serve as a sort of apprenticeship.

Lauren’s book chronicles the victories work has offered to kids who found little to cheer about in school. Paul Armstrong, a musician with a learning disability, still could barely read when he got to high school. But he always loved music and started playing the piano when he was three.

“I wanted to go to college, but I was worried because reading music was still difficult. Instead, I began playing piano at restaurants, and I actually got paid for it,” he relates in the book. He parlayed that job into a career — he plays in a band, teaches music to kids, and is a musical director.

The first step in finding an appropriate job for your child is to do an honest assessment of their strengths, weakness, likes, and dislikes, says Dr. Stephanie Mihalas, an adjunct professor at Pepperdine University and founder of the Center for Well-Being: Psychological Services for Children, Youth, and Families.

“Be realistic,” Mihalas says. If your child hates math, don’t look for a job as an actuary. Mihalas sees parents on both ends of the spectrum: those who think their child is not capable of doing any job, and those who disregard the assessment of experts and believe there are no limits for their child. For a child to have the best shot at success, it’s important that parents do an honest assessment of his or her skills.

Start by making a list of your child’s strengths and weaknesses, she suggests, and then think about jobs that might fit.

Some places to consider for jobs include:

Once you’ve targeted some possible jobs, you may need to take the lead in finding opportunities, depending on your child’s skills and disability, Mihalas says. Contact each employer to ask for a visit and an interview.

Before you go in, do a mock interview with your child so he is comfortable with the range of questions he might face.

Even if your child stumbles a bit on the job, never fear — it’s part of the learning process. Encourage your child to talk to his boss about problems he’s having and to be honest when he’s having trouble. Try role-playing with your child to help him with the meeting. Chances are he will discover that when he asks for help, people will lend a hand. And that’s a powerful lesson for the future, Lauren says. “Most people don’t want their employees to fail,” she adds.

A summer job is the first step in a process that will hopefully lead to full-time employment after high school or college.