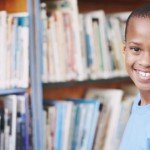 Teaching kids to be resilient

Does your child tackle obstacles optimistically, or do pitfalls stop him in his tracks? Here's how changing your child's self-talk can make all the difference.

“I’m so stupid. I’ll never get this!” The message looped inside Kent’s mind, its echoes blinding him to any way forward. When his teacher came by, she assumed he was daydreaming and not giving the practice exercises any effort. A reprimand followed. Kent looked back at the work in front of him, and the audio loop returned. “I’m stupid,” it reverberated. “I’ll never get this.”

In addition to imagination, fostering children’s reflection abilities helps them develop resilience. We can equip kids to think their way out of defeat and into healthy mind states where learning — deep learning, in fact — can happen.

Reflection comprises the ability to monitor one’s own thinking (metacognition) and to engage strategies (self-direct) that make positive adjustments. It involves three phases — or guided questions — to help a child become more self-aware and resilient:

This seems basic, and yet this first step may be the most elusive. To redirect thinking, which precedes renewed effort, someone must first recognize his current state of mind. Kent may replay that defeating message without realizing he’s doing so. Self-awareness is not the mind’s default state.

A study conducted a few years back illustrates this. Researchers theorized that young people diagnosed with ADHD might be able to redirect their attention if they are made aware of their distraction. To test this, researchers set up mirrors near the work areas of several students. When a child became distracted and looked up from his work, the first thing he saw was his distracted self in the mirror. Once they recognized this, most kids were able to redirect their attention and complete the assigned task.

This unawareness of one’s current mental state is not limited to those with ADHD. Research suggests most of us have blind spots where a mirror — literal or figurative — could help. As emotional intelligence expert Daniel Goleman explains: “…those who focus best are relatively immune to emotional turbulence, more able to stay unflappable in a crisis and to keep on an even keel despite life’s emotional waves.” Keeping on an even keel requires recognizing when the boat is being rocked. Awareness precedes course correction.

Could you think that out loud?

When I encounter a child who appears frozen by distraction or uncertainty, I ask him to talk; specifically, I ask him to think aloud. At this point, I’m not as interested in his thinking regarding how to complete the task as I am in what he is mentally telling himself. I may prompt, “What are you thinking about yourself as you try to complete this task?” It is important to guide the child to consciously recognize the “messages” he is telling himself. Once we identify the self-talk that is taking place, we can work on changing the conversation.

To some, this may sound more like psychobabble than teaching, but I experienced the influence of such an approach when I was in fourth grade. Not all self-defeating messages are belittling in nature. Growing up the youngest of four children, I frequently felt like I was in catch-up mode. My siblings were accomplishing things that were beyond my years.

Somewhere in middle elementary school, this “race” made me think that I had to be the first one in my class to complete any assignment. I rushed heedlessly through each task and felt victorious if my work formed the foundation of the completed pile. After a sprint through some assignment, my teacher called me aside. “What’s going on in your head?” she asked me. I told her I was just trying to get my work done. “No,” she said, “you’re trying to be the first one done every time. Why? What are you thinking when you are working on assignments?” She persisted, and I voiced my thoughts, which enabled us to redirect my thinking. I became a better student that day, not just in school, but in all of my endeavors. One teacher, taking the time and interest to dig for the source of a problem, can make a significant difference.

Phase 2: “What can I tell myself to redirect my energy?”

Self-talk is one of the most powerful cognitive tools available. As Jim Afremow, an expert on the mental game in athletics and author of The Champion’s Mind: How Great Athletes Think, Train and Thrive, explains, “thoughts determine feelings,” and “feelings influence performance.” Using self-talk effectively is an act of control. When a child takes control of her mental messages, she is on her way to redirecting her efforts and increasing her learning.

In the famous marshmallow test, researchers asked the children who resisted eating the marshmallow right away what they did to withstand the temptation. Several indicated that they talked to themselves. They told themselves messages like, “You can do this. Try to wait for one more minute,” and, “Make this fun. Imagine what else that thing could be besides a marshmallow.” What an example of using self-talk to distract oneself! “The mind guides action,” explains Antonis Hatzigeorgiadis, a professor at the University of Thessaly who has studied self-talk and sports performance. “If we can succeed in regulating our thoughts, then this will help our behavior.”

Instructive self-talk, the act of “talking” through the details of how to do something successfully, is more effective than self-esteem boosting messages (e.g., “I’m the best!), in part because the brain has difficulty accepting a compliment that doesn’t have an associated accomplishment, but also because instructive self-talk increases the mindfulness with which a child approaches a challenge.

A struggling child is the most likely to be trapped in a self-defeating cognitive whirlpool. Once the defeating thoughts are identified, you can guide a child to healthier mental messages.

My favorite approach for this phase comes from Robert Brooks, who speaks internationally about motivation and resilience: “This strategy you’re using doesn’t seem to be working. Let’s figure out why and how we can change the strategy so that you are successful.” This response a) directs focus to the strategy rather than the child (i.e., fixing the strategy rather than the child), b) makes you a partner in analyzing the error and in determining how to change the strategy, and c) communicates your belief that the child can be successful. Once the attention shifts to the strategy, you can ask the child to engage in instructional self-talk, speaking aloud about the process of accomplishment related to the task. This gives you immediate formative feedback. From there, figuring out what’s wrong with the strategy and redirecting the child’s thinking and actions becomes natural.

Guiding children through the process of self-awareness and redirecting their mental energies creates a powerful learning opportunity. When our brains do not achieve an expected outcome from our efforts, be they cognitive or physical or a combination, we experience a feeling of disappointment. That feeling indicates that at that moment we are primed for learning, but — and this is critical — only if we are willing to attend to and examine our errors.

That means that when children make errors, when they struggle, we have a great opportunity to spark deep learning, but only if we respond to their mistakes effectively and help them analyze errors.

As Brooks’ approach suggests, figuring out why a child’s efforts have not been successful is an important step. While it’s more efficient to tell a child the right way to do something and expect him to do as he’s told, such an approach fosters compliance while avoiding learning.

Guiding a child to figure out what went wrong increases the likelihood of insight — that moment when he says, “Oh! I get it!” Error primes the mind for insight, and analyzing the error invites it. Ask the child to think aloud as he revisits his thoughts and actions. Many times, just doing this enables the child to discover his own mistakes and lingering questions. If not, you can point out where the thinking went astray and redirect the child toward deeper understanding or effective action.

As imagination enables a child to visualize “making that scene really happen” (the scene in which the child experiences success), reflection empowers a look back in order to determine a way forward.

Whether in at home or the classroom, the one doing the thinking is doing the learning. When thinking ceases and self-defeating messages crescendo, we can guide children to healthier states of mind and, in the process, equip them to make such cognitive turns on their own.

Reprinted with permission from the Clerestory Learning blog.