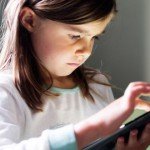 Will technology make your student smarter?

Learning guru Annie Murphy Paul did some digging to determine which tech tools will smarten up your child — and which could do the reverse. It all depends on the tech.

Can a calculator make you smarter? The QAMA calculator can. You use it just like a regular calculator, plugging in the numbers of the problem you want to solve — but QAMA won’t give you the answer until you provide an accurate estimate of what that answer will be.

If your estimate is way off, you’ll have to go back to the problem and see where you went wrong. If your estimate is close, QAMA (developed by Ilan Samson, an “inventor-in-residence” at the University of California, San Diego) will serve up the precise solution, and you can compare it to your own guess. Either way, you’ll learn a lot more than if you simply copied the answer that a calculator spit out.

Ever since journalist Nicholas Carr posed a provocative question — “Is Google Making Us Stupid?”— in a widely-read 2008 Atlantic magazine article, we’ve been arguing about whether the new generation of digital devices is leading us to become smarter, or stupider, than we were before. Now psychologists and cognitive scientists are beginning to deliver their verdicts. Here, the research on an array of technological helpers:

Cognitive scientists long ago identified the “generation effect” — the fact that we understand and remember answers that we generate ourselves better than those that are provided us (by a calculator, for instance). But a study published last year in the Journal of Educational Psychology found that adults who tried to solve arithmetic problems on their own but then obtained the answer from a calculator did just as well on a later test as those who didn’t use calculators at all. If you don’t have a QAMA calculator around, you can approximate its effects by holding off using a traditional calculator until you’ve tried to come up with a solution yourself.

Frequent users of smartphones quickly get used to the “auto-complete” function of their devices — they need only type a few letters and the phone fills in the rest. Maybe too used to it, in fact. This handy function seems to make adolescent users faster, but less accurate, when responding to a battery of cognitive tests, according to research published in 2009 in the journal Bioelectromagnetics.

A study led by researchers at the University of Coventry in Britain surveyed a group of 8- to 12-year-olds about their texting habits, then asked them to write a sample text in the lab. The scientists found that kids who sent three or more text messages a day had significantly lower scores on literacy tests than children who sent none. But those children who, when asked to write a text message, showed greater use of text abbreviations (like “c u l8r” for “see you later”) tended to score higher on a measure of verbal reasoning ability — likely because the condensed language of texting requires an awareness of how sounds relate to written English.

The ready availability of search engines is changing the way we use our memories, reported psychologist Betsy Sparrow of Columbia University in a study published in Science in 2011. When people expect to have future access to information, Sparrow wrote, “they have lower rates of recall of the information itself and enhanced recall instead for where to access it.” It’s good to know where to find the information you need — but decades of cognitive science research shows that skills like critical thinking and problem-solving can be developed only in the context of factual knowledge. In other words, you’ve got to have knowledge stored in your head, not just in your computer.

Email is a convenient way to communicate, but trying to answer messages while also completing other work makes us measurably less intelligent. Glenn Wilson, psychiatrist at King’s College London University, monitored employees over the course of a workday and found that those who divided their attention between email and other tasks experienced a 10-point decline in IQ. Their decrease in intellectual ability was as great as if they’d missed a whole night’s sleep, and twice as great as if they’d been smoking marijuana. For every technological trap, however, there’s a technological solution: when you need to get work done, use Freedom or another such program that will shut down your access to the Internet for a predetermined period of time.

Back in 2001, reading specialists Anne Cunningham and Keith Stanovich reported in the Journal of Direct Instruction that scores on a test of general knowledge were highest among people who read newspapers, magazines, and books, and lowest among those who watched a lot of TV. Watching television, they noted, is “negatively associated with knowledge acquisition” — except when the TV watching involved public television, news, or documentary programs. Cunningham and Stanovich didn’t look at Internet use, but the same information divide exists online: high-quality, accurate information, and, well, fluff.

So does technology make us stupid, or smart? The answer is “both,” and the choice is up to us.