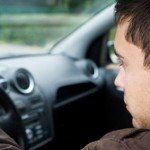 Getting behind the wheel can be especially risky for teens with ADHD. But with extra time and effort, you can help your teen become a safe, competent driver.

Automobile crashes are the leading cause of death among American teenagers. The risk for motor vehicle crashes is higher among 16- to 19-year-olds than any other age group. In 2010, seven teens in this age group died each day from motor vehicle injuries. In fact, per mile driven, 16- to 19-year-old drivers are three times more likely than drivers age 20 or older to be in a fatal crash.

The figures for teenage drivers with Attention Deficit Hyperactivity Disorder (ADHD) are even more sobering. Let’s examine the factors that contribute to these statistics — for teenagers in general as well as for teens with ADHD.

Lack of driving experience, immature judgment, and characteristic teenage “risk taking” attitudes are all obstacles to safe driving — and all factors parents of teenagers should be concerned about. Driving safely is a complicated skill that takes time and practice for any teen to master. At the same time, the common teenage attitude “nothing will happen to me” creates a situation where teens are more likely than older, more experienced drivers to underestimate the dangers in hazardous situations. For example, even though most teenagers understand that wearing seatbelts is important for safety, in 2011 only 54 percent of high school students reported always wearing a seat belt when riding with someone else.

While all parents should be concerned with teen driving statistics, parents whose teens have ADHD need to understand how the disorder increases driving risk for their child. Studies indicate that young people diagnosed with ADHD, who often find it difficult to sustain their attention and control their impulses, have abnormally high rates of traffic violations, accidents, and instances of driving without a license. A 2002 study1, funded by the National Institute of Child Health and Human Development, reported that about 20 percent of the 105 people with ADHD who were studied had their license suspended or revoked — the same number had received 12 or more traffic citations or had caused more than $6,000 in damage in their first crash. Those figures are two to four times the norm for young adult drivers. Several research studies have shown that, compared to other teens, teenage drivers with ADHD:

These startling statistics suddenly become personal when you’re helping your own teenager with ADHD become a safe and experienced driver — and can be a powerful motivator to keep your child from becoming another statistic. The first step? Learning what puts young drivers at risk and the impact ADHD has on driving skills.

Traits of teenage drivers with ADHD

If your teenager has ADHD, you and he must understand that the core symptoms of inattention and impulsivity (the inability to inhibit behavior) have serious implications for driving safety. It takes only one occasion of inattention or impulsivity while driving a motor vehicle to have devastating consequences. Teens with ADHD are often less mature than their peers, which can affect their ability to drive safely. Let’s take a look at these traits in more detail.

Two of the most common traffic violations for individuals with ADHD are speeding and failure to yield. When teens are inattentive (e.g., they “space out” or daydream , or are distracted), they’re more likely to exceed the speed limit or miss a stop sign. Many teens with ADHD lose track of time and are often late. Mistakenly, they think they can make up the time by driving faster, which can cause them to lose control of their vehicles. Teenager drivers are also prone to lapses in attention while they change the radio station.

Being impulsive means acting first and thinking about it later — or perhaps not at all. So even if your teen knows the rules, he may take the chance that he can get by anyway. An example of impulsive driving is cutting around another car stopped at a stop sign, even driving up on the curb to avoid waiting. Another example would be using the car for thrills or showing off — such as drag racing or towing a friend on a skateboard — perhaps on a dare.

It is well known that many teens with ADHD are immature in their ability to inhibit their behavior that is inappropriate to the task at hand. Dr. Russell Barkley often cautions parents that youth with ADHD may be as much as one-third their chronological age behind their peers. This means that a 15-year-old may be more comparable to a 10-year-old in terms of ability to control his impulses. As a parent, you need to assess your teenager’s maturity level honestly and perhaps delay his application for a driver’s license until he is more mature. Having your teen drive with a learner’s permit for a longer time — or with a graduated licensing system — will allow you more opportunities to observe his driving behaviors and help with problem areas.

Medication and teen drivers with ADHD

For many individuals with ADHD, taking appropriate medications can help improve behavior. Daniel Cox, Ph.D., Professor, Department of Psychiatric Medicine, University of Virginia Health System, has been conducting specific research on the impact of medication on the driving ability of young adults with ADHD. Since methylphenidate (e.g., Ritalin® and Concerta®) is the most commonly prescribed medication for ADHD, he questioned if those medication benefits would carry over to improve driving skills. He conducted three small but groundbreaking studies, which are summarized below.

A second study2 compared the effects of Ritalin taken three times a day (at 8 a.m., noon, and 4 p.m.) and methylphenidate when delivered in a sustained-release Concerta capsule once a day (at 8 a.m.). Male high school drivers with ADHD were tested on two days, once on Ritalin and once on Concerta. The interesting thing in this study was that driving ability was tested at 2 p.m., 5 p.m., 8 p.m., and 11 p.m. Overall, driving performance was significantly better when the drivers were taking Concerta once a day compared to Ritalin three times a day. More specifically, driving performance on Concerta and Ritalin was similar at 2 p.m. and 5 p.m., but performance was significantly worse on Ritalin at 8 p.m., and these negative differences continued to 11 p.m. Most notable was that teens at 8 p.m., when taking Ritalin, were making driving errors similar to errors made by men 80+ years of age. At the same time, participants on Concerta demonstrated driving skills comparable to men between the ages of 55-59 years of age, a much lower driving crash risk group.

A third study3 compared male teenagers with ADHD driving on a road course involving rural, highway, and city driving. They drove the course on two separate days, at the same time of day under similar weather conditions. On one occasion they drove after taking Concerta and on the other occasion after taking no ADHD medication that day. A rater, who did not know if the driver had or had not taken medication, sat in the back seat and rated the occurrence of driving errors. On average, inattentive driving errors occurred 7.5 times per driver when not on medication. By contrast, inattentive driving errors were significantly reduced (an average of 4.2 errors per driver) after subjects had taken Concerta. An interesting finding in this study was that the higher dose the driver had taken, the greater the reduction in inattentive driving errors.

These studies demonstrate that, in the subjects tested:

There is much more to learn about the impact of ADHD on driving skills.4 The bottom line is that teens with ADHD need to pay particular attention to their driving ability. As a parent, you will need to become educated about ADHD treatments and risk factors in driving to be able to guide your teen in becoming a safe driver.

While Attention Deficit Hyperactivity Disorder (ADHD) is the official term and acronym used by today’s mental health care professionals, it is sometimes referred to by other names and abbreviations. For example, it is sometimes called:

Citations for all studies are in Dr. Snyder’s book cited above, except for the following: