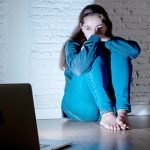 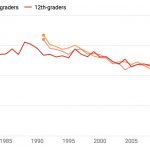 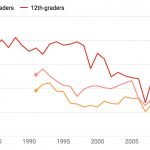 According to a new study, teen loneliness rates have surged since 2010, the year the smartphone came into widespread use.

Ask a teen today how she communicates with her friends, and she’ll probably hold up her smartphone. Not that she actually calls her friends; it’s more likely that she texts them or messages them on social media.

Today’s teens — the generation I call “iGen” that’s also called Gen Z — are constantly connected with their friends via digital media, spending as much as nine hours a day on average with screens.

How might this influence the time they spend with their friends in person?

Some studies have found that people who spend more time on social media actually have more face time with friends.

But studies like this are only looking at people already operating in a world suffused with smartphones. They can’t tell us how teens spent their time before and after digital media use surged.

What if we zoomed out and compared how often previous generations of teens spent time with their friends to how often today’s teens are doing so? And what if we also saw how feelings of loneliness differed across the generations?

To do this, my co-authors and I examined trends in how 8.2 million U.S. teens spent time with their friends since the 1970s. It turns out that today’s teens are socializing with friends in fundamentally different ways — and also happen to be the loneliest generation on record.

After studying two large, nationally representative surveys, we found that although the amount of time teens spent with their friends face to face has declined since the 1970s, the drop accelerated after 2010 — just as smartphones use started to grow.

Compared with teenagers in previous decades, iGen teens are less likely to get together with their friends. They’re also less likely to go to parties, go out with friends, date, ride in cars for fun, go to shopping malls, or go to the movies.

Yet they’re spending less time with their friends in person — and by large margins. In the late 1970s, 52 percent of 12th graders got together with their friends almost every day. By 2017, only 28 percent did. The drop was especially pronounced after 2010.

Teens who meet up with their friends ‘almost every day’

The percentage has declined through the years, with the decline accelerating after 2010. 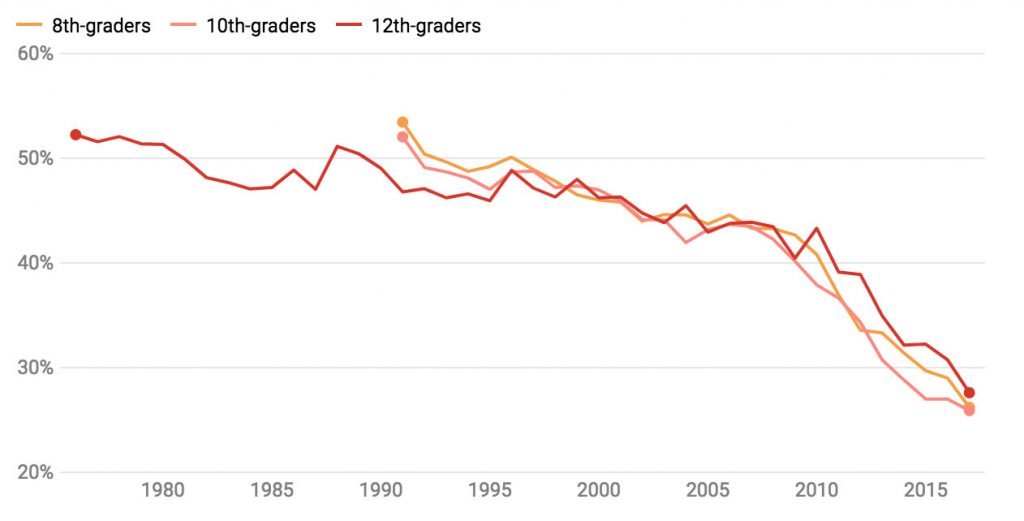 Chart: The Conversation, CC-BY-ND Source: Monitoring the Future Get the data

Today’s 10th graders go to about 17 fewer parties a year than 10th graders in the 1980s did. Overall, 12th graders now spend an hour less on in-person social interaction on an average day than their Gen X predecessors did.

We wondered if these trends would have implications for feelings of teen loneliness, which are also measured in one of the surveys. Sure enough, just as the drop in face-to-face time accelerated after 2010, teens’ feelings of loneliness shot upward.

The percentage who agreed or mostly agreed with the statement “A lot of times I feel lonely” has shot up in recent years.

Chart: The Conversation, CC-BY-ND Source: Monitoring the Future Get the data

So why have in-person social interactions been going down, overall, as digital media use has increased?

It has to do with the group versus the individual.

Imagine a group of friends that doesn’t use social media. This group regularly gets together, but the more outgoing members are willing to hang out more than others, who might stay home once in a while. Then they all sign up for Instagram. The social teens are still more likely to meet up in person, and they’re also more active on their accounts.

However, the total number of in-person hangs for everyone in the group drops as social media replaces some face-to-face time.

So the decline in face-to-face interaction among teens isn’t just an individual issue; it’s a generational one. Even teens who eschew social media are affected: Who will hang out with them when most of their peers are alone in their bedrooms scrolling through Instagram?

Higher levels of teen loneliness are just the tip of the iceberg. Rates of depression and unhappiness also skyrocketed among teens after 2012, perhaps because spending more time with screens and less time with friends isn’t the best formula for mental health.

Some have argued that teens are simply choosing to communicate with their friends in a different way, so the shift toward electronic communication isn’t concerning.

That argument assumes that electronic communication is just as good for assuaging loneliness and depression as face-to-face interaction. It seems clear that this isn’t the case. There’s something about being around another person — about touch, about eye contact, about laughter — that can’t be replaced by digital communication.

The result is a generation of teens who are lonelier than ever before.