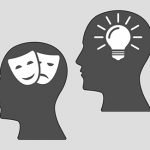 Time for your teen to take a personality test!

No, it’s not because of all the attitude and eye rolling. These free tests can get high school students thinking about careers they'll be inspired to work hard for.

When I casually ask my daughter Zenobia what she wants to be when she grows up, she’s quick to respond.

“Social entrepreneur,” she replies self-assuredly. “I want to create and sell beautiful things, and then donate a big chunk of the profits to helping girls get educated around the world.”

It’s a noble plan, I admit, but is this truly the future awaiting my seventh grader, who seems far more interested in rapping along to Hamilton and watching Grey’s Anatomy reruns than in making anything or helping anyone anywhere, especially around the house? Is my daughter really a creative humanitarian at heart? I wonder what Myers-Briggs and Holland have to say about that.

Full disclosure, I’m using my more pliable seventh grade daughter to test out a suggestion meant for my older daughter, who is deep in college prep mode. Some experts recommend that ninth graders take personality tests to try to home in on careers and college majors that they might be interested in. The eerily perceptive Myers-Briggs personality test has been used as a scientific metric in hundreds of studies worldwide and the Holland Career Codes is a mainstay of modern career counseling.

“Want to take some fun online tests?” I ask Zenobia. Easy decision for my internet-addicted child. I have her take free, online versions first of the Myers-Briggs Type Indicator (MBTI), a personality test that categorizes people into 16 personality types, and a test inspired by the Holland Occupational Themes, which groups people into six personality types. It takes her 25 minutes to complete both tests, and with the results of each test she gets a list of specific occupations that are compatible with her profile.

Venkates Swaminathan, founder of LifeLaunchr.com, which offers virtual college planning and coaching for teens and their parents (he is also the former head of business development for GreatSchools), says free online personality tests are a fun and interesting way to help teens start thinking about colleges and majors that would be a good fit for them. By measuring things like whether your child enjoys working in groups or alone, indoors or outdoors, and whether they gravitate more to leading, instructing, creating, or fixing, these tests are a good starting place for conversations with parents about which majors to pursue, and accordingly, which colleges to apply to. An added bonus in our test-heavy college prep world, these tests require no prep and are actually fun to take.

According to the Myers-Briggs test, my youngest is an ENFP (extraverted, intuitive, feeling, perceptive) — “The Champion” — the personality category for outgoing, creative idealists devoted to helping others. Joan Baez, Martin Luther King Jr., and Elizabeth Cady Stanton were all champions, too. Though the Holland test results are presented differently, the conclusions and suggestions are similar — creating and persuading are her two highest categories. My daughter is suited to being an artistic problem solver and fund-raiser, and preferably her own boss. Wow, I think, these are incredibly aligned with her self-image.

I’m further convinced of these tests’ prescience when my 16-year-old daughter, Tallulah, arrives home from debate club. She reluctantly agrees to take the Myers-Briggs test. She’s an ENTP (extraverted, intuitive, thinking, perceiving) — also known as “The Debater” — a quarrelsome personality type that enjoys playing devil’s advocate. It’s her to a tee. Of course, she disagrees, oblivious to the irony.

“A short, stupid test can’t reveal anything! It’s a fraud,” she declares. I suggest her behavior proves the truthfulness of the results, but she continues bickering. “Look at the careers it suggests! They’re so different, and most are not interesting!” I point out that her primary passion — environmental science — is ranked high as an ENTP occupation, along with two other careers she’s curious about: architect and archeologist. She scowls and claims it’s, “just a coincidence.”

Tallulah is dismissive, but I feel enlightened. Environmental Science? Architecture? Cal Poly San Luis Obispo excels in both, and we’re considering a visit in January. Archeology? Arizona State University and UCLA are top-notch in this grave-digging major, and those two schools are also on her list.

In our fast-changing future, kids in my daughters’ generation are predicted to switch careers four times by the time they turn 32.

In light of this, the idea of deciding on a single career — especially at 16 or 18 — seems a little suspect. But research shows that personalities don’t actually change much after first grade, which makes tests like these all the more helpful as tools for helping high school students identify their strengths and interests. Understanding what comes easily and naturally to them and having a good idea of what interests them professionally will be invaluable in the gig-economy of the future, notes Catherine Rains, who works for the company that publishes the MBTI. The careers your child pursues may change, but the underlying qualities that make them a good match for your child will likely remain somewhat constant.

Test discussions concluded for now, Tallulah stomps off to work on an essay arguing that the title character of The Great Gatsby is an amoral idiot. Zenobia plops onto the couch, singing a song from Hamilton: “There’s a million things I haven’t done, just you wait…”

Encourage your teen to take one of these tests and discuss the results with you.