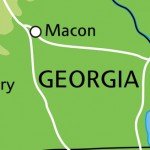 Testing in Georgia: an overview

Although test results are only one measure of student achievement, they have become increasingly important in assessing student learning. In 2009-2010 Georgia used the Criterion-Referenced Competency Test (CRCT) to measure student achievement in reading, English language arts and math in grades 1 through 8, and in science and social studies in grades 3 through 8. Due to problems with the introduction of new social studies standards in grades 6 and 7, social studies results in those grades were not released. A writing assessment was administered in grades 3, 5 and 8. The Grade 8 Writing Assessment is also called the Middle Grades Writing Assessment (MGWA).

Students in grade 11 took the Georgia High School Writing Test (GHSWT) in the fall and the Georgia High School Graduation Test (GHSGT) in the spring in English language arts, math, science and social studies. High school students must pass all sections of the GHSGT and the GHSWT in order to receive a diploma. If they do not pass the first time, students are given up to four opportunities to retake the tests before the end of grade 12.

The CRCT, MGWA, EOCT, GHSWT and GHSGT are standards-based tests, which means they measure how well students are mastering specific skills defined by the state of Georgia. Additional assessments include: the Iowa Tests of Basic Skills (ITBS/A), a norm-referenced test used to compare the skills of Georgia students in elementary and middle school to their peers nationwide; the Georgia Alternate Assessment (GAA), an alternative assessment program administered to students with significant cognitive disabilities; and the Georgia Kindergarten Assessment Program-Revised (GKAP-R), a first-grade readiness test.

CRCT and MGWA results show the level of proficiency a student demonstrates in each of the subject areas tested. Students are assigned one of three scores for their performance: did not meet standards, meets standards or exceeds standards. The goal is for all students to meet or exceed state standards on the tests.

Students taking the GHSWT, EOCT and the GHSGT tests in math and social studies receive scores of pass, pass plus or fail. New GHSGT tests in English language arts and science aligned to new standards were introduced in 2007-2008. On these tests students receive scores of below basic, basic proficiency, advanced proficiency and honors. Scores in basic proficiency and above are considered passing. The goal is for all students to pass the tests.

GreatSchools also displays subgroup results to show how different groups of students are scoring in comparison to the overall student population in a given grade and subject. The subgroups are identified by the Georgia Department of Education; if there are fewer than 10 students in a particular group in a school, data is not reported for that group.

Georgia test results provide an indication of whether students are making progress toward mastery of state content standards. This is especially important for high school students, who must pass the GSHGT and GHSWT to graduate. Although test results are not used to determine grade-level promotion or retention for elementary and middle school students, low scores on standardized tests might suggest the need for additional assistance.

It is important to be aware of both your child’s score on the assessments and the overall scores for his school. If your child scores below the standards, contact his teacher to discuss getting additional assistance, and to find out how you can support your child’s learning at home.

Test results are important for schools in Georgia because the state uses them to identify strengths as well as areas for improvement. If the school’s overall scores are low, ask what steps the school is taking to raise achievement levels for all students, and what you can do to help.

What changes did Georgia implement in the 2007-2008 school year?

Although test results can be an indicator of what’s happening in the classroom, they don’t tell you everything about the quality of a school. Always look at more than one measure when judging school performance and visit in person before making any final determination.