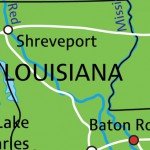 Testing in Louisiana: an overview

Although test results are only one measure of student achievement, they have become increasingly important in assessing student learning. In 2008-2009 Louisiana used three standards-based tests to measure specific skills defined for each grade by the state of Louisiana. The Louisiana Educational Assessment Program for the 21st Century (LEAP 21) was given to students in grades 4 and 8 in English language arts, math, science and social studies. The Graduate Exit Examination for the 21st Century (GEE 21) was administered to grade 10 students in English language arts and math, and grade 11 students in science and social studies. Students must pass the GEE 21 to receive a high school diploma.

The Integrated Louisiana Educational Assessment Program (i LEAP) was administered in grades 3, 5, 6, 7 and 9 in math and English language arts, and in grades 3, 5, 6 and 7 in science and social studies. The i LEAP combines items from The Iowa Tests (norm-referenced) and standards-based items (criterion-referenced). Norm-referenced items compare student performance to their peers nationwide, and criterion-referenced items measure how well students are mastering specific skills defined for each grade by the state of Louisiana. Learn more on the Louisiana Department of Education testing website.

LEAP 21 and GEE 21 results show the level of proficiency a student demonstrates in each of the subject areas tested. Students are rated at one of five levels: advanced, mastery, basic, approaching basic and unsatisfactory.

i LEAP results are reported separately for the criterion-referenced and norm-referenced portions of the test. The criterion-referenced portion is reported using the five proficiency levels used by the LEAP 21 and GEE 21 tests: advanced, mastery, basic, approaching basic and unsatisfactory. The norm-referenced portion measures performance through a percentile based on the scores of all students of the same grade level in the nation. All students receive a percentile rank, which indicates how well they performed in comparison to peers in other states. If the number is 45, for example, students scored as well or better than 45% of students who took the test across the country. The national average for all schools is 50. The state’s goal is for all students to score at or above the national average.

The LEAP 21 is used to determine promotion to the 5th and 9th grades, and the GEE 21 is used as a high school graduation exam. To be promoted, students in grades 4 and 8 must score at the basic level or above on either the math or English language arts LEAP 21 test and approaching basic or above on the other test. Students who do not meet these requirements are offered free summer school and can retake the test at the end of the summer. High school students must score at the approaching basic level or above on the math and English language arts GEE 21 and on either the science or social studies portions of the test. Students who do not pass the first time have multiple opportunities to retake the test.

Louisiana uses test results, along with several other measures, to create school performance scores. Schools that receive an unacceptable rating must participate in state-driven improvement efforts.

It is important to be aware of both your child’s score on the assessments and the overall scores for his school. If your child scores below the standards, contact his teacher to discuss getting additional assistance, and to find out how you can support your child’s learning at home. If the school’s overall scores are low, ask what steps the school is taking to raise achievement levels for all students, and what you as a parent can do to help.

Although test results can be an indicator of what’s happening in the classroom, they don’t tell you everything about the quality of a particular school. Always look at more than one measure when judging school performance and visit in person before making any final assessment.