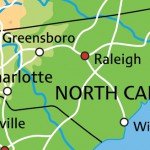 Testing in North Carolina: an overview

Although test results are only one measure of student achievement, they have become increasingly important in assessing student learning. North Carolina uses a variety of tests to measure students’ achievement, including End-of-Grade (EOG) tests in grades 3 through 8 in reading and math, the North Carolina Writing Assessments in grades 4, 7 and 10, and End-of-Course (EOC) tests in various academic subjects at the high school level. Students must pass the grade 8 EOG tests and the North Carolina Test of Computer Skills to receive a diploma.

Under the ABCs Accountability Program, North Carolina assigns ratings to show how well schools are performing.

Although test results can be an indicator of what’s happening in the classroom, they don’t tell you everything about the quality of a school. Always look at more than one measure when judging school performance and visit in person before making any final determination.

In 2007-2008 North Carolina used the End-of-Grade (EOG) tests to measure student achievement in grades 3 through 8 in reading and math. The North Carolina Writing Assessments were given to students in grades 4, 7 and 10. End-of-Course (EOC) tests were used to assess high school students in algebra I, algebra II, English I, biology, civics and economics, United States history, and geometry. EOC tests in chemistry, physical science and physics were not administered in 2006-2007, but were re-introduced in 2007-2008.

Additionally, all students take the North Carolina Test of Computer Skills beginning in grade 8. Students who did not take the English I or algebra I EOC test by the end of grade 10 must take the High School Comprehensive Test in reading or mathematics.

All of these tests, except the computer skills test and the North Carolina Competency Test, are scored based on four levels of achievement, with level 1 being the lowest and level 4 the highest. Students scoring at or above level 3 are considered to be proficient. The goal is for all students to score at or above the proficient level on the tests. The North Carolina Test of Computer Skills and the North Carolina Competency Tests are scored on a pass-fail basis. The state’s goal is for all students to pass the tests.

Although North Carolina administers a variety of tests, only EOG and EOC results are displayed on GreatSchools profiles. For each subject, the combined percentage of students scoring at and above the proficient level is displayed.

GreatSchools also displays subgroup results to show how different groups of students are scoring in comparison to the overall student population in a given grade and subject. These subgroups are identified by the North Carolina Department of Public Instruction; if there are fewer than 10 students in a particular group in a school, data is not reported for that group.

North Carolina test results provide an indication of whether students are making progress toward mastery of state content standards, and test score performance can be used to determine promotion from one grade to the next. Students in grades 3 and 5 who do not achieve a proficient level (level 3 and above) receive remedial help and are allowed to retake the test. If they do not pass, they might not be promoted to the next grade. Students who do not score at or above the proficient level on the EOG tests in grade 8 must pass the North Carolina Competency Test in reading and math in order to graduate. All students must pass the North Carolina Test of Computer Skills to receive a diploma. Numerous chances are provided to students to pass these exams.

EOC assessment results are recorded on student’s transcripts, and count toward at least 25% of a student’s final grade in each course. Beginning with students entering ninth grade in 2006-2007, students will be required to score at level 3 or above on five EOC tests in order to graduate. The required tests are: algebra I, biology, English I, civics and economics, and U.S. history.

It is important to be aware of both your child’s score on the assessments and the overall score for his school. If your child scores below the standards, contact his teacher to discuss getting additional assistance, and to find out how you can support your child’s learning at home.

If the school’s overall scores are low, ask what steps the school is taking to raise achievement levels for all students, and what you can do to help. Because North Carolina test results help determine whether a given school will receive financial rewards or penalties from the state, your child may be eligible to receive federal and/or state money for tutoring or to transfer to another school.

How are the ABCs designations calculated?

For elementary and middle schools, designations are based on student performance on the End-of-Grade reading and math tests in grades 3 through 8, writing tests in grades 4 and 7, and the Computer Skills Test in grade 8. Alternate assessments and End-of-Course results are also included. For high schools, student performance on End-of-Course tests, the drop-out rate and the change in the percentage of students completing college prep courses of study are included, along with alternate assessments. For all schools, Adequate Yearly Progress (AYP) is also factored in the final designation. The designations are defined as follows:

Why do the ABCs designations matter?

Certified staff members and teaching assistants at schools receiving High Growth or Expected Growth designations receive monetary incentive awards. Schools that receive a designation of Low Performing receive customized support from the state designed to help them improve their performance. Low Performing schools are required to notify parents of their designation in writing.

What if my child attends a Low-Performing school?

If your child attends a school that is designated Low-Performing, ask what steps the school is taking to raise achievement levels for all students, and what you can do to help. Because these schools are likely to face additional consequences under the federal No Child Left Behind Act, your child may be eligible to receive federal and/or state money for tutoring or to transfer to another school.

Why do some schools not have ABCs designations?

K-2 schools, vocational, career and technical centers, special education schools and hospital schools do not receive ABC designations, though they may receive prorated incentive awards based on the ABCs designation of the regular schools they serve.