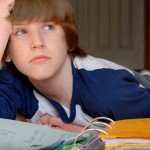 The relationship between giftedness and learning problems in children

A child who excels in some areas and lags in others requires special assessment — and extra care.

It is honorable and generous-spirited of Charles Schwab to publicize his dyslexia. Such knowledge goes a long way to swab the decks, hosing down and mopping away misconceptions about different learning styles, intelligence, and success.

In my parlance, “making whoopi” means having fun and celebrating. Hooray for Whoopi Goldberg for letting her zest for life bubble through her self-confessed dyslexia.

“Lightening,” so nicknamed by his classmates because he worked so slowly, needed extra time to finish his homework, never completed the essay questions on his exams, and his stomach must be filled with rubber from all the pencil erasers he bit off and swallowed taking math tests. Yet he won the statewide high school poetry contest when he was only in 10th grade and went on to be published in four national magazines before graduating in the middle of his class. This articulate, athletic, intelligent boy (who chooses to remain anonymous) is both gifted and dyslexic. He is a slow, though thoughtful, reader whose laborious handwriting slows down his output in classroom tests or exams and whose rote memory is far weaker than his capacity for generating imagery.

Until recently, the idea that school problems and giftedness could conceal one another was too paradoxical for general acceptance. But that was long ago. Maybe.

Conundrum kids have irregular patterns of successes and difficulties that present a puzzle to traditional educators. Those who were understood and helped along the way may have succeeded as have Charles Schwab, Whoopi Goldberg, and “Lightening.” But when talented kids who have trouble in school are only recognized for their inadequacies, they may turn against themselves, schooling, or society in general. Or they may chose quiet concealment.

Hiding it or acting out

I think of Charlie, a doorman in a modest New York City apartment building, whose attempts to cover up a problem nearly cost him his job. A tenant who admired Charlie’s combination of quick mind and high energy had always wondered why he wasn’t running a downtown law firm or claiming some other high achievement ground. Selfishly, she was glad of his service capacity but puzzled.

One day, she was expecting a piece of mail vital for the job she was working on at her computer upstairs. Not wanting to interrupt her project, she called downstairs and asked Charlie if he would sift through the morning’s mail, find her letter, and bring it up. He put her off by saying the mail sorter hadn’t come in yet. His job was to watch the door, and he shouldn’t be responsible for other people’s work. She lost her temper. “Darn it, Charlie. I gave you a big tip last winter. Now I just need a little favor, and you won’t help me out. What’s the matter with you anyway?”

She snatched her coat from the hook, punched the elevator button, stormed out at the lobby floor, flinging her words at him. “Where’s the mail? I’ll do it myself. This isn’t going to help you out at the board meeting.”

His tone of voice made her look at him. Head hanging low and shaking from side to side, he repeated, “I’m sorry. I’d do it if I could.”

“How did you get through school?”

“Faking. I faked my way through everything. I guess that’s what I am. Fake.”

There is help for some of the Charlies of this world, even at midlife, but how sad that he had to wait so long, using his energies for concealment instead of achievement.

An uncomfortable truth, revealed in countless research studies, is that correctional institutions, juvenile and adult, are filled with inmates who are imprisoned by their illiteracy as well as the bars on their cells and buildings. These are the different learners who turned their energies into attacks on a system that gave neither help nor support.

So what’s a parent to do? How do you help a child cope instead of dropping out, copping out, or cutting up? First, remember parents know their children better than any outsider. Sit down with a yellow note pad, and draw a line down the middle of the page. In one column write the settings and situations in which your child excels and is happy. On the other side, write down what things make your child restless, unhappy, scared, frustrated, or unsuccessful. Add to this list as time goes along.

Next, list forthcoming academic courses, noting which are apt to go well and which spell trouble. Involve your child in this analysis. With your child if possible, talk to the teachers in the plus column, “Jenny/Johnny is (I am) so looking forward to your class. It’s a favorite subject. We’ll all appreciate any projects you can weave into the assignments and classwork.” Talk to the teachers of the difficult subjects before the course is under way. “Jenny/Johnny (I) will try really hard, but this area has traditionally been difficult. We will all help in any way we can. Do you have any suggestions, or shall we just agree to keep in close touch as the semester unfolds? Let’s all try to keep ahead of the game.”

Then remember that while unsupported weaknesses ache, unexercised talents itch. Budget time, money, and psychological energy for the exercise of talent, or for trying something new, as well as for remedial work. Along with … or in spite of … regular school work, keep talent and joy alive.

Get whatever outside help is necessary.

Generally, parents cannot be their children’s teachers. Struggling kids need privacy to work on difficult areas with a professional. Find a pro you trust; then trust the pro. Remove yourself from the direct scene while providing support from the sidelines.

Be sure to have a visible life of your own. Try new things yourself … tap dancing, crossword puzzles, photography, or yoga. Let your child see you tackling new challenges.

Finally remember your child’s profile of strengths and weaknesses will be more like a drawing of the Alps than a picture of a gentle rolling countryside.

One who can scale math heights with ease may stumble over spelling or reading comprehension. The big talker may have trouble getting ideas and words on paper. The science maven may struggle with foreign language. The jagged peaks will offer thrills and spectacular views though the journeys up and down may feel like a roller coaster.

Parents need to “swab the decks” by clearing away as many obstacles as possible and providing clear working surfaces. We all need to “make whoopi” over what the child is good at. And, as parents and educators, we need to “light’n up” by living, joyfully, with our children but not for or through them.

Next in series: Homework. Is it the *!+** ARGGH of life or a great opportunity?