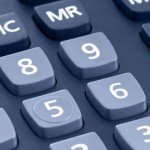 The number-crunching details behind our top cities lists.

We analyzed 17,377 cities from 49 states* and the District of Columbia, using a combination of the most recent K-12 public school student enrollment and test score data, along with 2009 median home price and population data. We narrowed the list by eliminating cities with insufficient data for analysis — for example, small towns with populations under 10,000 or fewer than five K-12 public schools. For all but the largest cities in the country, we also eliminated towns with unemployment rates higher than 9.3%.

The remaining cities were divided into three population and six median home price categories and then ranked based on state standardized test scores and the most recent data from the National Assessment of Educational Progress (the only test given to a randomly selected group of students in every state). NAEP data offers a good way to compare cities across states — even though standards differ.

* Because there is no single statewide standardized test issued in Nebraska, cities from there were not eligible for consideration.