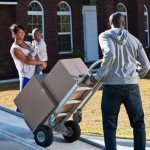 Best cities to live and learn 2010

How do they do it? The surprising secrets behind the best education towns in the nation.

An affordable home, a diverse community, and outstanding public schools. Is it too much for a family to ask? Maybe not. But that didn’t make it easy for Kelly and Sam Utt-Grubb to find their dream town.

Every year millions of U.S. parents consider pulling up stakes to make a city and school upgrade. But not all families can follow in the Utt-Grubbs’ footsteps, moving from city to city in search of educational excellence and affordable living.

So what’s the magic formula that makes certain cities end up with stellar schools while others struggle to meet the most basic standards? Great teachers are the ubiquitous linchpin of any first-rate school system, as in Bainbridge, Wash., where three-fourths of them have master’s degrees.

How do some school districts manage to recruit and retain, motivate, and develop great teachers so the whole system shines? And how do others, like the school system in Sudbury, Mass., offer students an enriching environment of artistic, athletic, and musical extracurriculars? Our research of the country’s top districts uncovered some fascinating and, at times, downright surprising answers.

Small is beautiful — and effective

Small classrooms, particularly in the lower grades, seem to be crucial in helping kids thrive. Many of our top districts sustain remarkably low student-teacher ratios, like in Allison Park, Pa. (10.9 to 1), and Honolulu (14 to 1). What’s more, small cities with small districts tend to win out over larger ones — perhaps because they are easier to manage and hold accountable.

Some of our ranking school districts have received so many awards, they could easily rest on their laurels. Instead, they exhibit a passion for innovation, pushing teachers and students to excel beyond their comfort zone. Whether maintaining a commitment to cutting-edge technology, like in Franklin Lakes, N.J., or offering innovative programs, like Issaquah Middle School in Sammamish, Wash. (which teamed up with MIT to study garbage flow in cities), these districts approach education not as a static system but as evolving knowledge.


Putting the “super” in superintendents

Talk about going beyond the call of duty: The top dogs of our top school districts often approach their work with unflagging intensity and creativity. Heath Burns, the recent superintendent of Angleton, Texas, devoted himself to helping the kids others give up on. He peppered his newsletter with impassioned pleas for parents to immerse their children in love and literacy.

“The most valuable gift you can give your babies (whatever their ages) is to love them fully and unconditionally … Squeeze Em’, Kiss Em’, Play with Em’, Love Em’,” writes Burns, who encourages parents to “start reading with your babies early and don’t stop reading to them until they won’t fit in your lap.”

Superintendent John Williamson of Fort Thomas, Ky., challenged the mayor to a Biggest Loser-style weight-loss competition, then went on to reform the district’s lunch program and add exercise science to the curriculum. In Mason, Ohio, everyone from the superintendent to the principals teaches a class to keep in touch with the district’s educational values and vision. (They also do wacky things to stay in touch with the students, like hold a principal tricycle race.)

Money talks, but not always

Want a superior education? Follow the money. (Or simply go to affluent Massachusetts, home to 11 of the 90 best school districts.) Well-heeled, well-educated communities like Weston, Mass., and Potomac, Md., have districts with high test scores, college-bound student bodies, state of-the-art facilities, and enrichment opportunities. It’s no surprise that it costs a pretty penny to live in these communities, but it’s hardly doable for most of America, where the median home price is $178,000.

The good news is that a lack of affluence doesn’t translate to low-performing schools. In Bristol, Tenn., your child can attend a top-rated public school, and you can get a home for $85,850. Not too shabby.

How do such relatively modest cities succeed where others fail? They use their money very carefully, says Deputy Superintendent Linda Lane of Pittsburgh: “There’s been considerable effort here to make sure we efficiently use taxpayer resources.”

“The secret to our success has to do with the parents and the community,” says Williamson of Fort Thomas, echoing every other superintendent interviewed for this story. With a median home price of just $176,960, Fort Thomas is a far cry from the verdant Massachusetts suburbs. But, says Williamson, an intensely committed parent body — the first line of fire when it comes to supporting a school — makes all the difference. So too does greater community involvement, like Fort Thomas’s dynamic partnerships with Western Kentucky University, Thomas Moore College, and the Cincinnati Ballet.

For some cities, community support happens in the voter booth: In Mesa, Ariz., residents consistently support their schools by passing educational bonds and taxes in local elections. “Education is a commodity everyone here values,” explains Mesa’s superintendent, Michael Cowan.

However, community support is not something you can simply purchase with high taxes or university partnerships. From parent involvement to committed teachers, an abiding focus on education suffuses the character of these cities.

The other American dream

In the end, the Utt-Grubbs chose Cary not only for its great schools but also its educational culture: three large universities; more PhDs than anywhere else in the nation; and Research Triangle Park, the country’s largest high-tech research park.

Granted, the family doesn’t own their home. They’re leasing for now, trading in one American dream (owning a home) for another (a bright future for their kids). But their gamble seems to be paying off. Sam landed a job as a wireless engineer with Verizon, and Kelly runs her creative media company from home. Perhaps even more important, 9-year-old Andrew and 7-year-old Christopher love their school, Carpenter Elementary.

What really matters when it comes to finding the right city to bring up your kids? That’s for you (and every other parent) to decide. But the Utt-Grubbs’ story offers living proof that sometimes you can have it all.

We eliminated cities with fewer than five public schools and 10,000 people, and — for all but the largest cities in the country — those with too high an unemployment rate. School ratings are based on a combination of GreatSchools ratings and National Assessment of Educational Progress data.

For more information, check out our methodology for choosing the best districts.