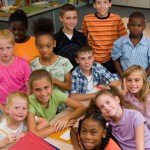 How do U.S. students compare to students in other countries? It's not as bad as some say, but there is room for improvement.

The United States may be a superpower but in education we lag behind. In a recent comparison of academic performance in 57 countries, students in Finland came out on top overall. Finnish 15-year-olds did the best in science and came in second in math. Other top-performing countries were: Hong Kong, Canada, Taiwan, Estonia, Japan and Korea.

Experts noted that the United States’ scores remained about the same in math between 2003 and 2006, the two most recent years the test — the Programme for International Student Assessment (PISA) — was given. Meanwhile, many other nations, Estonia and Poland being two, improved their scores and moved past the U.S.

Researchers also made note of the fact that while the United States has one of the biggest gaps between high- and low-performing students in an industrialized nation, Finland has one of the smallest. Students in Finland perform remarkably well, regardless of the school they attend.

What makes Finland so hot?

Finland’s stellar performance has drawn the attention of education and government officials around the world. These experts have uncovered many attributes of the Finnish educational system that are distinctive and contribute to the success of Finnish students. Some of these features are:

Says Professor Jouni Välijärvi of the Institute for Educational Research at the University of Jyväskylä, and Project Manager of PISA for Finland, “In light of the PISA data, Finnish schools manage to activate learning among the whole age cohort more effectively than any other country. Students are not sorted into different groups or schools but different types of learners are learning together. In this kind of setting high achieving students seem to serve as positive models for their less advanced classmates. The pedagogy differs from that applied in systems characterized by tracking and streaming. Efforts are made to provide instruction to cater to the needs of different learners in terms of their skills and interests.”

Preschool education — a relatively new addition to the Finnish toolkit — has been part of their educational system for the past 10 years. According to Välijärvi, “Preschools are nonacademic in the sense that no clear academic targets are set. Socialization into school culture and learning to work together with children is the central role. Preschool is not compulsory in Finland, but 96-97% of the children go to it.”

Is it fair to compare the U.S. to tiny Finland or other homogeneous nations?

Finnish educational practices may provide clues to improvement for the United States, but taken together they do not constitute a magical pill that will cure our educational blues. For one thing, Finland has a vastly more homogeneous population than the United States. Very few students in Finland speak a language at home other than Finnish. In the U.S., on the other hand, 8% of children are English language learners, according to the U.S. Department of Education.

“Neither major nations such as those belonging to the G7 or G8 group (the main economic competitors of the U.S.), nor the vast majority of nations participating in international education surveys, have populations as diverse as the U.S.,” says Erling E. Boe, Professor of Education and Co-Director of the Center for Research and Evaluation in Social Policy at the University of Pennsylvania. “Only the U.S. collects survey data for the race/ethnicity of students in the study samples. Canada, for example, has a substantial minority group (East Asians), but no data on such Asians as compared with Caucasians. The U.S. has sizable minority groups of Black and Hispanic students that do poorly in international comparisons and lower overall average scores for the U.S., while East Asians generally perform at a high level in math and science achievement. Therefore, it is possible that the overall scores for Canada are enhanced by its East Asian minority population.”

Another area where Finland is homogeneous is in school funding. All of Finland’s schools receive the same per-pupil funding, in contrast to the United States where school funding is based upon a complex formula that uses a local-funding component and creates inequities between affluent and poor communities.

Välijärvi believes that some educational choices can produce results regardless of the demographics of a country. “During the last 20 to 30 years most of the industrialized countries have invested huge amounts of money and intelligence on external evaluations and standardized tests. Finland has not. Finland has invested in teacher education,” he says. “I dare to say that the profit of the Finnish investments has been greater.”

One of the most interesting new trends in international comparisons is the effort by some policy groups to compare individual states — rather than the United States as a whole — with other countries. This is seen as a way to pressure state governments to improve education. It also highlights the discrepancy in education that exists within the U.S.

The National Governors Association, the Council of Chief State School Officers, and Achieve, an education advocacy organization, are researching ways to compare states with other countries to tease out information on best practices and global competitiveness.

The first such study linked the U.S. National Educational Assessment of Progress (NAEP) results with TIMSS results and produced such interesting comparisons as:

The study analyzed the scores of eighth-grade American students in standardized tests given by the U.S. Department of Education in 2005 and 2007, and compared them with their peers in 45 countries. The foreign students’ scores came from TIMSS administered worldwide in 2003.

Although the report warns that the U.S. is falling behind in preparing future generations to be globally competitive, the subtitle is 8th Graders in Most U.S. States Performing Better in Math and Science than Students in Most Foreign Countries.

The World Economic Forum ranks the United States as number one out of 131 nations in global competitiveness, using primary and higher education as part of its calculations. While it’s true that other nations are challenging our position – for example, India with its economic ascension in recent years — the United States is stronger in primary and secondary education than many of these countries. The United States attempts to deliver an adequate and equal education through high school to all of its citizens. India, although it produces many scientists and engineers, provides a low-quality primary and secondary education to much of its population. Just 40% of children in India enter high school.