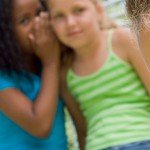 Kids with learning or attention problems can be easy prey for bullies. An expert tells you how to recognize the signs that your child is being bullied.

Bullies! Every classroom has at least one. Whose name comes to mind when you hear the word “bully”? Who was the kid who could upset your day with his verbal, physical, or emotional insults? Most adults who were bullied remember such childhood events vividly.

Bullying among elementary school children and teenagers is a growing problem in many schools in the United States. It’s happening in urban, suburban, and rural schools. Kids who have learning disabilities (LD) or Attention-Deficit/Hyperactivity Disorder (AD/HD) are especially vulnerable to bullying problems.

While bullying isn’t new, professionals today have a new level of understanding of the problem. Bullying is a learned behavior that can be prevented! Effective bullying prevention programs are being used in progressive school systems throughout the country. It’s important for parents, students, teachers, and school administrators to understand and learn to manage bullying that occurs at school and elsewhere.

“A student is being bullied or victimized when he or she is exposed, repeatedly and over time, to negative acts on the part of one or more other students. It is a negative action when someone intentionally inflicts, or attempts to inflict, injury or discomfort upon another,” says Dan Olweus, a prominent researcher on bullying behaviors. Bullying may involve physical aggression such as fighting, shoving, or kicking; verbal aggression such as name calling; or more subtle acts such as socially isolating another child. With the increase in numbers of personal computers at home, youth have also learned to use email and websites to bully or harass others.

It is important for adults and youth to understand the difference* between bullying and normal conflict.

Why focus on bullying?

Given the rising concern about violent crime among youth, parents, schools, and communities are concerned about reducing “bullying” behaviors because:

Profile of a bully

Boys and girls who bully do not have low self-esteem as was once thought. Bullies, in fact, may be average students or even classroom or athletic leaders. At school, bullies typically tease and taunt their victims repeatedly in a nasty way. They intimidate, make fun of, and ridicule other students. They shove, hit, kick, and push their victims around, often damaging the victim’s belongings. It is common for some bullies to manipulate other kids to do their “dirty work” for them while they stay in the background and watch. Youth who do the bullying for others are referred to as “henchmen.” In such cases, it can be difficult to see who the bully really is.

Bullies usually select weaker and relatively defenseless students as their targets. They have a strong need to dominate and subdue other students, to assert themselves with power and threat, and to get their own way. They may brag about their actual or imagined superiority over other students. They may be hot-tempered, easily angered, impulsive, and have low frustration tolerance. Bullies are seen as being tough, hardened, and having little empathy with students who are victimized. When confronted about their behavior, they are likely to try to talk themselves out of situation by denying they did anything wrong. Bullies often to try to place blame on their victims, saying something like, “They deserved it.”

Profile of a victim

Typical victims are children who can be overpowered (physically, mentally, or emotionally) by the bully. They are usually more anxious and unsure of themselves than other students. These children often have a negative attitude toward violence and the use of violence in dealing with others. Victims usually suffer from low self-esteem and view themselves negatively. They often consider themselves failures and feel stupid, ashamed, and unattractive. They may come to believe that they “deserve” to be bullied. They are often lonely, friendless, and abandoned at school.

In his pioneering research on bullying behaviors, Dr. Dan Olweus has described two types of victims:

The passive or submissive victim

**The above profiles have been adapted from Bullying at School.

How bullying affects kids with learning disabilities and AD/HD

If your child has a learning or attention problem, he may easily become involved in bullying situations. Let’s take a look at some of the reasons for this:

Most scientific research on bullying has focused on boys. Books that address bullying in girls are starting to appear, but most are written from the personal experience of the authors rather than from scientific research projects. New studies are underway that will help us better understand the dynamics of gender differences in bullying. This is what is currently understood about gender differences in bullying:

For most children, bullying experiences will be nothing more than an unpleasant childhood memory. But for those who are more severely bullied, the pain runs deep. Because their days and weeks are filled with fear, humiliation, and pain inflicted by bullies, they find it difficult to concentrate and participate in class. Kids who are bullied are often absent from school. They are lonely and may become depressed or lash out at their bullies in violent ways.

Bullies who are not stopped are more likely to have criminal records in young adulthood than youth who don’t bully. Bullying, therefore, is a serious problem for both the bully and the victim. Both bullies and victims need positive adult intervention to make the bullying stop. Remember that bullying is a learned behavior that can – with adult intervention – be prevented or stopped!

Whether your child is a bully, victim, or bystander, there are steps you can take to coach him toward more positive behavior.