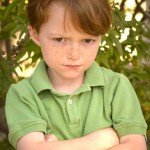 Helping kids with learning disabilities understand the language of friendship

While children with learning disabilities may know how to initiate friendships, many of their relationships fail because they don’t know how to sustain them. Children with learning disabilities often end friendships because they have been unable to work out conflicts. While they may hear their friend’s words, they often don’t take the communication (e.g., joking and teasing) the way it was intended, often attributing negative intentions when they were not present. Because of their difficulty processing language, many children with learning disabilities are poor listeners. Whether it is because of their problems comprehending verbal and nonverbal communication, or because of their desire to make the information easier to grasp, they often put information into simple, “black and white” categories (e.g., good or bad). Instead of understanding manners, building rapport by checking (asking questions), or understanding that the person may have said something without really thinking of its impact and was unintentionally hurtful, unresolved misunderstandings can escalate into conflicts that can end friendships abruptly.

Listening vs. comprehending: do they understand the nonverbal message?

For many kids with learning disabilities, the problem isn’t with listening but with understanding how nonverbal and verbal communication fit together. Many children assume that if they understand a friend’s words, they don’t need to pay attention to his body language. Unfortunately, that isn’t true since body language, tone, and other nonverbal expression are often more relevant to understanding what the person intends to say than the actual spoken words. A child with learning disabilities may work so hard to understand a friend’s verbal message that he misses the more subtle messages or the way the nonverbal behavior complements or contradicts the verbal message.

When someone’s words and body language disagree, kids with learning disabilities may misinterpret the communication if they:

One problem children often have is taking the words a friend or classmate says too literally. While children may have been taught how to read, how to listen, and even how to read body language, they haven’t been taught how to interpret the message when someone’s body language contradicts his words. The most important concept to keep in mind is that if a person’s words and body language disagree, one should pay more attention to the nonverbal message than the actual words.

Nonverbal messages are conveyed in one’s tone of voice, facial expressions, and body posture and are more accurate indicators of how the speaker really feels. People often find it is easier to say what is expected, but if their feelings are not consistent with what they are saying, their body language usually will contradict their words. For example, they may avoid eye contact, use a strained tone of voice, or have an unfriendly facial gesture or posture that contradicts their words. When such a conflict exists, the nonverbal message can negate the verbal message. For instance, if your Uncle Charlie says “I love you” but his tone is harsh and he avoids eye contact or looks away when he says it, you’d probably realize something is amiss. While many people understand that the nonverbal message in some way belies the verbal message, it isn’t always apparent to children with learning disabilities how to interpret such a contradiction.

Children usually respond well if they are given specific lessons in how to read body language and if they practice it with their friends and family. To become better at understanding body language, it’s important to look for consistency. Here are some questions a child can learn to ask himself about the person speaking to him:

When the words and body language disagree, there are many ways to interpret the “real” message. One possibility is that she is trying to avoid a direct confrontation. Most of us use manners or conventional expressions to avoid feeling uncomfortable or to avoid hurting someone’s feelings. The theory is that it is better to be evasive or indirect rather than to refuse someone outright. Since most of us want to avoid discomfort, we’ve adopted indirect general phrases such as “that sounds good…let’s see…I’ll call you later…etc.” Such expressions are often confusing for a child who doesn’t realize a friend doesn’t really mean to call him later. The real message is conveyed in the person’s body language that may have lacked sincerity or was demonstrated by an avoidance of eye contact.

However, the subtlety eludes many kids with language processing problems. They would prefer a direct answer such as, “No, I don’t want to play” to an indirect “Maybe.” While a child’s best friend might be willing to be this direct, casual acquaintances are more likely to be indirect when refusing an invitation.

Accepting joking and teasing with humor

Understanding joking and teasing also relies on a child’s ability to interpret the more subtle messages in another person’s nonverbal behavior and to accept hurtful actions as being unintentional. Kids often joke or tease by commenting on an existing characteristic, trait or mannerism — either theirs or yours. Instead of being offended by it, one is usually expected to laugh and understand that it is meant to be funny, not hurtful. Since many children with learning disabilities are hypersensitive to criticism, they often take teasing as an insult rather than in jest. Instead of perceiving the remark as a joke, the child often feels wounded and may retort with a hostile remark. This is especially true of a child with AD/HD who’s impulsive and might speak before thinking. Instead of being a playful interaction, a joke can create hostility which can lead to an argument or an abrupt ending to the friendship.

Conflict resolution often relies on differentiating between a person’s actions and his intentions. Kids often say or do things without any conscious intention of being hurtful. Many children with learning disabilities, out of a desire to protect themselves from further pain, project negative intentions on other children; they often react to criticism when none was intended, or take a joke or a friendly tease seriously. This can have negative social consequences. Instead of considering that the person may have said something without really thinking of its impact and was unintentionally hurtful, a child with learning disabilities often over-reacts with anger or withdrawal. Instead of trying to figure out the person’s intentions, the child may prematurely end the relationship instead of using better listening or conflict resolution skills.

Children with learning differences can become better listeners if they:

One of the most important skills in listening and resolving conflicts is to attribute a good intention to one’s “friend.” Many children with learning disabilities benefit from social skills classes that include conflict resolution, or by therapy that helps them work through the trauma that comes from being teased and being different. Whatever method you choose, building a network of support that values your child for his unique contributions can go a long way toward sustaining him through the difficult developmental years.