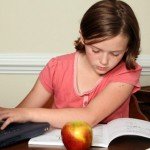 The reality of virtual schools

Thanks to online education, virtual schools are taking off in the US. Here's what you should know about this alternative to brick-and-mortar education.

Jason’s local high school was a scary place. In fact, the slight, quiet sophomore believed his life was in danger there. To add insult to injury, the commute required a slow, 45-minute bus ride that started at 7 a.m. The school offered almost nothing in terms of Advanced Placement (AP) classes, languages, or higher-level math, one of his favorite subjects.

One thing he has learned in high school? To run fast — a survival skill that helped him avoid the bullies who were targeting him. There is a private school nearby, but Jason’s family couldn’t afford the tuition even with financial aid. Though his mother would have liked to homeschool him, she doesn’t have the luxury of quitting her full-time job.

A high achiever … at home

Had these two schools been Jason’s only options, he could have ended up dropping out of high school all together. But as his alarm rings at 8 a.m., all this is behind him. He hits the snooze button because he was up late the night chatting with classmates about Shakespeare. He has a paper due today and has to feed a flock of game birds — part of a research project. But a few more minutes of sleep won’t hurt.

As his mother leaves for work, she stops in his room to remind him to turn in the math they’d discussed the day before and take out the trash. “OK, Mom,” he mumbles. “Love you. I’ll make dinner.” (He’s taking a culinary arts class so this is, in his mind, homework.) The fights the two had over his appalling high school attendance from his freshman year are behind them. He hasn’t missed a day of school all year and is getting a 3.5 grade point average.

From brick and mortar to virtual education

If this scenario sounds like the wild fantasy of every parent of a teen who is not living up to his potential, it’s worth noting that this albeit fictional scenario is based on details from real kids who transferred from brick and mortar to virtual schooling. Though many parents have yet to hear about online K through 12 education, virtual public schools are a reality in the majority of states and private virtual schools are available.

A virtual school is one where the student attends classes on the Internet. Typically, however, these schools involve more than online curriculum. They offer real teachers and real students at the other end. In some cases, students even go to a classroom — either in a separate building from their public school or in a dedicated room within that school — to log on from school-owned computers.

The advantages to school systems are numerous. Small districts find it difficult to hire teachers capable of delivering AP or higher math classes to a school where only a handful of students will avail themselves of those classes. But online, a single teacher can deliver the same course to many districts at once. And all schools have a hard time serving students outside the median in terms of ability: whether it’s gifted kids or those that need to go a little slower.

For students who don’t fit in socially or those who have become the target of bullies, those who are bored and in danger of dropping out, and those who have demanding sports or arts interests outside of school, virtual schools can offer a customized education for a variety of kids. Students can move at their own pace and control their own social interactions. They can take classes from anywhere, making it possible to compete in sports or pursue music and arts interests.

Is a virtual school right for my child?

Online school is best for kids who feel responsibility for their own education. It’s also best for those who feel comfortable with technology since the computer will replace the school bus as their link to school. There are teachers and tools online to help students learn to plan their time but if they just don’t care, those might not help.

If you have a motivated student with few options close to home, this school type may bring a high-quality education into the home rather than sending your child away to school. Even the private virtual schools are much more affordable than a private day or boarding school.

If your child doesn’t get the other kinds of experience school can provide — a social life and learning to deal with strangers and groups of people — virtual schooling may limit his social-emotional development. It’s better than an abusive social milieu or a low-expectations school culture, but a single computer cannot provide everything a kid needs to learn to grow up.

What to look out for in a virtual school

If your student hopes to go back to school after dipping into virtual schooling for a year — because of travel, an injury, or school-related trauma — make sure he takes classes from a virtual school from which his regular school will accept transfer credit. Check with your school district to see if there is a public option before paying tuition at a virtual private school.

Also keep in mind that some virtual schools require students to take online classes from a school building. If that’s the case, make sure this will be an improvement over simply attending school. Finally, take a look at your student. Virtual schools aren’t for everyone. It requires a certain degree of self-discipline. Students tempted to go to the mall, instead of logging on for school, may fall behind so quickly that it will be a struggle to catch up.

Across all grade levels, a lower percentage of students in K12-operated schools was meeting or exceeding state standards in reading and math than at public schools. Differences ranged from minimal in ninth and tenth grade reading to fairly significant in eleventh grade math, with a nearly 35 percent gap between K12 operations and the state average. K12 responded that AYP is structured to reward schools with small, stable student populations. A K12 report notes that student attrition is an issue with more than half of parents expecting to keep their students enrolled for two years or less.)

Do your research. Your school district might offer a free, public virtual school. But you have other choices as well. K12 offers both public and private virtual schools all over the country. The Keystone School (part of a K12 company) is a private online school for middle and high school. The George Washington University Online High School is a virtual college preparatory school for high-achieving high school students.

Whatever the case, be a choosy customer and look for a school that provides what your child needs and ask lots of questions — just as you would a traditional school — before you make a decision. Many programs will allow you to sign up for summer classes, for instance. Just as you would visit a local school, make sure you visit any prospective online school by sampling the curriculum and, if possible, the program.