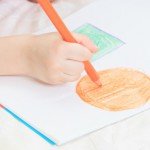 Advertisement
Parenting » Find a school skills » Is a Waldorf school right for my child?

Is a Waldorf school right for my child?

Learn what supporters, and critics, say about this unique, child-centric program that favors creativity and hands-on learning.

It’s just before Easter at a Waldorf school, and every child in the fifth grade class is sitting at a wooden table with an egg to decorate. The classroom’s knotty pine cabinets hold baskets filled with blue, pink, and red wool, and other fabrics for knitting and sewing projects. There are Celtic symbols on the blackboards and handmade cotton curtains line the windows. Students are using candles to heat up old-fashioned wax pens they use to decorate their eggs. Later, they’ll dip them into bowls filled with natural dyes.

The scene is not unusual for a Waldorf school, which emphasizes creativity and hands-on learning. On any given day, students can be seen riding unicycles around the grounds, playing songs on their recorders, or practicing in a Renaissance play that they wrote and produced.

The birth of Waldorf schools: a radical educational model

When Austrian philosopher Rudolf Steiner developed the first Waldorf school for the children of cigarette factory workers in 1919, Europe was rebuilding after World War I and was ready to embrace a new type of educational model, one that was radically different for its day. Today, the model remains unique when compared with traditional American schools.

Rudolf Steiner believed all humans had the ability for self-improvement, spiritual growth, and the potential to change the world around them. Waldorf schools are based on the philosophy that imaginative and practical, hands-on work is the best way to promote learning, and children are introduced to lessons through music, visual arts, dance, writing, and myth. Classical mythology, cultural folk and fairy tales, and religious images — from the Buddha to angels — are common in Waldorf classrooms.

Instead of teaching specific skills such as reading, Waldorf encourages students to paint or draw letters until they learn to recognize and write them. The Waldorf approach to reading is substantially different from how it’s taught in mainstream American schools. Students don’t focus on traditional forms of reading until third grade. Instead, they spend time listening to stories and recognizing sounds in the early grades.

Through creative arts, such as knitting and woodworking, students also learn basic arithmetical skills of counting, geometry, and fractions. They learn about science, zoology, and biology by crafting animals and dolls out of pine cones, rocks, and other materials they find outside. Outdoor classes are not only offered at some Waldorf schools, students are encouraged to get muddy and play in the rain.

In later grades, students also learn through storytelling, hands-on art projects, and textbooks they write and illustrate themselves. Some schools may bring in textbooks for math and foreign languages, though. Classrooms are famous for banning technology.

Is a Waldorf school a good fit for your family?

Because a Waldorf education is so different than traditional schooling, it’s worth asking whether a Waldorf school is right not just for your child, but for your entire family. There’s plenty in a Waldorf school that attracts parents — and some aspects that gives them pause.

Many parents who visit a Waldorf school for the first time are attracted by Waldorf’s unique approach: the old-fashioned pace, an abundance of arts and crafts, a dearth of technology, plenty of outdoor education, and an emphasis on hands-on learning. In lieu of whiteboards, you’ll find old-fashioned chalkboards. Students learn about history and mythology through the images and objects they create. If your child is creative, there’s a lot of opportunities to paint, knit, or sew. Music is core to the curriculum; you’ll find musical instruments in nearly every classroom. Budding Thespians can write and act in their own plays.

On the other hand, if you’re looking for a technology-intensive classroom that prepares children for a fast-driven world, Waldorf may not be for you. Admissions packets at many Waldorf schools contain strict media policies that parents and students must sign, limiting the child’s access to television, computers, iPods, iPads, video games, and pretty much every electronic device that can distract a young child.

At the same time, a Waldorf school may not be for you if you’re more comfortable with a traditional approach to reading, writing, and arithmetic. It could also not be the right fit if you worry that your child will fall behind if she doesn’t learn the basics in her first few years at school.

Finally, while Waldorf encourages children to roam and play outside, there may not be much chance for organized teams that compete with others. If your child loves competition, she may not get it here.

What you might find at a Waldorf school or classroom

Final words of advice when considering a Waldorf school