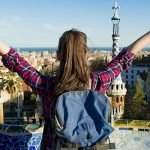 Should your child take a gap year?

Here’s what burned-out high school seniors and their perplexed parents need to know about taking a year off before starting college.

Parents are hearing this across the country from teens who’ve been pushed to their limit by hours of homework, tests, and college applications. We listen sympathetically, or not. The goal — a college degree — is so close, we can almost hear their tassels moving left as they cross the graduation stage. Is a gap year a fantastic idea, or risky, expensive procrastination? These questions will help you decide what’s right for your child.

Technically, a gap year is when a high school graduate, who has been admitted to college, formally asks the institution to delay their start date and the school agrees. Gaps don’t have to be twelve months long; in fact, they usually aren’t. About 70 percent of “gappers” only take one semester off. Students may spend their time in multiple, varied pursuits — working, travelling, volunteering, interning, in some cases taking classes — but typically students proposing a gap year have a plan in place and they’ll need to share that plan with their future school when they ask for a delayed start.

Informally, many teens and adults call taking a year off before starting college a gap year. The main difference is that the student will still need to apply to colleges.

Where is your child planning to go to college?

Every school has its own policy, and you can typically find it on the school’s website. Many public universities and state universities do not allow gap years, including, for example, the California State University system, Washington State University, and Oregon State University; all require students to re-apply for the year they wish to attend. Florida State University, however, not only allows one-semester deferrals, applicants are automatically considered for up to $5,000 in scholarship money to support their gap year endeavors.

What do teens do during their gap years?

Teens use their time off in multiple ways, depending on their goals, their family’s needs, and the budget. If tuition funds are short, your teen can work and save money for school. If boosting your teen’s maturity is the goal, or they want to travel and learn more about themselves, there are service programs that relocate teens to domestic and international environments that demand independence, resilience, and fortitude. (Check out, for example, Global Citizen Year, City Year, these 10 volunteer programs in Europe, and volunteer opportunities listed on Idealist.org.) If your child wants to explore career directions, they can apply for local and international internships.

Another option is to explore academic interests by taking a wide variety of classes at your local community college. Sampling a few subjects of interest in an inexpensive, low-stakes environment is an excellent way to determine what major(s) to pursue at a pricier institution. But if your teen wants to take classes, there are two important caveats to keep in mind. First, make sure taking classes elsewhere doesn’t violate their college’s gap year policy. Second, find out how those classes — and grades — will be treated. For example, will good grades count? Will the credits transfer? Will it hurt your teen’s admissions status if their grades aren’t good?

Teens can also pursue multiple goals with their time off. In his one-semester “half gap” before starting a pre-med program at a prestigious California school, Joseph Chan completed a triplet of goals. He took psychology and art classes at a community college, he interned at Kaiser Permanente in the ER department, and he trained for a sport. “I came in third place in the Folsom Sprint Triathlon,” Chan says.

While there is no ideal gap year activity, Mike Devlin, Stanford University’s Acting Director of Admission, advises, “We believe a gap year should be fueled by an activity, or exploration of an idea, about which students are passionate. That type of experience can be beneficial to the school and our greater campus community.”

Is a gap year a good way to grow up a little before college?

Some parents push for — or insist on — a gap year. In fact, college admissions officers report that “needs maturity” is frequently cited as a prime reason for a delay. Overall, taking a year off to grow up tends to help. Stanford’s Devlin says, “Students who take a gap year arrive at Stanford with more maturity both socially and in the classroom.” Robert S. Clagett, who worked in admissions at Harvard University and Middlebury College, has blogged that gap students “will frequently be more mature, more focused, and more aware of what they want to do with their college education.”

Is being “burned out” a good reason to take a gap year?

Possibly. If your teen can’t recharge their scholastic batteries with summer activities before college — and especially if they’re headed for a brain-grinding college program — their diligence, grades, and morale may be at risk. ”I went to MIT to study engineering,” says Ken Li of Piedmont, CA. “I was on autopilot, burned out, trouble focusing, I didn’t have any downtime. After my junior year I had to take a year off. I traveled around for a while, and I worked as a machinist. l felt so different after a year, everything was interesting again. But my takeaway is, I should have taken time off earlier.”

Can time off help with major indecision?

In a 2010 survey by Karl Haigler and Rae Nelson, authors of The Gap-Year Advantage, yearning “to find out more about themselves” was the top reason students wanted a gap year. Similarly, “gain life experiences / grow personally“ was the top answer in a questionnaire prepared by Nina How of Temple University about motivations for gap years — beating out other options like taking a break from academics, traveling, volunteering, or wanting work experience.

lf your teenager is perplexed about their path of study, then taking a year to explore interests and building a sense of self can be an excellent reason to be a “gapper”. Victoria Talwar, Associate Professor of Educational & Counseling Psychology at McGill University, notes, “Often students are not sure what particular path they want to take coming right out of high school. A gap year can give them insights on where to go with their education.”

If not taken right after high school, the need to take a break may pop up unexpectedly in the middle of college. “I went to USC in computer science,” says Ilona Bodnar. “But now, in the middle of my sophomore year, I’m taking a gap semester. I’m at home, reading a lot and doing volunteer work. I might switch majors; I’m applying to be in the film school..”

Will your teen still go to college after a gap year?

The answer is most likely yes, assuming they’re taking a gap year after they’ve already been admitted to college. Many parents fear that, after glorious downtime during their gap year, their kids might decide they want to skip college altogether. This is rare, though. Haigler and Nelson’s research reveals that 90 percent of gap year students return to their selected campus after a year — with fresh brains, added maturity, a clearer sense of purpose, and even superior grades. Clagett, former dean of admissions for Middlebury College, points to studies of Middlebury College and University of North Carolina Chapel Hill undergraduates who took a gap year; they earned a GPA 0.1 – 0.4 points higher than expected. Additionally, gappers at Middlebury hold a “disproportionate number of leadership positions on campus,” Clagett says.

Does it make financial sense?

Parents generally think the cheapest route through college is for kids to go immediately after high school, focus on their studies, and make sure they graduate in four years. Adding a gap year beforehand can seem ridiculously, prohibitively expensive — or like a fun thing teens can pay for after they’ve graduated from college. In many cases, a straight-to-college strategy works well, but in other cases it can backfire. For example, students who don’t declare a major for years (or who switch majors a few times), who drop class after class in search of their ideal career path, or who can’t get niche classes they need to graduate on time — all can be murderous on your wallet. Complete College America, a nonprofit, says only 36 percent of students graduate in four years — they claim the new graduation rate is now within a six-year time frame. The extra school years cost parents, on average, $15,933 per year for public colleges and universities and $22,826 per year for private schools.

How common is taking a gap year?

Recent data suggests that gap years are likely to grow in popularity. A 2015 survey by the American Gap Association shows the number of attendees at USA Gap Year Fairs rose 294 percent from 2010 to 2014. And, with wide support from private colleges and increasing awareness of this possibility, it seems that gap years in the U.S. are primed to become at least slightly more common in the coming decade.

Next: Is taking a gap year the new redshirting?