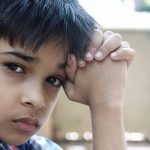 Fact: boys don't read as much as girls. This reading gender gap is affecting boys' performance in high school and beyond.

As a young boy, Sanjay Mahboobani was a passionate reader. He travelled through time with Jack and Annie in the Magic Tree House series, and devoured each and every Harry Potter book as soon as it hit the local bookstore.

But as he got older, Sanjay, who lives in Redondo Beach, CA, began to lose interest in reading — he turned away from books along with his trucks, stuffed animals, and other childish things. Now that Sanjay is in high school, he rarely reads for pleasure. “I prefer playing video games or basketball or even hanging out with my friends,” he says.

Sanjay is just one example of a trend that education experts are observing with growing alarm: large numbers of boys aren’t reading, and this fact is contributing to a daunting achievement gap between boys and girls.

The facts are stark: in every state and in every grade, boys are trailing behind girls in reading, according to a 2010 report by the Center on Education Policy, which called this lag, “the most pressing gender-gap issue facing our schools.”

Experts believe this gap is responsible for another disturbing development: as college completion rates continue to rise in this country, young men are not keeping up. Since the early 1990s, college graduation rates have steadily increased for women but remained stagnant for men. Only about 40 percent of college graduates last year were male — a difference that many education experts believe is linked to poor reading habits and literacy skills that boys developed in the elementary and middle school grades.

The lag in boys’ reading skills is consistent from the early grades through high school. Since the beginning of the National Assessment of Education Progress in the late 1960s, there has been a gender gap in reading, which is measured at ages 9, 13, and 17.

In 2004, the gap at fourth grade had narrowed to only five points, but then grew back to eight points in 2008. The gap is the largest in high school at 11 points.

While boys today have many more beguiling alternatives to books than they did in the past — including video games, television, and social media — experts say boys’ lack of enthusiasm for reading is not a new phenomenon. Sarah Flowers, a librarian for more than 20 years in Santa Clara County, CA, says that she’s always found boys more challenging than girls when it comes to finding books that interest them. Journalist Peg Tyre says the issue really began hundreds of years ago. In her book, The Trouble with Boys, she points out that three centuries ago John Locke, “lamented that male students were not able to write as well as female students, and he marveled at how much more easily girls picked up foreign languages.”

As boys progress toward college, their reading deficits can hamper their success in other subject areas as well, educators say. Susan Tobia, the assistant vice president for academic affairs at the Community College of Philadelphia, sees the fallout of low reading achievement when boys enter their freshman year of college. Students who have spent less time reading are at a disadvantage when reading becomes a significant part of the program, she says: “College-level classes require critical thinking and reflection, and many of our students are struggling with basic comprehension.”

It’s not only college courses but our contemporary job market that demands high-level reading and writing skills, Tyre points out. Forty years ago there were plenty of employment opportunities for boys who didn’t read or write well. But over the last several decades, jobs for unskilled workers have been outsourced overseas. “There are no illiterate scientists, tech geeks, and engineers,” writes Tyre. “Kids can’t do well in math and science unless they have a strong grounding in reading and writing. But as educators have been making these grand discoveries — and creating literacy-soaked curricula in response — boys have been losing ground in the very skills we now know are paramount.

Experts cite a number of different factors to explain the crisis of boys and reading.

Today’s accelerated academic demands have been hard on boys, who tend to develop more slowly than girls do, according to journalist Richard Whitmire, author of Why Boys Fail: Saving Our Sons from an Educational System That’s Leaving Them Behind.

“The world has gotten more verbal; boys haven’t,” Whitmire writes. “To prepare students for a more sophisticated economy, educators wisely pushed a tougher curriculum down through the grades. Preschoolers today are confronted with challenges first graders faced twenty years ago. On the surface, that makes sense, but educators overlooked the fact that young boys aren’t wired for early verbal challenges.” As a result, many boys fall behind in the early grades — and never catch up.

Boys’ initial developmental delays are often compounded by the way many schools approach reading. As boys reach fourth and fifth grade, the texts that they are reading become more challenging — and no longer have pictures. But boys often don’t receive the support they need to understand or interpret what they’re reading, so they think they aren’t as smart as they used to be and begin to see themselves as non-readers.

At the same time, boys and girls approach reading in fundamentally different ways. Girls are more likely to enjoy relating to characters in books and often equate fiction with reading for pleasure. Boys, on the other hand, “want an immediate function for what they read and learn,” says Jeffrey D. Wilhelm, a professor of English education at Boise State University in Idaho. His books on the topic include Reading Don’t Fix No Chevys and You Gotta BE the Book. Boys need to feel a sense of competence or developing competence, and if reading doesn’t contribute to that then they won’t see much point in it. This is part of “staking their identity,” according to Wilhelm.

Tobia, for example, noted that her own nephew was a reluctant reader until he wanted to learn how to do magic tricks. Then he couldn’t put the instruction manual down.

Reading experts also point out that since the majority of teachers are women, they tend to assign books that are more compelling for girls; meanwhile, boys get negatives messages from parents and teachers alike about the reading material they gravitate toward, which can often be magazines, graphic novels, and books that feature gory scenes or gross humor.

There’s also the issue of role models: if a boy’s father doesn’t read and he’s encouraged to read by his mother and by his (mostly female) teachers, he’ll likely begin to see reading as something girls do. Overall, women read more than men, according to the Pew Research Center. Women are significantly more likely than men to read fiction: a study by the National Endowment of the Arts found that in 2008, for example, 41.9 percent of men reported reading literature, versus 58 percent of women. (Men are slightly more likely than women to be daily readers of current events, according to the Pew findings.)

By the time boys get to high school, large numbers are lagging behind and losing interest in reading; for many, high school reading requirements are the final straw. Says tenth grader Sanjay Mahboobani, “The huge workload that teachers give us for every book is the root of our hatred of reading.”

Wilhelm agrees. “School actually kills engagement in reading for many boys,” he says.

The siren song of the screen

Some parents and teachers blame video games for contributing to boys’ lower achievement in reading and writing, and now there is some evidence to support that theory. A 2010 study by Robert Weis, a psychology professor at Denison University in Granville, OH, found a link between the use of video game systems and lower reading and writing scores. The research showed that video games were “displacing” other after-school activities that might have had more educational value.

Of course, video games aren’t the only electronic entertainment vying for boys’ attention. Computers, phones, iPads, and other mobile devices all keep boys connected to games, videos, friends, and other distractions — everything but reading.

Many parents wonder if shutting off the screens would motivate boys to pick up a book instead. Weis’ advice to parents is to work toward creating some balance between reading and the activities boys consider more fun.

“I don’t think there is much promise in blaming video games,” adds Wilhelm. “We have to find out why they are engaging to kids and then bridge from this to other activities that will also be rewarding for them.”

Teachers, he suggests, need to adopt a similar approach, and, for example, assign activities and projects related to the book the class is reading, instead of expecting them to enjoy sitting and talking about the book.

Wilhelm also points out that boys “experience video games as stories,” and suggests that schools figure out ways to use the games as a resource to get them interested in narrative.

Teens like Sanjay Mahboobani not only find gaming more exciting than reading, they say it’s more social, too. “Reading is more of an individual hobby,” he says, “and I like to be with a group of people rather than by myself.”

Some ways to encourage boys to read:

Set an example by being a reader. Jeffrey Wilhelm recommends that parents — especially dads — read a variety of different materials to convey the message that reading is a way to learn about all different aspects of the world.

Don’t reject what boys are reading. If boys get a negative reaction every time they open a graphic novel or a book filled with gore or off-color humor, they’ll stop opening books altogether. Expand your definition of reading. Magazines, blogs, websites, comic books, and other materials are often more interesting to boys than classic novels because they feature shorter chunks of text, which are more appealing to many boys.

Take advantage of technology. Some boys are more interested in reading if they can use a Kindle or an iPad. Books made for these devices sometimes have interactive features and a boy might not be turned off by the length of the book if he can’t actually see the number of pages remaining. Some boys also prefer audiobooks.

Make connections through reading. If a boy is interested in cars or sports, for example, look for articles and books on these subjects, and discuss them with him after he’s read them.