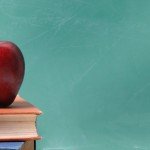 Advertisement
Parenting » School life » You say you want a revolution?

You say you want a revolution?

Great. Because this time parents will have more power than ever before.

You may not hear explosions in the night, but there’s a revolution afoot. What we know as “ed reform” — that cauldron of expert opinion, number-crunching research, and experimental schools — has been heating up for decades. Now with two feature films skewering American education, a presidential call for fundamental change, and billionaire bankrolling, this potent brew is ready to boil over. A call for change is spreading across the country to the people who really count: you, the parents.

This issue has become so important that we’ve created a new section, the State of Education, that cuts through the edu-speak and analyzes the growing ed reform movement from a parent perspective.

Why haven’t parents been at the center of the educational debate from the beginning? Well, we have — even when we didn’t know it. For too long, millions of parents have dealt with our crippled school system with small, individual acts of survival — and even heroism. We complain. We move to another town. We switch schools. We go private. We volunteer for the PTO. We stay up late into the night relearning polynomial equations. And for those of us with few other options, we watch as our children emerge from high school unprepared for college and, sometimes, life itself.

How did this happen in the United States? In this nation of smooth pavement, functional democracy, and 25 flavors of yogurt, how did we screw up our public schools so much that 13% of our high schools can be defined as “dropout factories” and a staggering 40% of students from urban schools don’t graduate? How is it that 68% of 8th graders can’t read at their grade level? How can it be that, compared to other industrialized nations, we rank near the bottom in math and science?

But there are also encouraging signs that the revolution may be uprooting our flawed system. President Barack Obama’s $4.35 billion Race to the Top Fund has prompted 12 states to pass laws requiring that teacher evaluation or tenure decisions use student test scores, while 35 states and the District of Columbia have pledged to adopt “common core standards” in language arts and math. In the past three years, Bill Gates has pledged more than $650 million to improve our public schools, including a massive multi-year research project of 3,000 teachers to discover the secret of effective teaching. A veritable army of reform-minded schools and nonprofits — from Teach for America to KIPP charter schools — have matured enough to be able to document their success and win huge grants to “scale it up.”

Finally, this month the education crisis is getting its Hollywood moment. First Waiting for Superman, a new documentary by Academy Award-winning filmmaker Davis Guggenheim, hits theaters with a heart-wrenching glimpse of five children attempting to get into a good public school. The Lottery, a smaller-budget but equally unsettling documentary about the very same phenomena, premiered this summer. And next week NBC will launch Education Nation, beginning with a two-day summit of more than 300 thinkers, politicians, and business leaders (including Secretary of Education Arne Duncan and New York City mayor Michael Bloomberg) at Rockefeller Plaza and leading to a full week of coverage about our nation’s education system on its many affiliates.

So how do you play a part in the education revolution? The truth is, you’ve already taken the first step. In the weeks ahead, there will be plenty of chances for you to speak your mind about the changes you’d like to see in your child’s school and our education system. Check out the new movies, tune in to NBC, and read up from our collected stories about how hot-button issues like merit pay, teacher effectiveness, test scores, parent activism (and pushiness), and Finland’s stellar schools can inform your opinion as a parent.

We hope you’ll see this site as an invitation to join the ed reform party. Because this revolution can’t happen without you.