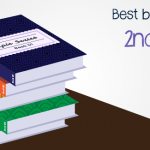 When you introduce your child to a great book series, you just might turn your child into a page-turning, story-loving book fiend for life.

The hook: Awkward, accident-prone Mildred Hubble is the worst witch at Miss Cackle’s Academy for Witches, a magical boarding school. Along with the short and chubby Maud and the prankster Enid, Mildred can’t help but stumble into disastrous situations. But with the help of a little magic, she always manages to save the day. This gentle and funny series is a great introduction to the world of witchcraft and magic mixing friendship, adventures, and fantasy. It’s also a great precursor for young readers who aren’t quite ready for the Harry Potter series. Mildred experiences a series of mishaps in witch school that cause her humiliation, a little fear (not too much), and frustration. She’s a likable character who has good friends and a couple of enemies, including a sharp-nosed teacher named Miss Hardbroom. Children fall from broomsticks, are turned into animals by the wrong spells, and threatened by a band of misfit witches.

The hook: Zack has a knack for finding trouble. Hoping to get a cute little kitten, he accidentally adopts a talking cat who claims to be the ghost of his great grandpa. And a seemingly innocent trip to the dentist turns sinister when Dr. Silver turns into the mouthwash-guzzling Dr. Jekyll. The supernatural plots may sound like thrillers, but the silly books in this hilarious series are more full of spoofs than spooks, and they’re a great choice for reluctant readers.

Find our favorites at your local library: Great Grandpa’s in the Litter Box, I’m Out of My Body, Please Leave a Message , My Son, the Time Traveler, Tell a Lie and Your Butt Will Grow.

The hook: Three separate hilarious adventures of brothers Orville and Wilbur and their mother, who is also a school principal, will attract young readers who love silliness. With plastic bugs constantly flying, the brothers become spies and movie stars, celebrate “dwitch say,” and almost get into big trouble.

Perfect for: Siblings with a sense of fun.

The hook: Second graders can’t get enough of this hilarious series. Both boys and girls relate to Freddy and his best friend, Jessie, who happens to be a girl. In fact, she is the star hockey player on the peewee hockey team. Readers delight in Freddy and Jessie’s antics, as Jessie tries to help Freddy get a spot on her team. Of course, no school story would be complete without a class bully. Find out if Freddy can outplay “Max the Bully” in this entertaining read.

The hook: No case is too big — or too small! — for this cunning boy detective. Fueled by pancakes and joined by his trusty dog, Sludge, Nate the Great uncovers clues around his neighborhood to narrow down his list of subjects and cracks the case in more than two dozen books. This funny series is a great introduction to mysteries and hooks even reluctant readers as they try to uncover clues along with this budding Sherlock Holmes.

The hook: Ada is a scientist, and her curiosity is never satisfied. Why are there pointy things stuck to a rose? Why are there hairs up inside of your nose? Ada never stops observing and asking questions. Her parents and teacher have their hands full with her endless questions and experiments. Told in irresistibly clever rhymes, this series inspired by real female STEM pioneers will inspire all kids to love science.

The hook: Wondering what the planets look like close up? Or what it’s like inside the human body? Jump aboard the magic school bus with Ms. Frizzle to find out! These fun-to-read books break down complicated scientific concepts into terms young readers can understand and enjoy. Thanks to her wacky outfits and the help of her magical bus, the ‘Friz has helped get kids hooked on science for more than three decades. The series spans more than one hundred books and has inspired a PBS Kids show.

Perfect for: Kids who like science (whether or not they know it yet).

Cam Jansen and the Mystery of the Babe Ruth Baseball

The hook: Jennifer “Camera” Jansen uses her photographic memory to save the day once again! At a hobby show a man’s prized Babe Ruth baseball goes missing. Cam clearly remembers a boy in a green jacket standing very close to that same baseball, but can she prove it.

The Hook: Sweet, curious, spunky second grade Keena Ford just wanted to see her friend’s class. She didn’t intend to get caught under the teacher’s desk. She accidentally wrote her birth date incorrectly; is she supposed to turn away the birthday cake now that it’s in front of her? Keena, whose life seems to be a series of unintended consequences, captures it all in her journal (causing even more problems). Her adventures will appeal to boys and girls alike as she attempts to get what she wants, do the right thing, and stay out of trouble.

Perfect for: Kids who like to laugh and who are familiar with trouble

The hook: This wildly popular, award-winning series of some 46 books and counting features Jack and Annie, who discover a Magic Tree House where they can pick up any book — on pirates, King Arthur’s court, ninjas, dolphins, Shakespeare, tornadoes — and enter that world. Every book is a page-turner and will teach your child an encyclopedia’s worth of world history, culture, and literature.

Perfect for: Any child who thrills at the notion of time-traveling to the greatest moments in history.

Find our favorites at your local library: Dinosaurs Before Dark, Eve of the Emperor Penguin, Blizzard of the Blue Moon.

The hook: Sassy, opinionated, and sometimes downright smart-alecky, Junie B. Jones’ grammatically incorrect antics offer girls a glimpse of a take-no-prisoners attitudinous little whippersnapper of their own gender. Role model? Not according to all adults. But for the family that embraces the absurd and young readers who understand the difference between fictional funny and real-life rude, her stories can grab many kids by the lapel and make them chapter-book aficionados overnight.

Perfect for: Beginning chapter-book readers with an irreverent streak.

The hook: Ivy & Bean are opposites in nearly every way — and yet they’re the best of friends. Whether they’re transforming a dirt pile into an erupting volcano, taking up dance-to-death ballet, or trying to scare away the ghost haunting the girl’s bathroom at school, they’re imaginative and true to a 7-year-old’s sense of fun, mischief, and wonder.

Perfect for: Kids who love to let their imaginations run wild and who love stories about friendships.

Find our favorites at your local library: Ivy & Bean, Ivy & Bean and the Ghost that Had to Go, Ivy & Bean Doomed to Dance.

The hook: Perfectly captures the love between a 180-pound, drooling dog and a lonely young boy who — finding himself without brothers, sisters, or friends — can face any struggle (moving to a new neighborhood, being achingly bored at home on a rainy day) with his best friend, Mudge.

Perfect for: Boys who love enormous dogs (and the dogs who love them back).

The hook: This series, which spans more than 100 books, begins with the introduction of the four recently orphaned Alden children who range in age from 5 to 15. Desperate to avoid being sent to live in separate homes or with their frightening-sounding grandfather, the plucky kids run away and set up housekeeping in an abandoned boxcar. The siblings enjoy mini domestic adventures without the interference of adults until 10-year-old Violet falls ill. These old-fashioned but engaging stories are a sweet introduction to chapter books for young readers.

Want to see the movie? Check out the 2014 animated film featuring Martin Sheen and J.K. Simmons, which follows the plot of the first book in the series.

Perfect for: Kids who have ever fantasized about a world with no grown-ups.

Find our favorites at your local library: The Boxcar Children, Surprise Island, The Yellow House Mystery, Mystery in the Sand.

When we meet plucky, savvy, list-making, 7-year-old Jules, she is determined not to mess up at her audition for a mouthwash commercial. She will not, for example, accidentally burp into the microphone when she’s singing. Jules’ flair for drama make this story, the first in a series, appeal to a wide age range.

Perfect for: Fans of Judy Moody and Clementine.

Lola Levine is Not Mean!

This first book in a new series of chapter books follows Lola Levine, a high energy, biracial, and bicultural second grader, who is very comfortable in her own skin. Her artist father is Jewish and her journalist mother is Catholic and grew up in Peru. Lola likes having a tía (aunt) on one side and a bubbe (grandma) on the other. She also loves playing soccer and writing, especially funny notes. Lola is super-competitive and only has one good friend, a boy named Josh. Things get worse when she accidentally hurts a classmate playing soccer at recess. That’s when everyone starts calling her “Mean Lola Levine.” Josh stands up for her and yells: “Lola Levine is a … soccer queen!” With help from Josh, her parents, and her principal, Lola learns to be a better team player and friend.

The World According to Humphrey series

The hook: Humphrey the hamster loves learning and he loves his friends, the kids in Mrs. Brisbane’s third grade class. It’s fun to experience school through the eyes of Humphrey, who manages to help the kids with their schoolwork and friendship struggles, even though his classroom friends only hear squeaks when he talks to them. This is the first book in a series of Humphrey’s small but surprisingly thrilling adventures as a classroom hamster.

Perfect for: Kids who love animals.

The hook: Mr. Wolf has sharp teeth, terrible claws, and a bad reputation, but he and his friends Mr. Piranha, Mr. Snake, and Mr. Shark are on a mission to convince you that they really are good guys. First, they rescue a kitten from a tree. See? Good guys. For their next caper, they plan to break two hundred dogs out of the maximum-security dog pound. This goofy graphic novel is the first in a series. The slapstick humor and funny drawings will help engage reluctant readers.

Perfect for: Kids who love superheroes and antiheroes.