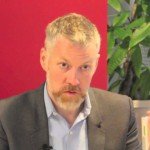 LD expert Ben Foss, who wrote The Dyslexia Empowerment Plan, says there’s a lot of uncertainty when it comes to Common Core testing — and a lot of questions parents need to ask.

“A big issue is to be making sure that the child’s IEP specifies which specific technologies they get. Do they get a screen reader? Do they get a spell checker? Do they get extra time and nailing those down in a document that you can bring in. Because you need to have a bureaucratic record and a legal record that you can present. A second issue is in the environment. There’s going to have to be access to learn how to use those tools. For example, a lot of the screen readers have a very robotic voice. Some kids don’t like robotic voices. They’re going to need to have an opportunity to train and learn how to use that voice. That’s a challenge that I don’t know how they’re going to approach it. The final question is going to be how widely do they allow access. On the one hand, they could say we can add a screen reader for every student in the science part of the test. We’re not testing your ability to read. We’re testing your ability to do science or math. So we can have this just read out what’s on the screen. That’s one option. Give it to everyone and then you just turn it on. Another option is you have to check a legal box in order to get into this special feature. Depending on how they implement that, they’ll be different challenges. The final thing is just rolling out technology is always complicated and they’ll be bugs. They’ll be uncertainties. I know as a dyslexic person when I was going to school, I mean I was at a fancy school that had lots of money and we still had computers die, disk drives not work, and the Wi-Fi wasn’t working today. And that just happens when you engage technology. The pen is a piece of technology, is a very basic piece of technology that we all know how to use. And that’s going to be a question as well. So there’s layers of complexity here. It comes back to the core message, which is as a parent you have to be the chief advocate and you have to train your child to advocate for themselves.”