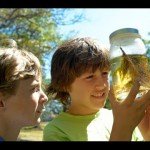 Every kid has something that interests them, says psychologist Madeline Levine, so don’t give up on a kid who checks out or appears lazy. Parents can help by encouraging kids to develop their interests and talents — whatever they may be.

Video transcript: Every kid has something that interests them. You know people say “oh my kid is bored” or “my kid is lazy.” I’ve been a psychologist treating kids and teens for 30 years, I don’t see it that way. I see kids who are not engaged because the platter that is being offered to them does not include the kind of things that interest them. But if we had a broader curriculum for kids, then I think every kid has something that really does interest them. And it’s our failure to understand how a broad skill set can be useful in life. So every once in a while somebody will say to me, “You know I don’t know what my kid is going to be. All she can do is she talks to her friends all the time. She’s always solving their problems.” And it’s like “oh so she can be a psychologist." So I have a short story. When my oldest kid played softball, there was that one kid in the back of the field — who always got put out in the back of the field cause he would wander off. Hit a ball and where’s Tony? Nobody could find Tony. And Tony was always off in the woods finding plants. So Tony was like the weird kid, right? Well actually, Tony is now the head of botany at a major university. So it’s just understanding that there’s a lot more in life, and that so many of these skills that we’re quick to dismiss actually are particularly useful given the needs of the global economy in the 21st century — creativity and collaboration, communication skills. These are the things that business after business after business is saying we are looking for in our new hires.