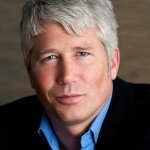 Similar studies around the world have found a consistent difference between girls and boys in terms of how they react to their school environment, says NurtureShock author Po Bronson. “The lesson — the real lesson — is we need to teach kids when to turn their competitiveness on and when to turn it off,” he says. Learn why.

Video transcript: “This relates to people’s ability to turn competitiveness on — and turn it off. Okay, and this research comes from a study of every single child in Trinidad and Tobago. It comes from a study of five million UK school children, comes from a study of Chinese universities, where the kids, when they go to a university, you actually stay in the same dorm room with your four dorm mates for all four years. And then also studies done on charter schools in the American South. And the most amazing thing about it, is that when girls go to these charter schools, they uniformly do well. When boys who went to elite middle schools learned less math than boys who didn’t go to the elite middle school, went to just a very good middle school. All this science, the pattern is showing, is that in elite, hothouse schools, girls almost uniformly do well. But a percentage of boys will actually do worse. And what’s happening in that school is that the boys cannot turn their competitiveness off. They’re comparing themselves to the other boys ahead of them in the sort of academic ranking system. And if they’re kind of on the bottom, they shrink away from that competition, they start to feel bad about themselves, they’re less able of asking for help. Now all of these schools, what makes them great is there is a lot of resources. And those resources help all of the kids. But there’s also competitive pressure. And that competitive pressure can hurt some of the boys in a way that it’s not hurting some of the girls. Okay, so take my kid out of a hothouse school, take my boy out of an elite school. That’s not the lesson of this. The lesson — the real lesson — is we need to teach kids when to turn their competitiveness on and when to turn it off. And we need them to not always relentlessly compare themselves to others. And, it’s not that you can’t go to a great school and let the resources and some of the social forces help you get to college. It’s more that, you know, if you are one of the B students in a school where there’s mostly A students, you know, that’s okay, and not to feel bad about yourself. And to still recognize it’s a good school and that you want to be there, and to be okay with that. It’s when boys are punishing themselves over that, that they’re sort of cycling downward.”

Get the GreatSchools newsletter - our best articles, worksheets and more delivered weekly.
Sign up
Advertisement
Advertisement