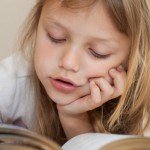 Pioneering pediatricians describe what brain research can teach parents and professionals about dyslexia.

In May 1999, Schwab Learning, a former program of the Charles and Helen Schwab Foundation, hosted a lecture by Drs. Bennett and Sally Shaywitz, nationally known researchers on reading processes and learning disabilities. Following is a summary of their lecture, in which they described their research into the neurological basis of reading disabilities.

The Drs. Shaywitz, perhaps best known to the general public as the scientists who mapped gender differences in language processing and who recently made the news again for their study on the role of estrogen in memory, have been studying learning for more than twenty years. They are co-directors of the National Institutes of Child Health and Human Development’s Yale Center for the Study of Learning and Attention.

The doctors have a gift for translating brain science to the lay listener, alternating between complex charts and Far Side cartoons with humor and ease. As pediatricians and parents, they share a passion for seeing research findings shape and guide educational practice for both children and young adults. Using methods ranging from longitudinal population studies to high-tech brain imaging, the Shaywitzes have been responsible for major changes in the way society views learning disabilities.

Research unlocks the secrets of the brain

Their work with functional magnetic resonance imaging (fMRI) has shown that dyslexia is neurobiologically based. Their continuing study of a broad sample of Connecticut schoolchildren has determined that dyslexia and reading problems occur equally among boys and girls, though boys are identified more often. Their studies also reveal that reading disabilities are pervasive over time. Their research on reading extends from epidemiology and developmental issues through cognitive and neurolinguistic mechanisms to neurobiologic mechanisms.

The Connecticut Longitudinal Study, begun in 1983, has tracked the reading performance and ability of more than 400 kindergartners. Children came from a broad range of backgrounds with a wide variation in abilities. The researchers studied everything from prenatal care to educational experiences, in order to see how children learned to read and what factors contributed to reading problems. The study determined that reading problems occurred in 1 out of 5 children, and that the deficit in reading difficulties occurs at the linguistic and phonologic level.

The phonologic model has been discussed by the Shaywitzes and by many other researchers. Numerous research studies have shown that reading problems result from children’s inability to recognize and break up phonemes, the tiny sounds that make up language, and further, to connect those sounds to written letters. The English language has 44 phonemes, represented by 26 letters. Dr. Shaywitz explained that phonology (the mapping of sounds to letters) is what takes reading out of the realm of pure memory and allows readers to decode words they don’t yet know.

Indications of phonological problems include confusing similar sounds. Dr. Shaywitz used the example of former president George Bush, legendary for mixing up words unintentionally. One of the classic “Bushisms” occurred when he was greeting guests at a party. What was meant to be “Welcome to this lovely reception” came out as “Welcome to this lovely recession.” George Bush has a dyslexic son and such problems often run in families.

While phonological deficits had been identified as the chief cause of reading disabilities, it took functional magnetic resonance imaging (fMRI) studies to make the hidden disability visible. fMRI measures and records the level of blood oxygenation in areas of active brain tissue. The fMRI technique has many advantages. It is non-invasive, can be done repeatedly, uses no radioactive isotopes (as did earlier PET scans), and is safe for children.

Bennett Shaywitz and his colleagues discovered that while good readers used the front and back of the brain for phonological processing tasks, dyslexic readers use only the front of their brain, and then, use it more intensely than the good readers. This was discovered by asking study participants to perform visual, spatial, orthographic (letter-related), phonological (sound-related), and semantic (word meaning) tasks and monitoring the areas of the brain used.

Besides localizing component processing in reading and illustrating functional organization of the brain in dyslexia, fMRI can be used to track the effects of educational interventions. In an effort to explore the effects of educational interventions further, Dr. Shaywitz is currently running the STARS study in collaboration with Benita Blachman of Syracuse University. Sixty-three second and third graders, thirty-four of them dyslexic, are participating in the study. They are given fMRIs, then provided with intensive, individualized, explicit instruction for fifty minutes a day. The study is still underway. Future uses of fMRI include early and more accurate identification of reading disabilities and a sensitive index of treatment effectiveness.

While fMRI techniques are not yet available to the general public, there are accessible and usable ways to predict, prevent, and work with reading problems. Sally Shaywitz was a member of the team responsible for the National Research Council’s “Preventing Reading Difficulties in Young Children.” She is currently a member of the National Reading Panel created by the Director of the National Institute of Child Health and Human Development (NICHD) to study the effectiveness of various approaches to teaching children how to read and to report on the best ways to apply these findings in classrooms and at home.

Known risk factors for preschoolers include:

Dr. Shaywitz discussed ways in which phonemic awareness could be developed and measured and suggested important components of kindergarten screening. She stressed the importance of direct, explicit instruction that is systematic, sequential, and supportive.

Finally, she addressed the importance of adopting a lifespan approach to learning and disability management. While young children may benefit from intervention, young adults learn best with accommodations (such as extra time). Accommodations allow youth and adults to access their “sea of strengths.” While LD adults do not have decoding skills, they compensate by using reasoning, concept formation, comprehension, general knowledge, critical thinking, vocabulary, and problem solving skills.

Dr. Shaywitz went on to propose a “bill of rights” for learning disabled college students , which included:

Finally, Dr. Shaywitz discussed various pitfalls of standardized testing and supported the idea of extra time for LD students taking standardized tests. She cites the recent Boston University case which questioned the fairness of accommodations for learning disabled students. “Accommodations, by themselves, do not promote success; accommodations only act as a catalyst that allows success.”