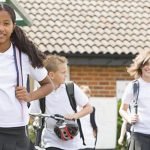 The truth about charter schools

Charter school is a loaded term. Prejudices abound and misconceptions reign. Here’s what you need to know when considering a charter school for your child.

No, no! Charter schools are really small experimental schools with crazy classes in things like underwater basket weaving.

That sounds like a euphemism for teaching to the test!

I heard charter schools are corrupt — they’re just a way for corporations to make money off the government.

That’s not true! The charter schools I’ve heard about are amazing, but they’re impossible to get into.

Overhearing a conversation about charters schools can be like the story of the blind men and the elephant — opinions can vary so widely that they seem to be describing different realities.

The truth about charter schools

So, what’s the truth? Charter schools aren’t one thing: they range from the smallest classroom — your child alone at your home computer — to multi-campus, nationwide organizations with dozens of schools. They include very strict schooling models with young scholars in uniforms sitting in rows to progressive places where barefoot kids learn academic subjects primarily through art projects, and everything in between.

What do charter schools all have in common? They are independent entities that have received a charter, which is a set of self-written rules (and promises) about how the school will be structured and run. Essentially, they are able to organize a school that’s outside the control of the local school district but still funded by local, state, and federal tax money. This allows charter schools to create free public schools that don’t have to follow the same regulations as district schools. Sometimes this results in a very high-performing school, sometimes not. This approach to education tends to produce a more diverse range of schools than might traditionally be found within school districts.

One thing’s for certain: the charter movement is spreading like wildfire across America. New Orleans became the first major American city to transform most of its public schools into charter-run operations in 2005. Today, more than two million students attend about 5,700 charter schools nationwide, each with its own rules and education model. In the 2011-2012 school year alone, 518 new charter schools opened, boosting charter school enrollment by 10 percent in a single school year, according to the Center for Education Reform’s June 2012 policy update.

Charter schools are like traditional public schools in important ways:

Charter schools differ from traditional public schools in many ways:

Charter school groups often describe their efforts as a movement, a reaction to poorly run public schools. Many were founded by groups of committed parents or community leaders who wanted a larger role in shaping the quality of their schools. Parental involvement is often more than encouraged, it’s expected. Many charter schools begin each year by asking parents to sign an agreement to support the school and their child’s learning, including a pledge to contribute a certain number of volunteer hours.

The myths about charter schools

But because every charter school is different, there are a lot of misconceptions about how they’re run and what they offer students.

True, some are, but this is the exception, hardly the rule. All charter schools are guided by their own charter, which means they have the flexibility to develop nontraditional academic programs or curricula that’s innovative or fits special needs. Some charters offer education with an emphasis on the arts, STEM, foreign languages, or music. Others have an old-fashioned back-to-basics approach, while others have highly experimental approaches. There’s no way to know until you visit.

The moral for parents? Generalizations about charter schools — negative or positive — won’t help you figure out which school is right for your child.

MYTH #4: Charter schools are a hotbed of corruption — it’s just a way for corporations to make money off the government.

Aside from some headline-grabbing charges alleging fraud in Philly, a big embezzlement bust in Ohio, and other similar scandals across the country, charter schools by definition aren’t doing anything illegal.

Charter schools run on public funds — and it’s money that would otherwise be used in traditional public schools, which is a key argument against charter schools. The oft-heard argument that “charters are stealing from public schools” is political, not evidence of corruption. As these schools mature, many face the process of renewing their charters. Some schools have closed when it’s time for review because of financial problems, poor test scores, or low enrollment. About 15 percent of charters have closed since 1992. One common problem is that charter schools, on average, receive less money to operate their facilities than public schools. The result? Facilities become rundown faster, and the schools have to close.

MYTH #5: Charter schools are impossible to get into.

Although by law they can’t discriminate by disability, gender, race, or religion, popular charter schools can be difficult to get into — but it’s certainly not impossible. To enroll your child in a charter school, you may need to submit a separate application for each charter school in addition to the district application — and sometimes they have different due dates. If there are more applicants than open spots, charter schools may use a lottery system to fill the vacancies: some of the lotteries are public events where winning numbers or names are drawn and called out, while others are computer-run with notifications sent by mail.

The good news is that many charter schools don’t limit enrollment by where you live, so parents can look outside their neighborhood to find the best charter school. The bad news? Charters can be so popular that you may find yet another lottery and waiting list when you get there. Across the country, there are about 610,000 students waiting on lists to get in.

The bottom line: look into the charter schools in your area as yet another school option. It’s impossible to know if there’s a charter school that’s right for your child until you go inside and see the school for yourself.